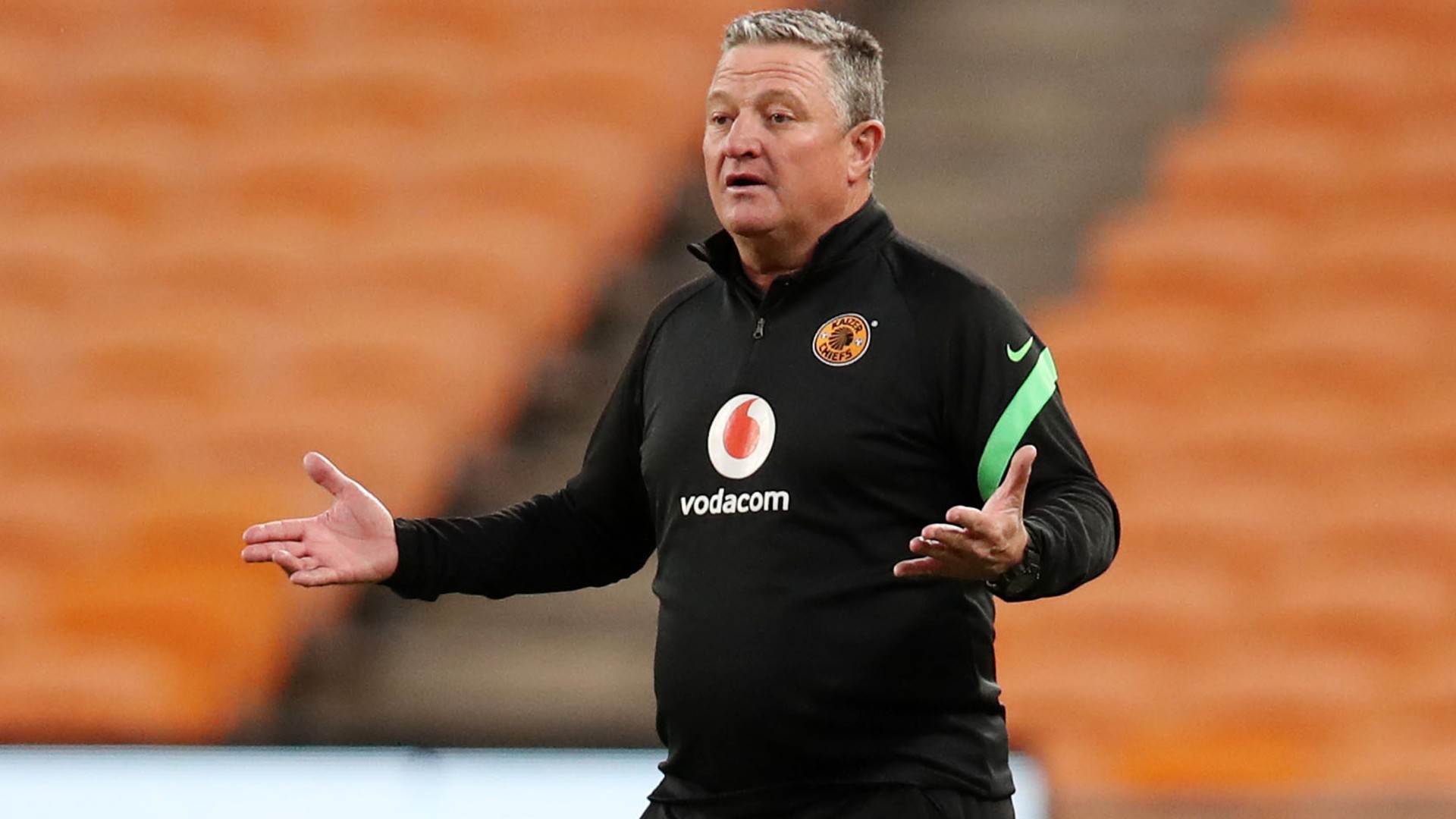 Kaizer Chiefs head coach Gavin Hunt has to juggle his team through injuries and suspensions, while he looks to reach a major milestone against Black Leopards on Wednesday.

The 56-year-old tactician will mark his 900th game as a coach when Chiefs take on his former side, Leopards in a PSL game at Thohoyandou Stadium and he will extend his record as the longest-serving professional coach in local football.

Hunt took charge of his 889th competitive match as Chiefs were thrashed 3-0 by Tanzania's Simba SC in the Caf Champions League quarter-final second-leg clash over the weekend, but Amakhosi won the tie 4-3 on aggregate.

The former SuperSport United mentor has now turned his attention to the domestic league with Amakhosi left with three games with the team having endured a long and exhausting season juggling their Champions League commitments with local football.

“Well, it’s part and parcel of what’s been happening this season, which is good. But we now have to get our league form right," Hunt told the club's official website.

However, the four-time PSL title-winning coach will have to find a way to mastermind a win over Leopards without central midfielders Willard Katsande and Njabulo Blom, who are both suspended.

“We have had endless problems for every game. Players have not all been available right from the start of the season," the experienced mentor continued.

"That is what it is, we just have to take this game in front of us on Wednesday. We are going to have a lot of players out on Wednesday due to suspension and injury, so we will have to work with those who are available."

Chiefs also provided an update on Khama Billiat, Dumisani Zuma and Lebohang Lesako with the trio set to miss the clash against Lidoda Duvha through injury.

"While Hunt is nearing 900 career games as a coach with teams in the top-flight, he does head to Thohoyandou without Willard Katsande and Njabulo Blom who are suspended, as well as a long-term injury concern for Khama Billiat," a club statement read.

"In addition, Dumisani Zuma and Lebohang Lesako are missing through injury."

Chiefs will be desperate for a win against Leopards which would boost their hopes of finishing in the top eight in the league and also secure safety from relegation.

Amakhosi are currently placed 11th on the standings - five points above the relegation zone and three points behind eighth-placed Baroka FC, but the Soweto giants have a game in hand.