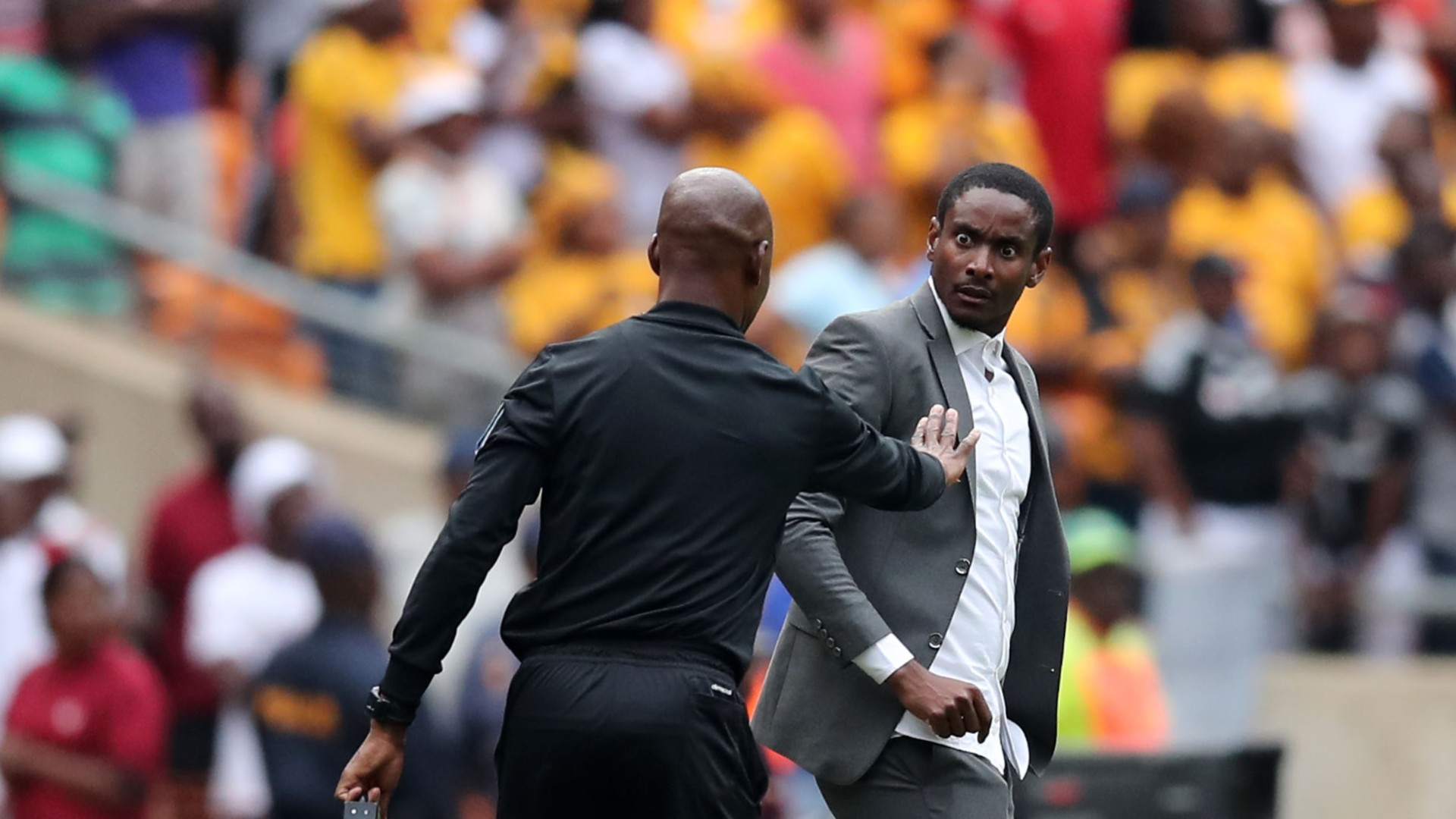 The 35-year-old coach re-united with Pitso Mosimane at Mamelodi Sundowns this week, and his father is pleased that he's left the Buccaneers

Rhulani Mokwena's father, Julius 'KK' Sono, has expressed his delight that his son is back at Mamelodi Sundowns.

According to Sono, Mokwena's move to the Brazilians will settle the coach's mind out of the rift between the Sonos and Orlando Pirates chairman Dr Irvin Khoza.

Sono has a long-standing feud with Khoza and in 2015, he filed court paper over the ownership of the Sea Robbers.

"That's an outstanding decision. It will settle his mind out of Orlando Pirates dispute between dad and Irvin Khoza," Sono told Sowetan.

"I'm very happy that he went to join Sundowns. It won't create an enemy between me and my son anymore because he is neutral and he is going to prove himself where he is now with Pitso Mosimane."

Sono said the relationship between him and Mokwena got strained when the young coach left the Brazilians for Pirates in 2017.

He revealed Mokwena used to visit him regularly while at Sundowns but they only met at funerals during his two-and-a-half-year stay with the Buccaneers.

"While he was with Sundowns back in the day, he used to visit me most of the time, but at Pirates, since he was hired, I only met him at funerals. Other than that, we were communicating via a telephone," continued Sono.

Mokwena joined Pirates as Milutin Sredojevic's assistant and would go on to spend two years in the position.

In his third season with the club, Sredojevic resigned, and the management elevated Mokwena to the position of an interim head coach, a position he occupied for four months before being replaced by Josef Zinnbauer in December 2019.

However, he couldn't see eye-to-eye with Zinnbauer and therefore requested 'leave' to further his coaching studies.

Mokwena never returned to his position as he was loaned out to Chippa United for the remainder of the season.

He only took charge of one match at Chippa United - and this was before the league was suspended due to the coronavirus pandemic.

When his contract with Chippa United expired on June 30, Mokwena wasn't offered an extension to at least finish the season and Sundowns offered him his old position alongside Pitso Mosimane and Manqoba Mngqithi.

The 35-year-old mentor is expected to reunite with his colleagues in Rustenburg later this week as he awaits his Covid-19 test results.