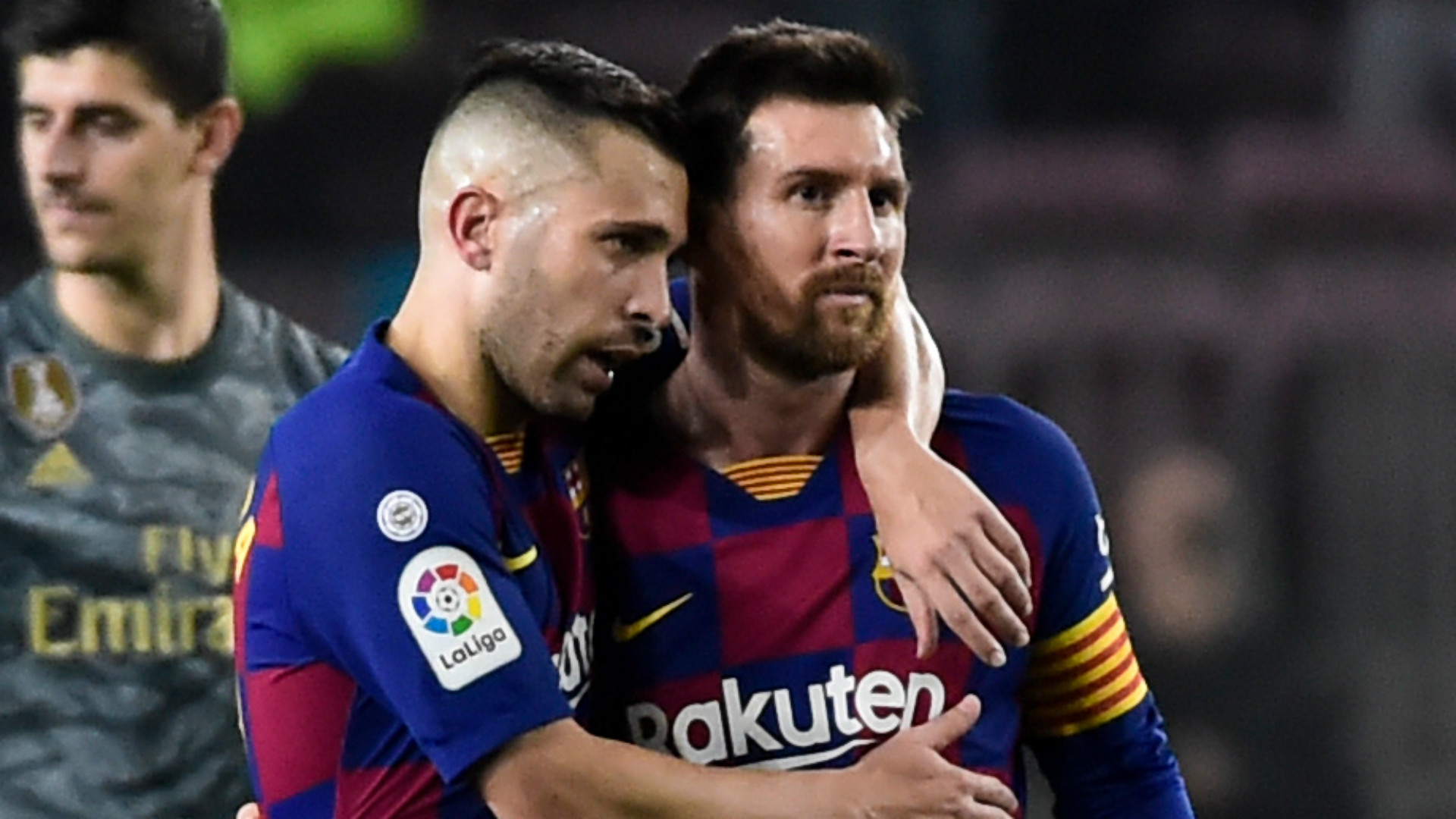 Jordi Alba has hit back at claims he was partly to blame for Lionel Messi leaving Barcelona this summer, with the long-serving full-back refuting accusations of snubbing a pay cut.

Financial struggles at Camp Nou have dominated headlines over recent months, with debts preventing the Liga giants from doing business many expected to be completed.

They were unable to get a new contract in place with six-time Ballon d'Or winner Messi, leading to him joining Paris Saint-Germain as a free agent with cost-cutting exercises not coming quickly enough to allow salary cap demands to be met.

Blame has been pointed in various directions on the back of Messi's departure, but Alba - who boasted a strong bond with the Argentine on and off the field - insists he is being unfairly singled out.

The Spain international defender told reporters after the 4-2 win over Real Sociedad for a new-look Barca side: "Apart from being the best ever, Leo was the one who understood me best, so imagine the efforts I would have made for him to stay.

"It's not true [that Messi left because of a pay cut the captains rejected]. The Messi stuff was separate from the captains, between he club and him.

"I can't control everything that's said, but I've been around. Nothing will surprise me. If 10 out of 10 news articles about Jordi Alba are negative, it's normal that people think badly. I can't stand being doubted."

Will Alba take a pay cut?

Barca are still working on getting their house in order, with Gerard Pique confirming that the four captains within the club's squad will take pay cuts.

That group includes Alba, who insists that he never turned down those demands earlier in the summer because no discussions were held.

The 32-year-old added: ""When the club talks with me, I am willing. I'm from here, spending my whole life in Barcelona. That my commitment is questioned hurts me a lot. As the president hasn't spoken specifically about this yet, I suppose he will speak and he'll tell the truth."

Alba added: "My lawyers have spoken to the club. Pique's was concluded first simply because of the timing but the willingness of all the captains was always as it had to be.

"The lies annoy me, they tire me. I can put up with a lot, but I suffer for my family and the things they have to hear."