Joao Felix wants to grow like Griezmann under Simeone at Atletico 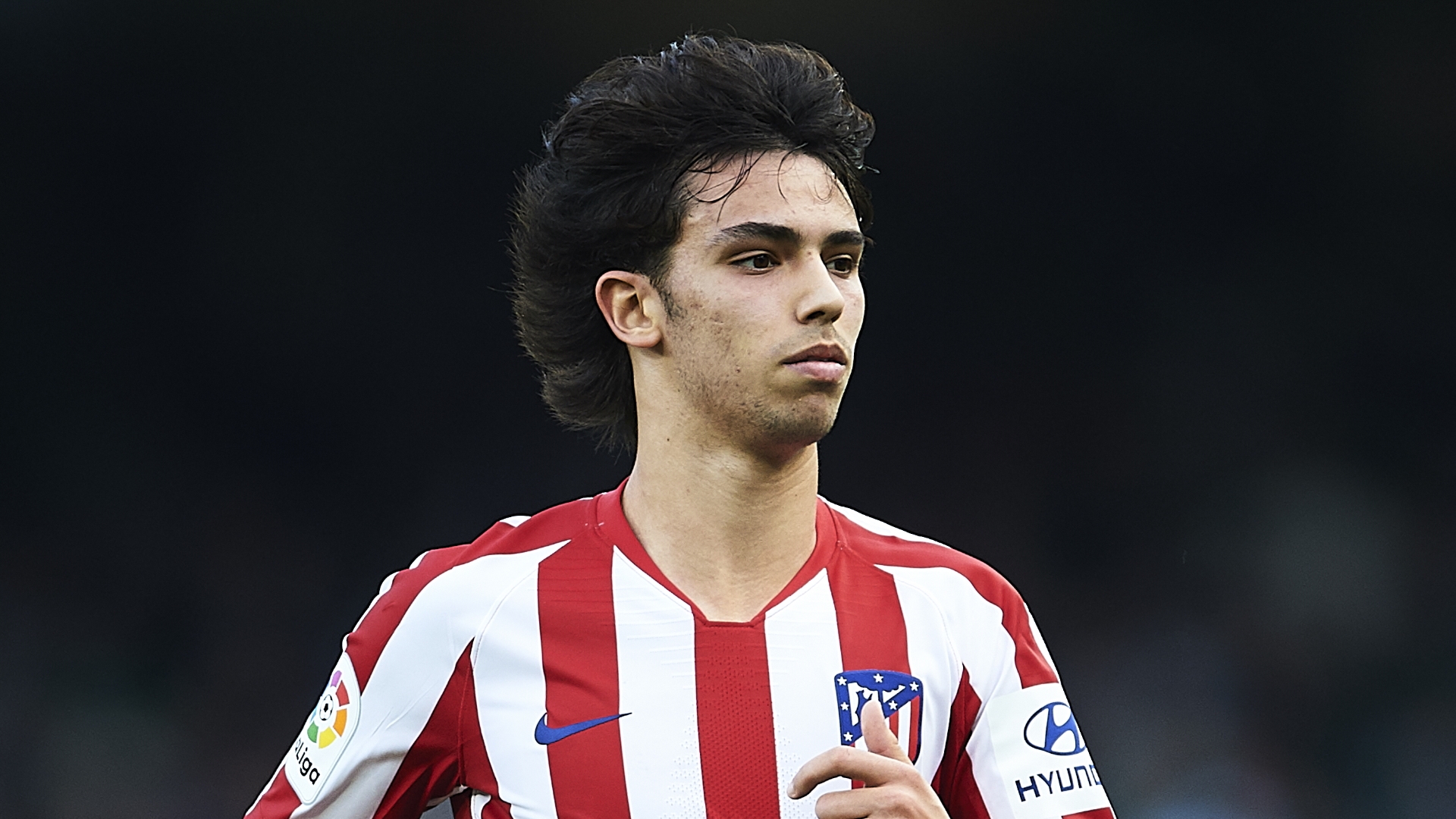 The Spanish giants have yet to consistently see the best of their record signing, who says he wants to mirror a club legend's rise to prominence

Joao Felix hopes to emulate Antoine Griezmann's rise under the stewardship of Diego Simeone, whose style of football the Portugal star insists he has no problem with at Atletico Madrid.

Atleti stumped up €126 million (£113m/$148m) to sign the prodigious forward from Benfica after Griezmann departed for Barcelona, beating several suitors across European football to his signature.

It has been a hit-and-miss debut campaign for Joao Felix, who has so far scored eight goals and provided three assists in 35 appearances across all competitions.

Inconsistent form and injuries mixed with flashes of brilliance have been the story of his season, but the 20-year-old still harbours ambitions of becoming a star at Atleti like Griezmann before him.

"If I can do what Griezmann has done or improve it, it will be fine because he has made history in this club," Joao Felix told Marca.

"He has done it very well, he has grown a lot with El Cholo [Simeone], and if I do it the same, better for me."

Some pundits have suggested that Joao Felix's attacking nature is at odds with the rigid nature of Simeone's coaching style.

Simeone has maintained Joao Felix will show his best form once he has fully adapted to La Liga, though, which the Portugal international agrees with.

"Many people say one thing, others say another, but I am here to play Cholo football and I do what he asks," he added.

Joao Felix's situation has been likened to that of Sergio Aguero, who scored just six La Liga goals in 38 appearances in his debut campaign at Atleti before becoming a fan favourite and earning a move to Manchester City.

"Kun is now a great player, but when he was at Atletico, I was five years old and I don't remember anything," Joao Felix, who overtook Aguero as the youngest Champions League goalscorer in Atleti history, said of such a comparison.

"It's good to break records, all the players like to make history and of course I'm happy to be part of Atletico's history and to have surpassed a player like Kun."

As for the criticisms, Joao Felix says the comments of others do not affect him.

"As I said, I play because I like it and I am not worried about what the press or others think.

"I try not to see [the criticism], but there are some that I hear or come to me, but what am I going to do? Listen and follow my work."

There is high interest in Joao Felix this week as he returns home with Atleti to complete a Champions League campaign disrupted by coronavirus with the tournament being finished in a one-match knockout format in Lisbon.

Atleti face RB Leipzig in the quarter-finals on Thursday and Joao Felix is excited to be playing on home soil.

"Yes, the Champions League is always the high point of any player and even more so playing it here in Lisbon, at home, I am very happy and it is very good for me," he said.