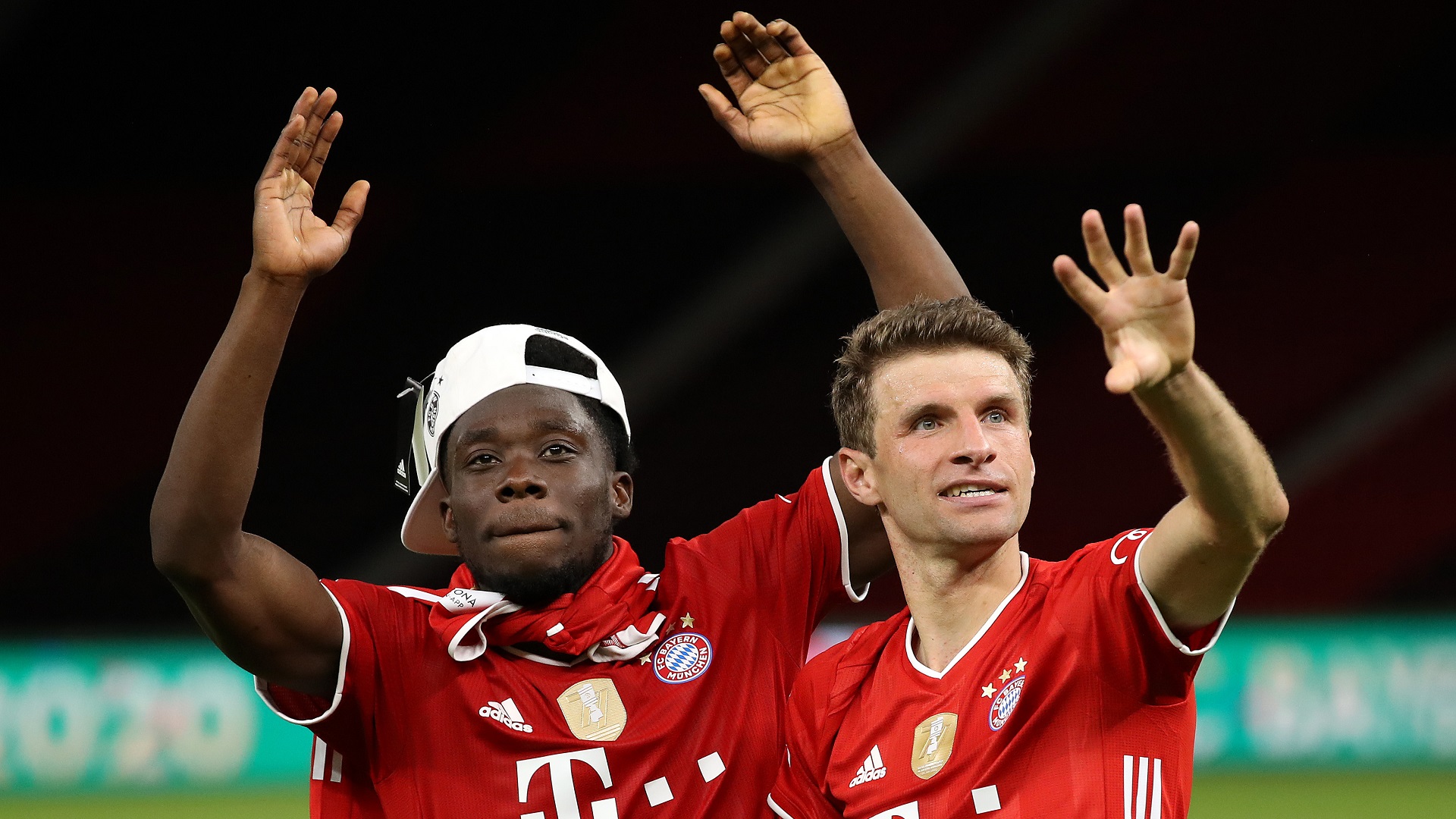 Hansi Flick's side claimed a 4-2 victory over Bayer Leverkusen in the cup decider on Saturday with a second-half double from Robert Lewandowksi wrapping up the result.

Early goals from David Alaba and Serge Gnabry set Bayern on their way, with the reigning Bundesliga champions claiming a 17th straight win in all competitions.

Muller, who played until the 88th minute, was in a reflective mood post-match and conceded the club's success would have been even sweeter if fans were in attendance.

"It's a bit of a sad moment. When the fans are missing at a cup final like this, it's not the same," Muller told ARD. "We did well for most of the way, but it hurts a little bit too."

While German football was one of the first to resume amidst the coronavirus pandemic, games have continued to be played without crowds.

Though Muller's joy was twinged with some sadness, Bayern coach Flick was thrilled with what he saw from his side as they now turn their attention to the Champions League.

"We leave the stadium proud that we have achieved this. What the team has achieved in the last few weeks is sensational," Flick told Sky post-game.

"The attitude is simply fantastic. I am very, very happy. The way the team performs is extraordinary. Today there is only joy."

Veteran goalkeeper Manuel Neuer believes Bayern's continued success in the face of interruptions caused by the pandemic is a sign of the club's strong mentality with a treble now in their sights.

"We have experienced in the last few weeks how motivated and hungry FC Bayern is," Neuer told Sky.

"What we have achieved is something very special. The attitude was sensational. We have a little break now, and then we'll prepare ourselves at the top and of course try to bring in the treble."

Bayern's hopes of securing a treble will next be tested in early August when they face Chelsea in the second leg of their Champions League last-16 tie.

Flick's men claimed a 3-0 win in the first leg to put them in the box seat to progress to the quarter-finals, with Liverpool manager Jurgen Klopp recently declaring Bayern as one of the favourites for the competition.