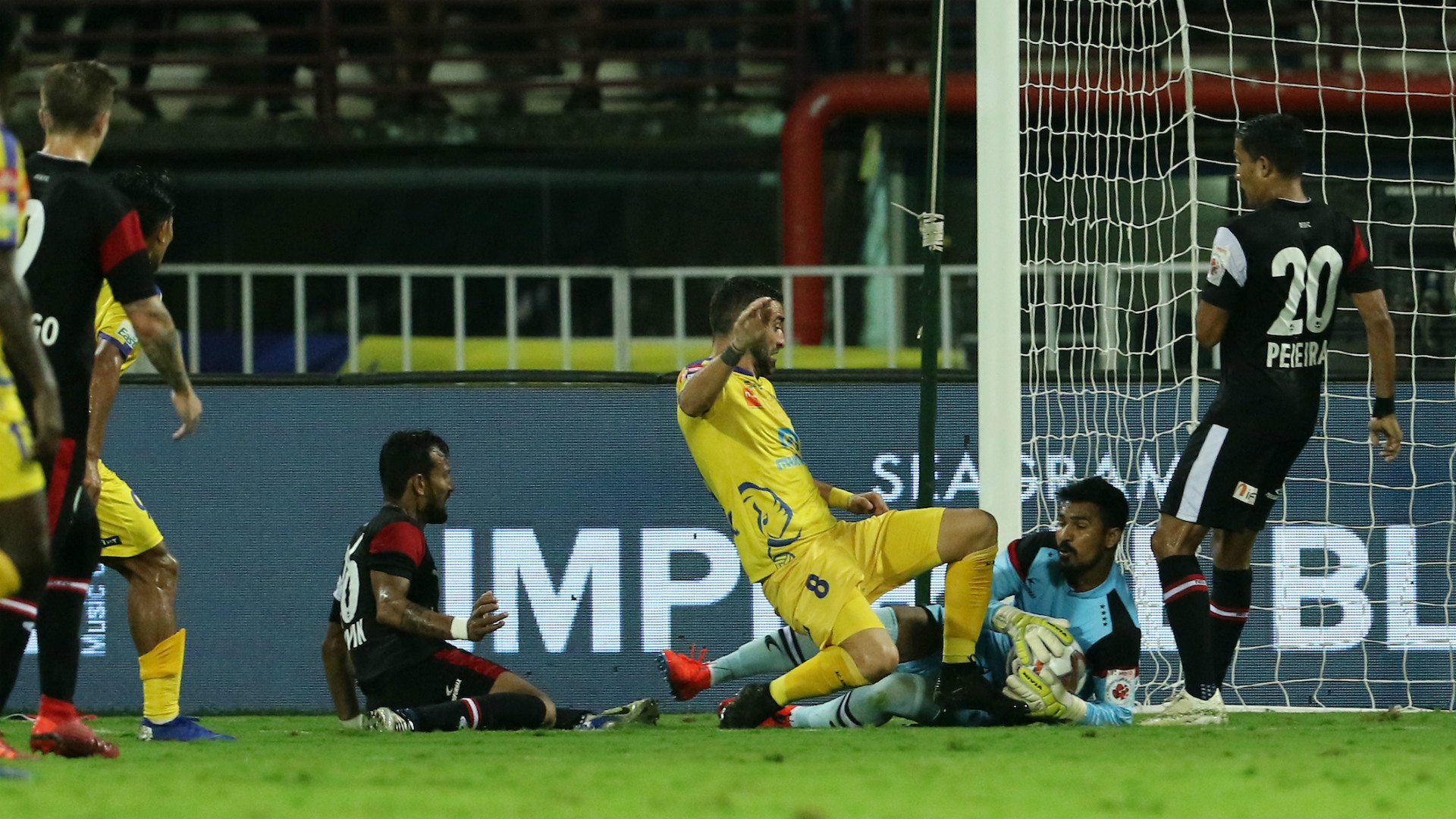 Pawan Kumar is expected to sign for Jamshedpur FC in the next few days...

Jamshedpur FC are all set to rope in goalkeeper Pawan Kumar from NorthEast United FC for the upcoming season, Goal can confirm.

The 29-year-old custodian, who joined the Highlanders in 2018, is all set to jump ship and ply his trade for the Men of Steel next year in the Indian Super League (ISL).

Kumar played second fiddle to Subhashish Roy Chowdhury at NorthEast United last season and had appeared in only two ISL matches against FC Goa and Hyderabad FC. He conceded six goals which include NorthEast’s 5-1 drubbing at the hands of Hyderabad.

Goal had earlier revealed that Jamshedpur’s talismanic goalkeeper Subrata Paul will join Hyderabad FC at the end of the ongoing ISL season. With Paul leaving the club after three seasons, the Men of Steel are all set to replace him with the former Bengaluru FC custodian.

Kumar is a youth product of JCT FC and he was promoted to the senior side in 2010. He has also played for I-League clubs like Air India, Salgaocar and Mumbai FC. He was the first choice keeper for Bengaluru FC in their debut season in the I-League in 2013-14. In the ISL, he played for Chennaiyin FC for three seasons from 2015-18 before joining NorthEast United.

Both NorthEast United and Jamshedpur FC have had a forgettable season this time in the ISL. While NorthEast finished on the ninth position with 14 points from 18 games, Jamshedpur finished a place above them with 18 points.