Hyderabad are fourth on the league table with 16 points from 11 games...

Mumbai City 10-match unbeaten run in the seventh edition of the Indian Super League (ISL) following a goalless draw against Hyderabad on Saturday.

The result meant that the Islanders were denied a fifth win in a row. The draw doesn't spell too much trouble for Sergio Lobera's team who remain six points clear atop the league table but what it does is once again show the quality that the Nizams have in their team.

Hyderabad had a difficult pre-season not only because of the Coronavirus pandemic but also since their plans had to be altered due to a late change in the head coach. The blueprint for the 2020-21 season of ISL was created with Albert Roca at the helm but the former Bengaluru gaffer left the club to join FC Barcelona as a fitness coach.

But they still managed to assemble a strong squad and Manuel Marquez hasn't disappointed so far with his astute management of the squad. He had missed several foreign players at the start of the season due to injuries but the Indian talents have come to the fore. 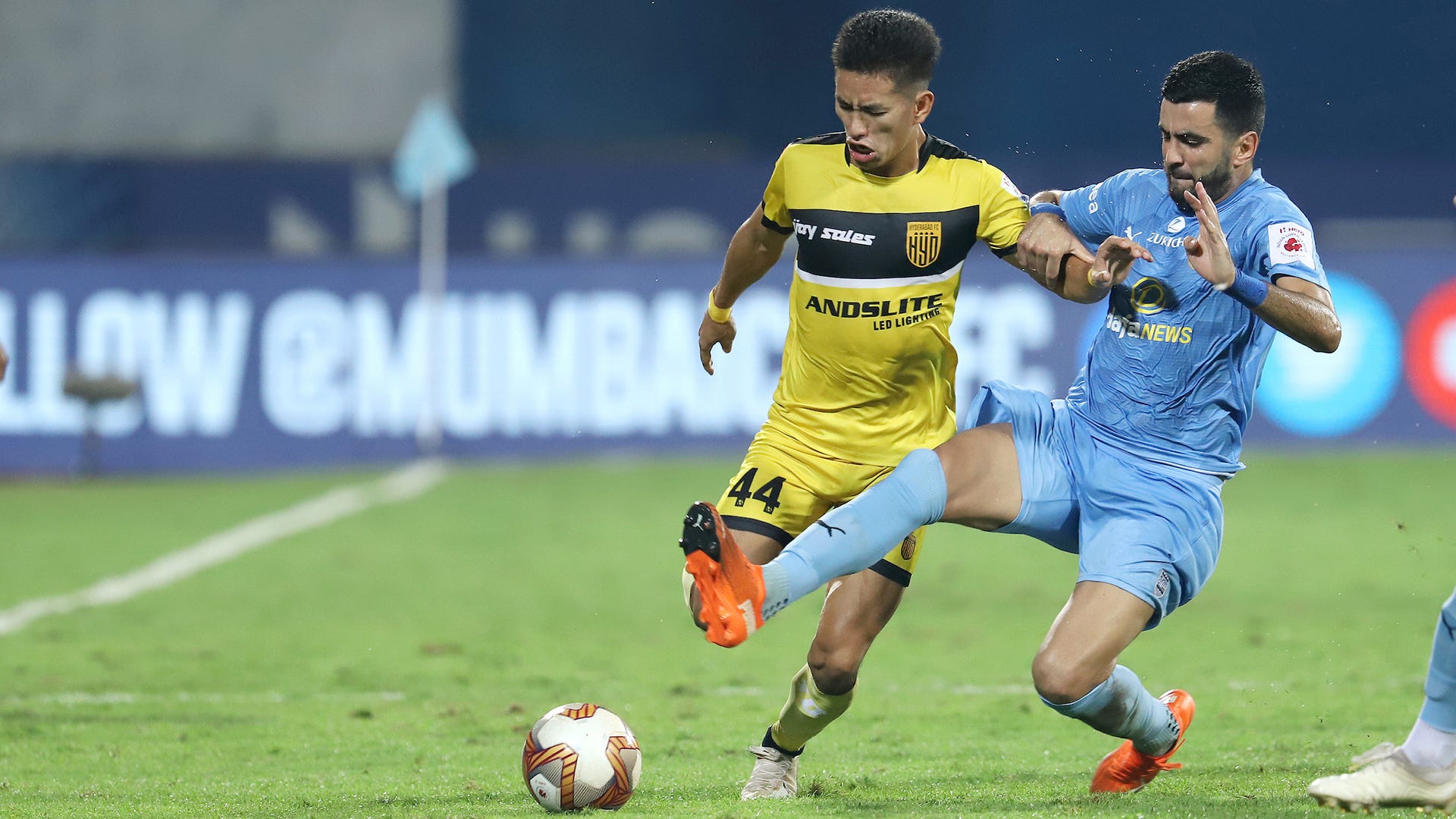 And it was the Indian players who impressed and helped shut the dangerous Mumbai City attack down. Hitesh Sharma delivered a solid display in midfield, Mohammed Yasir was always available to receive the ball and Liston Colaco had the flair that kept Mumbai City defenders on their toes.

The most impressive displays came from Hyderabad's full-backs, Asish Rai and Akash Mishra. Both have made a name for themselves for their marauding runs into the final third under Marquez's fluid system and have also been solid at the back when they have had to deal with tricky wingers.

The 19-year-old Mishra, in particular, was heavily involved in the game against the league leaders. He not only effectively dealt with Cy Goddard on the left flank but also gave Amey Ranawade a tough time during the 90 minutes. Rai, on the other side, kept Bipin Singh and Mandar Rao Dessai relatively quiet.

Both these players are knocking on the doors of the Indian national team and it wouldn't be a surprise to see at least Mishra, who has played every single minute of Hyderabad's matches this season, don the Blue Tigers kit in the near future. 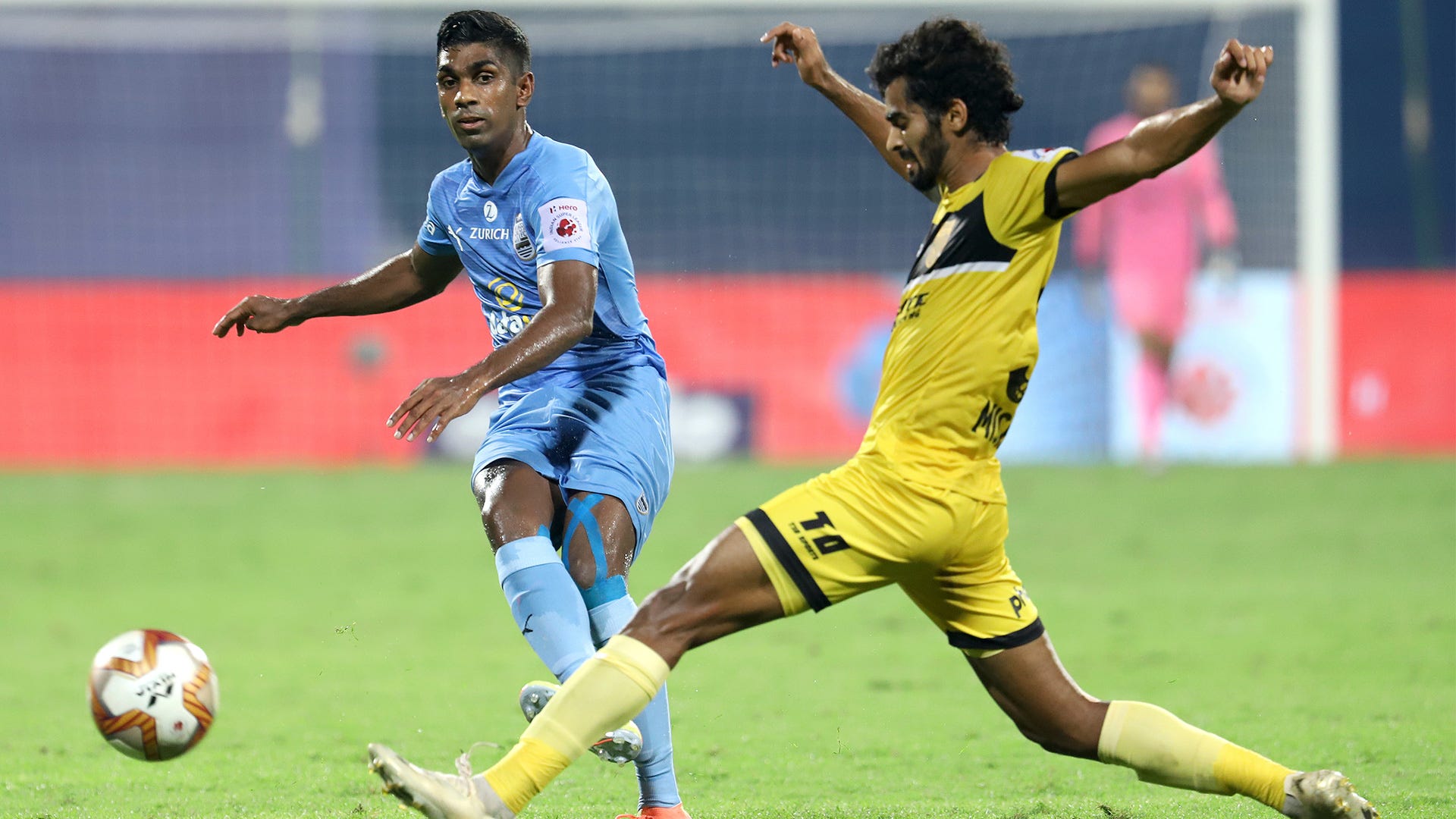 Lobera chose to rest Hugo Boumous who has been stellar in recent matches but that cannot be an excuse for not creating enough clear-cut chances and not finishing them off when they did create such chances. Odei Onaindia and Chinglensana Singh, with the help of their full-backs, were able to clip Mumbai's wings and also keep in check the runs of Bartholomew Ogbeche and Adam Le Fondre.

Ahmed Jahouh dropped deeper than usual in search of space to ping balls forward and Hyderabad had a man tagging along with the midfielder whenever he tried to create room to make a pass. The gameplan worked.

Hyderabad did enough to keep Mumbai City away from their goal but the Islanders had too much quality to be defeated with just the good displays of the Indian players. They needed more from their foreigners to really be the dominant force against such a strong opponent but the goalless draw does offer confidence for the games to come.