The 22-year-old has been exceptional for the defending champions...

Despite making it to the play-offs of the Indian Super League (ISL), Bengaluru FC have not had the best of campaigns, especially given the success they've had last season.

The Blues concluded the league phase with 30 points in 18 games, nine less than table-toppers FC Goa. This is also their worst point-tally in their three-year history in ISL. Their woes in front of goal is evidenced by the fact that NorthEast United FC (14) and Hyderabad FC (21) are the only two teams to have scored fewer goals than them (22).

However, Bengaluru have had very little to worry about the defence. Having conceded just 13 goals in 18 games, Bengaluru boast of statistically the best defence in the league. While Juanan Gonzalez stands tall at the heart of defence as arguably their most important player on the pitch, Nishu Kumar is up there among their most consistent players of this season.

The 22-year-old has made massive strides in his all-round game and it has reflected in the performances this season. The maturity he has shown is a positive sign of things to come.

Good reading of the opposition’s passes helps him position well to complete interceptions. He also has 70 clearances in 17 games and an impressive total of 24 tackles in the tournament. The latter statistic is key here. Nishu is a player who presses aggressively to win the ball. Although he has rarely put a toe of of line, these numbers hint that he has done well to clean up as and when necessary.

Bengaluru coach Carles Cuadrat has doctored his side’s approach into a more pragmatic style this time. This has reduced Nishu’s attacking opportunities compared to that of the last two years. 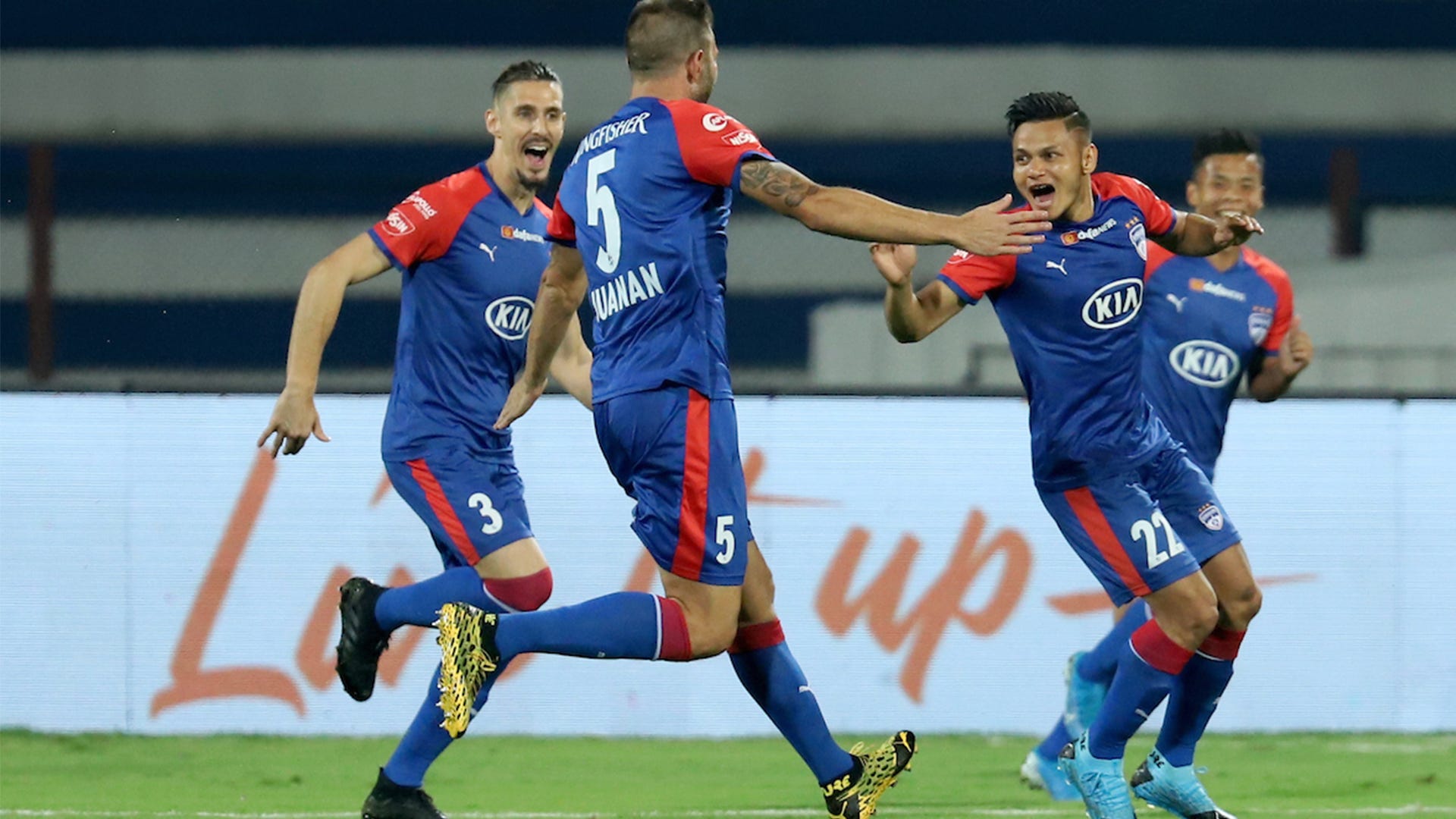 Nishu scored one of the most crucial goals of Bengaluru’s league phase – a pile-driver against Hyderabad which proved to be a winner. Incidentally, it was also one of his best games in defence. He did great to keep Nikhil Poojary – who looked dangerous on the night – at bay.

He does have a mean shot on him and is versatile enough to play as a full-back and a winger on both flanks.

The youngster also deserves a lot of credit for improving his passing range. Despite fewer overlapping runs as compared to last season, Nishu has proved his worth while in possession of the ball. He has delivered a good number of through-balls and cross-field balls and with appreciable accuracy.

These virtues aside, the sharp rise in maturity stands out as the biggest indicator that Nishu is ready for a more responsible role for club and country.

Nishu has been exceptional for Bengaluru this season and his ability to adapt to the changes in the style of play and respond to in-game dynamics has helped him stake a claim to being one of the most important players in the side.