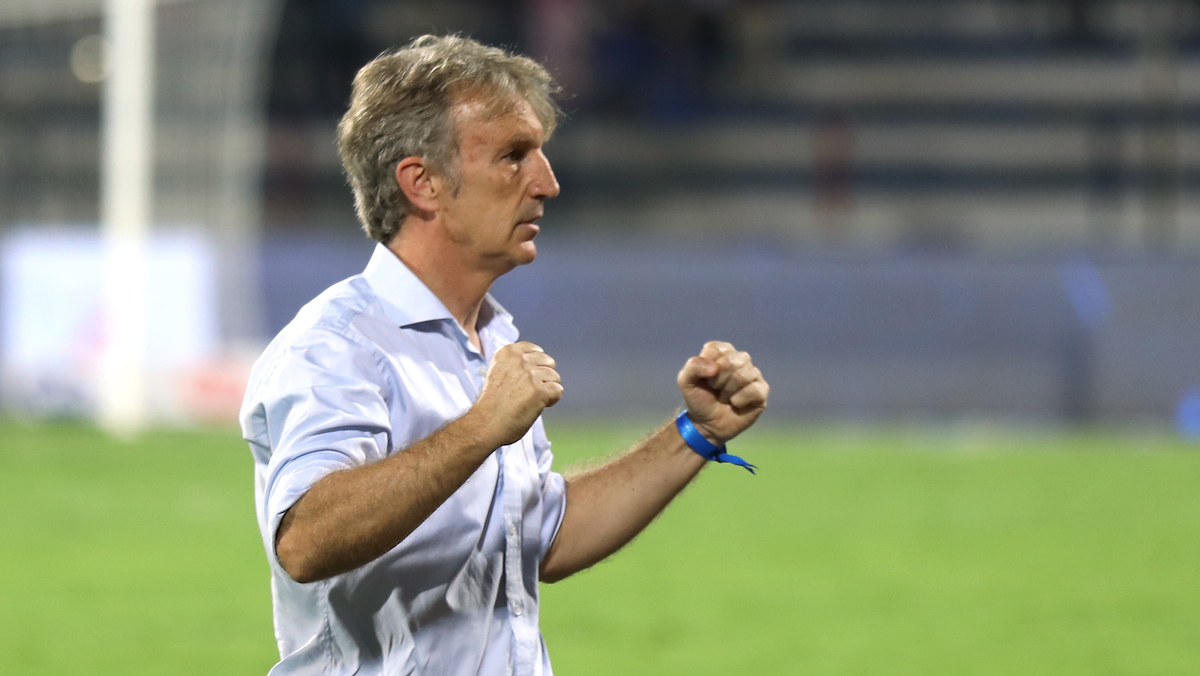 The Spaniard feels the challenge at the new ISL club is more interesting than what he had at his former club, Bengaluru FC...

When the next Indian Super League (ISL) season rolls along, Hyderabad FC and their new manager Albert Roca will have a lot of eyeballs trained on them.

Despite the disappointing debut the club had in their opening ISL campaign last season where they finished dead bottom, they managed to rope in an experienced campaigner in Albert Roca to helm the club.

Roca comes with a proven track record in Indian football where he helped Bengaluru FC reach the final of the AFC Cup in 2016 and the final of the ISL in their inaugural season, back in 2017-18.

As such, there will be high hopes on him to deliver at Hyderabad. Despite the shambles of their inaugural season, Roca feels his decision to return to India was driven by the challenge involved in the Nizams' project. He states that it is more attractive and interesting than what he has taken on previously.

"Hyderabad provided me an interesting challenge - to create a new-look team and be competitive in the ISL. When I was with Bengaluru a couple of seasons back, the objective was to become champions and we did a very good job back then. But this project is even more attractive to me because I have to build something up," he told Goal.

"We have to build a new-look team and that’s going to be a big challenge for me and everybody involved. Sometimes it’s not good to be comfortable and you have to take up the most difficult challenge and that’s what I did.

"But I am not scared of the challenge and I want to help the team improve and be an important club in the ISL next year."

Of course, one of the biggest challenges Roca will have to face is building an identity and spirit within the team. They could garner just 10 points the entire season last time out and more often than not, looked like a disjointed side. But the 57-year-old knows what he is up against and has already had a chance to evaluate how he will go about his job.

"The biggest challenge is to stay competitive. It’s about working hard right from the beginning. And everyone has to be on the same page to achieve that.

"It’s difficult to say that we can do certain things that will get us results because we have to understand that this is almost a new team. The players have to be on the same page and build a strong team spirit.

"Systems and tactics are important but everyone on the team has to have the same idea about it," he added.

Having spent two seasons away from Indian football, Roca feels not much has changed in terms of the standards of the game in the country. But the former Barcelona assistant coach opines the kind of players who have come into the league have helped increase the competitiveness, a challenge he is looking forward to.

"The standard hasn’t changed too much from when I left two seasons ago. However, the league is very competitive, because there’s not much of a difference between the teams.

"The league has become quite attractive with the arrival of new foreigners who have come down to help the league, but at the same time, even the Indian players are growing given that they are gaining more experience in the league. They are much better players than they were in the past.

"The quality of the games has been better than what it was and this trend has to continue for the upcoming years."

The Spaniard certainly seems hungry and fresh for the Hyderabad challenge.