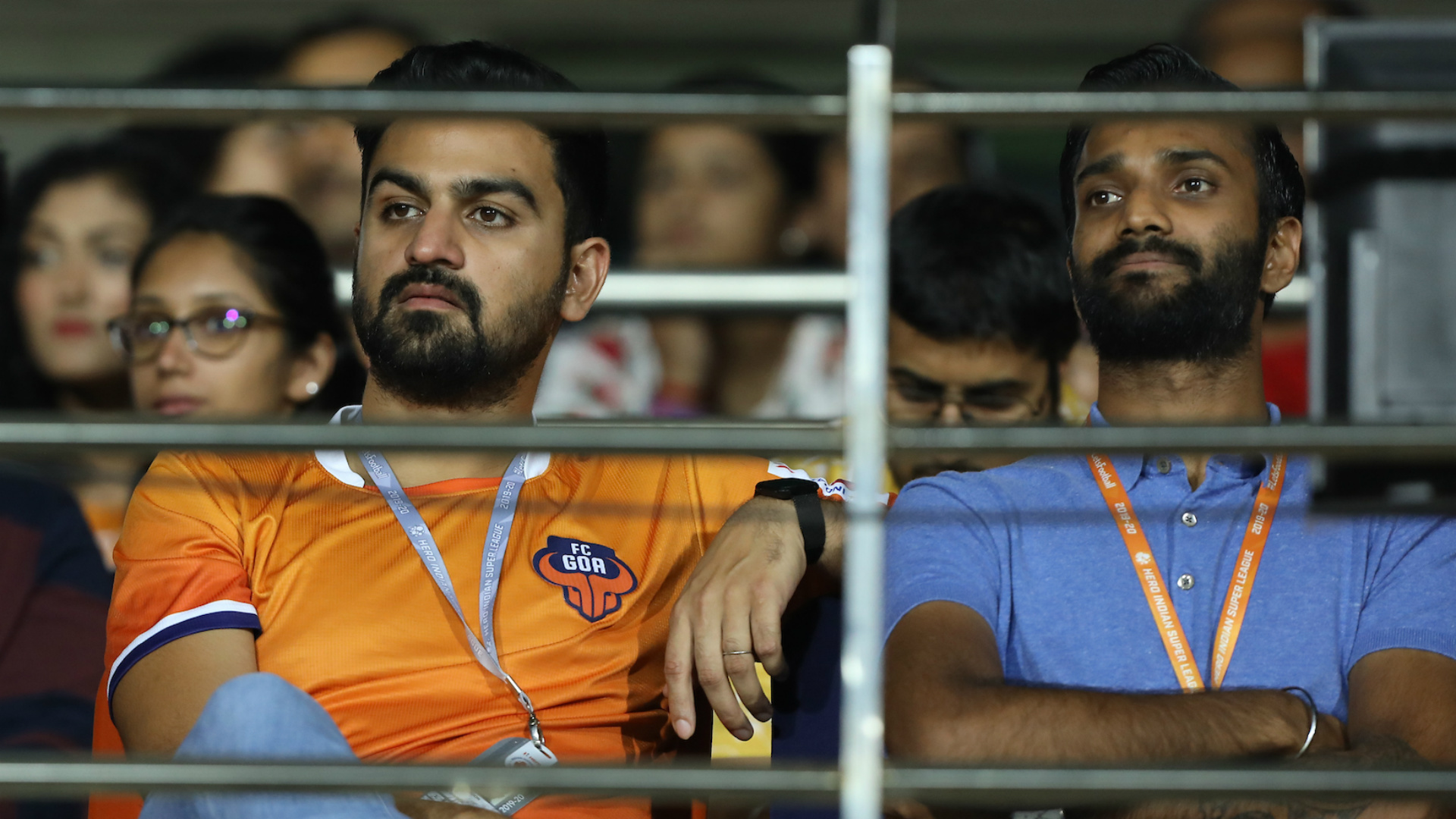 After qualifying for Asia, FC Goa President elaborates on the plans going forward and a potential investor...

FC Goa President Akshay Tandon believes that success for their current campaign in the Indian Super League (ISL) should be measured in terms of their qualification for the 2021 AFC (Asian Football Confederation) Champions League group stage.

The club earned the Asian spot on account of finishing the regular season at the summit as the co-owner of the Goan outfit expressed to Goal about things to follow.

"I can finally say that we have success now in what we started out to do. It's one big step towards many more titles and achievements and now it's about representing India and Asia. I was joking around with director of football (Ravi Puskar) because having achieved this, we now have 10 or 20 new problems to solve. So I said to him, 'Welcome to success' because when the going gets tough, the tough gets going," he said.

Now that they have qualified for Asia, Tandon and team needs to fine tune several aspects within the club as they are set to face bigger challenges in Asia next season apart from the domestic ones.

"In one way we are very happy that we are in this position. We are starting to plan for Asia, but in another way we are already putting our head down thinking about all the things we have to do very differently in terms of squad planning, having an Asian in the contingent, if we still want to keep as many foreigners," Tandon continued.

"The experience has been an emotional roller-coaster running a football team. I have definitely got a lot more white hair in the last 12 months than I have ever got. You become pretty obsessed with constantly tweaking and fixing. There is always something that can be improved, whether it's man management, tactics, technical, medical, health, nutrition, fitness."

A major chunk of credit for the Gaurs' road to the play-offs in the ongoing season belongs to former coach Sergio Lobera who had joined the club ahead of the fourth edition of the ISL in 2017. Before parting ways, the Spanish coach led Goa into the play-offs for a third consecutive season, including the ISL 5 final that they lost to Bengaluru FC.

"It was a very focused selection process where we knew we wanted someone young and hungry who would see this as a stepping stone rather than the fag end of his career and Sergio fit that role perfectly," Tandon reminisced his decision to hire Lobera back then.

"What he (Lobera) did in terms of cementing a philosophy, being at times frustratingly stubborn about just sticking to an attacking style of football, is exactly the kind of positioning and brand that the club needed. He is always going to be part of our legacy and what he has achieved for us is there for everyone to see. He's already part of history books. Job well done over the three years [in terms of] my experience with him and his staff."

Currently, the club's first team is led by interim coach Clifford Miranda who has faced just one defeat in his four games so far.

Whether the club will be looking for an experienced foreign coach or will continue with an Indian coach at the helm is soemthing Tandon has decided yet. "The short answer is, we haven't taken a decision or we haven't even started thinking about what the plans are going to be for next season. Right now we are focused on finishing the semis and the final and then we are going to start thinking about what the coaching staff needs to look like for the whole (next) season.

"What we want to do now is to have complete synergy between how our youth team plays, how the squad moves around between our youth and first teams. Next year we may need to have a bigger squad, but we also need to make sure that everyone is getting game time. We have to make sure that the youngsters who are not getting enough game time with the first team are getting enough game time in the B team.

"We are confident about the need to have a very strong technical department. The idea is that the whole technical department along with the new coaching staff has to work as one, which is something that is going to be new for us. When Sergio initially joined us, there were just around 10 or 12 employees at the club. Now we are about 50 to 60 staff and management, which means that we have a much larger analysis, scouting, video and other departments. Whatever we do next year will be a more collaborated effort as far as all the people at the club are concerned."

There have been talks of FC Goa looking for an investor. Reports of dialogue with former co-owner Shrinivas Dempo, Bundesliga outfit Red Bull Leipzig and so on have made some rounds. Tandon, without giving much away, revealed that they are on the lookout for a potential investor.

"We have a long term plan in terms of what we want to do in Goa, the infrastructure that we want to build. So we need a strategic partner as well an investor to help take us to that next level. I'm not going to play party to the rumours, but to be honest with you, we have been talking to people and been at an exploratory stage ever since we came in to this. We have come to understand the appetite within the Indian and foreign markets and other clubs internationally. What we have found is that right now, there is a lot of curiosity about India and ISL but that curiosity has yet to become a sustained investment.

"A lot of big brands are looking at India as a revenue driver right now, which I feel is the wrong thing to do (while looking for in an investor). India needs investment first. We need to invest in youth, infrastructure, technical expertise and coaching. We are looking at someone who can help us with those things and allow us to take it to the next level. So we are going slowly but surely to find the right partner to take us to that next level and cement us amongst the great clubs of India," Tandon concluded.