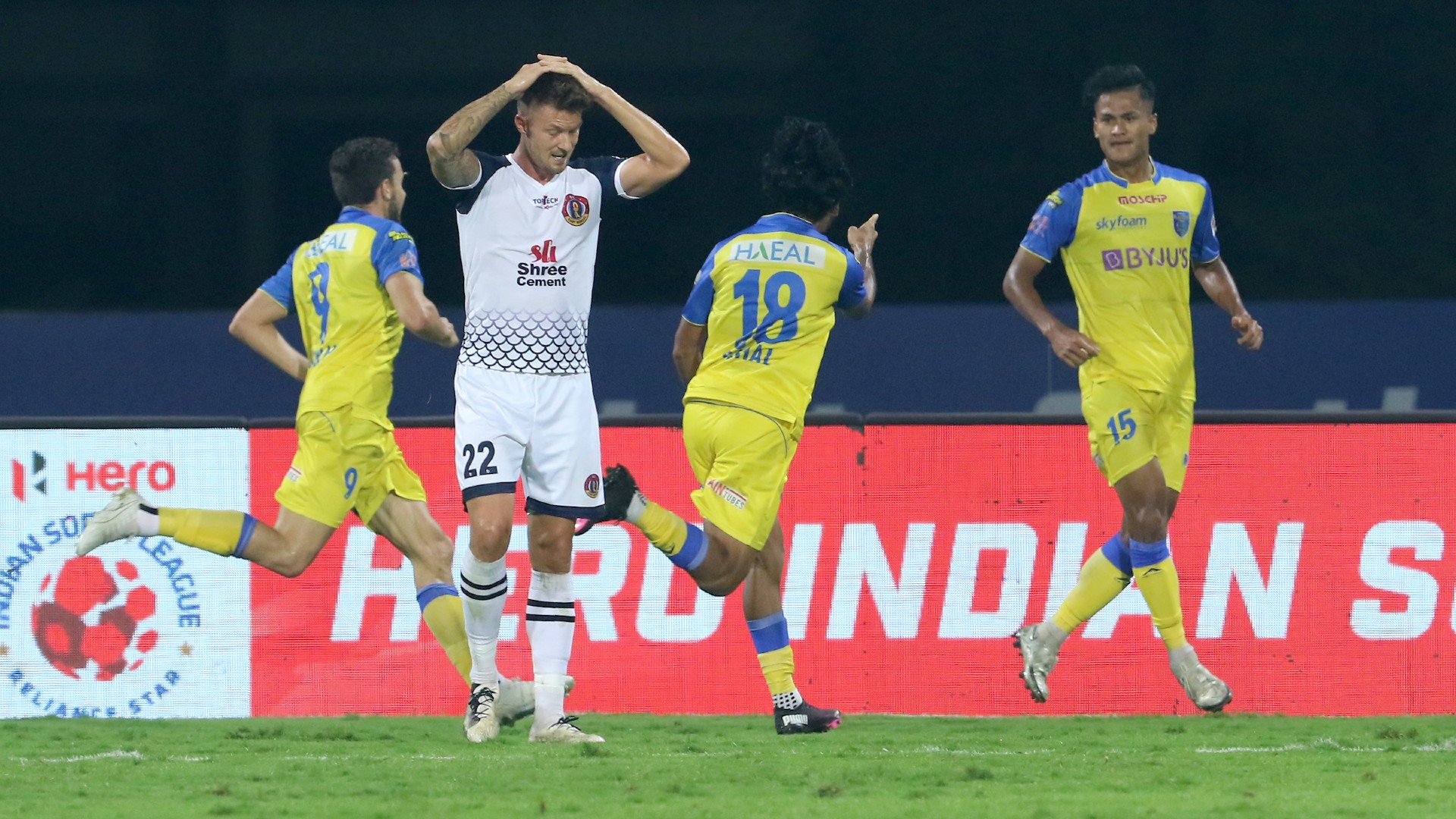 So near, yet so far. East Bengal were just a minute away from registering their first-ever win in the Indian Super League (ISL) but Jeakson Singh’s last-gasp header spoiled their party.

It was a much-improved performance from East Bengal against Kerala Blasters on Sunday. Skipper Danny Fox returned from injury after three matches and provided the much-needed solidity in the backline.

Coach Robbie Fowler tweaked his tactics a bit from their last game as he switched back to the 3-4-2-1 formation. He deployed Anthony Pilkington as a lone striker with Jacques Maghoma and Mohammed Rafique operating just behind him. Pilkington lent the much-needed sharpness in East Bengal’s attack and his link-up play inside the box was impressive. Also, the decision of utilizing Rafique’s mobility in the attacking third further helped.

Kibu Vicuna returned to his usual 4-2-3-1 formation after experimenting with two strikers in their last game against Bengaluru which miserably failed. Jordan Murray was relegated to the bench as Gary Hooper started as the lone striker. Blasters played their usual possession-based game but failed to make a mark in the final third

Despite Kerala Blasters dominating possession as expected, it was East Bengal who created more goal-scoring opportunities in the first half. The Kerala Blasters defenders were struggling to keep the attacking trio of East Bengal at bay along with Matti Steinmann who was popping up in the box.

The Red and Golds, impressive in the first half, sat back in the second half, probably showing a bit too much respect for Kerala Blasters who had made three changes at half-tiime - bringing on Jeakson Singh, Sahal Abdul Samad and Jordan Murray for Rohit Kumar, Seityasen Singh and Gary Hooper.

While the Blasters' attack improved ever so slightly, it was also thanks to East Bengal who were desperate for a result and decided to sit back and preserve their advantage.

However, the Red and Golds did have their moments on the break in the second half and should have taken advantage of them. On several counter-attacks, the Kolkata club looked dangerous but failed to convert in the final third. The attackers seemed a bit complacent and casual at times.

The profligacy was finally punished in injury time when Jeakson managed to head in a cross from Sahal. However, East Bengal have only themselves to blame for sitting back too much and failing to put away their own chances.

The coach himself acknowledged after the match, that the number of chances they got to score they should have run away with the game. “We are disappointed. It is a game we should have won. We had enough chances to win more than one game. We need to be a little bit more clinical in the final third,” said the Liverpool great..

Kibu Vicuna, on the other hand, has to evaluate his tactics a bit and consider changing their approach. Passing out from the back and keeping possession is not paying dividends as they are yet to register a win after six matches, something they had not experienced in their brief history until this season.

Except for ball possession stats, it could be said that it was a fair result for both sides to get a point from this tie. Both teams still have a lot of work to do in the training pitch and must find a way soon to end their respective winless runs.