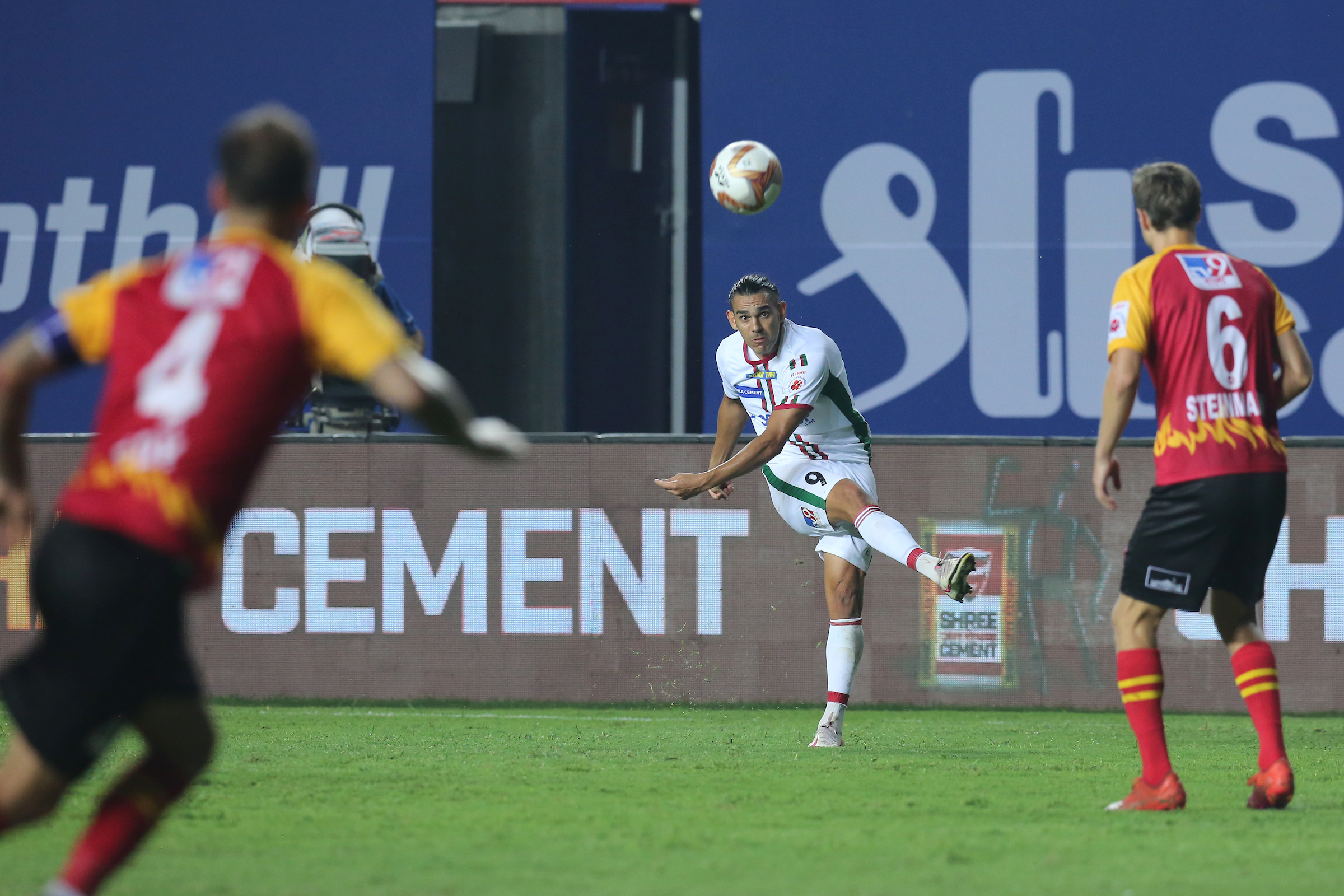 Four out of the five goals scored by ATK Mohun Bagan have been from the boot of Roy Krishna...

It is no secret that ATK Mohun Bagan are struggling for goals. Antonio Habas' men have been churning out results but they have been made to work hard for the goals right from the first match against Kerala Blasters. Barring the game against East Bengal, where they had managed to strike twice, they have not been able to score more than once in 90 minutes.

They got off the mark against Kerala Blasters, thanks to a miscommunication between Vincente Gomez and Sergio Cidoncha that allowed Roy Krishna to slot past Albino Gomes. Since then the Fijian has netted three of the four goals of his team which has been just enough to spare the blushes for Habas.

Even Krishna took five attempts to score that fortuituous goal against Blasters and in four matches, he has managed to get just five shots on target. It should be a cause of concern for the Spanish tactician that the conversion rates have not been great and the team looks heavily dependant on Krishna to provide the goods more often than not.

The alarm bells should have rung when they were frustrated by Odisha for more than 90 minutes, a team whose defence has looked shaky and has conceded six goals in four matches. Once again thanks to the former Wellington Phoenix striker for popping up at the nick of time to notch up all three points for them.

Against Jamshedpur they were lucky that Krishna was not flagged offside for the consolation goal in a 2-1 loss, otherwise, the Mariners would have drawn a blank.

Where is David Williams?

In the previous campaign, the partnership between David Williams and Roy Krishna was scintillating in the opposition half. Their camaraderie off the pitch reflected in their on the pitch give-and-go. It seemed that they had telepathic communication in the way the duo found each other with little effort.

But in this season, Williams had featured only for 71 minutes. He came on for eight minutes against Kerala Blasters and played just over an hour in the next match with East Bengal. Surprisingly in the next two games, he has not even found a place in the matchday squad. Moreover, there has been a deafening silence over his exclusion from the Bagan camp.

It is baffling that during a time when the team is clearly struggling to find more goalscoring options, a potent weapon in the form of Williams is not being used.

Without Williams in the fray, the onus has been on Edu Garcia to deliver the goods. But the Spaniard has also not been able to live up to expectations and is yet to get his name on the scoresheet. In 2019-20, Williams and Garcia contributed 13 goals cumulatively and in this season they are yet to open their account which is taking a toll on the team's attacking output.

New signing Brad Inman is also yet to register his name on the scoresheet.

This is where the exclusion of Williams throws up questions. With the Australian being ignored by Habas for two straight matchdays, speculation is on about his future at the club. If the manager continues to refrain from using his services, the forward might have to think long and hard about his options.

Will he feature against Hyderabad on Friday? The Mariners are waiting to find out with bated breath.