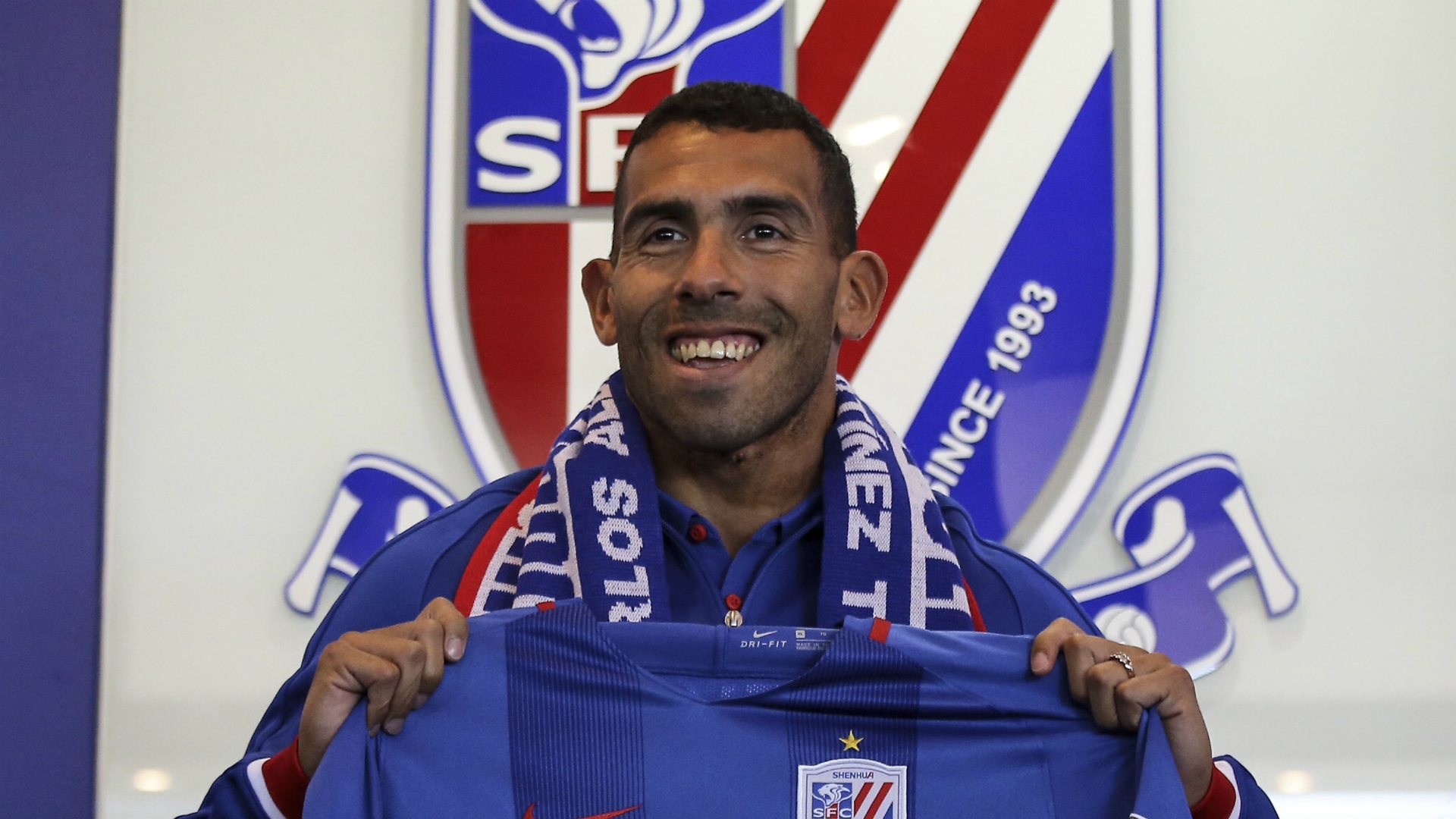 The former Boca star has barely featured in China, and his surly attitude towards his new surroundings beg the question: is he doomed to failure?

It was a transfer that turned two continents upside down. While in South America Boca Juniors fans pleaded for Carlos Tevez to turn down an offer that would ensure financial security for the rest of his life, in China Shanghai Shenhua were already rolling out the red carpet for the Super League’s latest, and arguably highest-profile, marquee star. It was a logical choice for the side coached by Gustavo Poyet: who in the world of football boasts a better track record than the man who has won almost everything there is to win in his star-studded career?

Tevez was welcomed in his new home with great fanfare, and with great expectations to boot. But things have not gone to plan. Just a handful of months into his Chinese adventure the Argentine looks lost and bewildered, while his team flounder in mid-table.

Having begun his Shenhua stint in fine fashion with a debut goal, Tevez has gone on to play just five of the club’s opening eight games, failing to add to his tally. Colombian duo Gio Moreno and Fredy Guarin have comfortably overshadowed their fellow import, who once again sat out at the weekend due to injury. His form, however, is the least of Poyet’s concerns; more troubling is his apparent refusal to adapt to his new surroundings.

The 33-year-old is a famously introverted individual, not given to public gestures and ensconced in a fiercely protective family circle. He caused waves at Shanghai from the moment he arrived as he brought over no less than 19 family members to live alongside him, and so far he has failed to venture outside of that circle and integrate into Chinese life. It is a familiar story: his time in England brought similar accusations. His uneasy welcome was only worsened when photos of the star enjoying himself at Shanghai’s Disneyworld surfaced at the same time his team were playing a crunch Super League clash, an action that was slammed by fans on social media. His explanation, that he is “a normal person, it is normal to enjoy myself with my family during my time off”, did little to calm those tensions.

“He is excessively introverted,” Goal heard from a source close to Shenhua. Tevez has gained a reputation for being aloof and off-hand, barely speaking to his team-mates or joining in collective activities away from training. This attitude has meant he has hardly endeared himself to Chinese fans; in sharp contrast to Alexandre Pato, whose enthusiastic adoption of the local culture meant he won the backing of Tianjin supporters early in the season when the Brazilian was struggling on the pitch.

It is of course too early to write Tevez off. He has admittedly struggled with fitness, with injury preventing him from doing what he does best. But while he has publicly stated his commitment to Shenhua, the pull of his home nation will sorely test his resolve when the Super League comes to an end later this year.

Back in Argentina, Boca are waiting expectantly for the return of their idol. Tevez led the Xeneize to the Primera title back in 2015, and with Copa Libertadores football next season seemingly assured the feeling is he will be there to try and deliver their first continental title since 2007. And while Carlitos has a two-year contract with the Super League, agent Adrian Ruocco revealed back in December when the ink was barely dry on the deal that a secret clause could cut short that agreement.

“The contract has something which allows Carlos to come back if he does not feel comfortable between now and November,” he explained to Fox Sports. “But he has a choice: either he leaves football or returns to Boca.”

As we approach the midway point of that period, it appears that Tevez, through his own reluctance to make himself at home in Shanghai, is destined to take up that clause and return to Buenos Aires in time for 2018.

If Tevez merely sees out the rest of the year in the same apathetic vein he has spent the last five months, Shenhua will rightly feel bitterly short-changed. According to information released by Football Leaks, the striker earns a mammoth $815,000 a week in China, along with a bonus package that could make him one of the highest-paid players on the planet. There is still time to turn his fortunes around, but for now the Argentine will go down as one of the most expensive failures in football history should he continue to put sojourns to Disneyland ahead of his Super League duties.