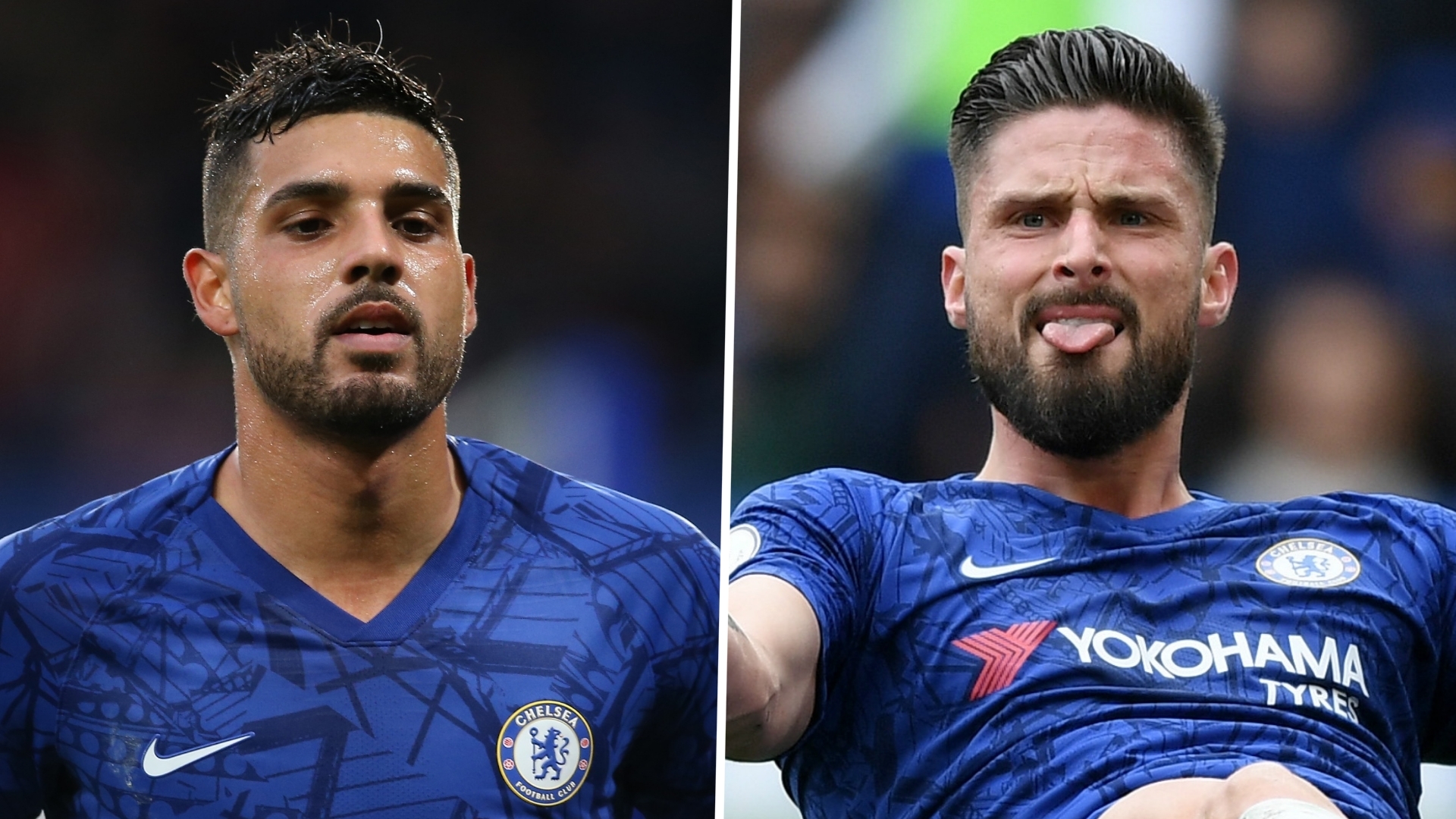 Antonio Conte wants to take the duo to San Siro, with the Blues looking to offload more first-team players ahead of the 2020-21 campaign

Inter are ready to offer £19 million (€22m/$25m) plus add-ons for Chelsea full-back Emerson Palmieri, with the Italian giants also retaining their long-term interest in Olivier Giroud.

Antonio Conte is targeting a reunion with the pair that he managed in his spell in charge at Stamford Bridge and he believes they would fit into his ambitious project with the Nerazzurri.

Ideally, Emerson sees his long-term future in west London but, having not started a league game since January 22, he is realistic about his chances of convincing Frank Lampard that he should avoid selling him.

Cesar Azpilicueta has been moved to left-back, while Marcos Alonso also remains at the club and thus Emerson's exposure to the first-team has been limited.

Furthermore, Chelsea are targeting a big-money move for Leicester City star Ben Chilwell, who may end up costing a similar fee to the £80m ($101m) paid by Manchester United to sign Harry Maguire last season.

Lampard is keen to strengthen at left-back, which means that the Italy international is seemingly not in his plans as Inter target a deal.

Conte also remains interested in signing Giroud, who had his contract extended by a year back in April to avoid him leaving on a free transfer, although talks have yet to restart.

Inter had agreed terms with the France international back in January before Chelsea blocked the move, with the Blues having been ready to sell their 33-year-old striker only to fail to find a suitable replacement to allow the deal to go through.

As a result of Inter's interest in Giroud and Emerson, they are now less keen on making Victor Moses' loan move permanent despite having an option to buy him for £9m (€10m/$11m).

This comes after the west Londoners allowed Pedro to leave on a free transfer to Roma despite extending his contract until the end of the season.

Chelsea will also look to offload Michy Batshuayi, who may not play again this season after dropping down the striker pecking order at Stamford Bridge.

Jorginho, meanwhile, has been almost entirely out of the team since the Premier League restart but the Blues are yet to make a firm decision over his future, with Juventus having shown an interest in signing him.

The 28-year-old midfielder, who has been dropped in favour of Billy Gilmour recently, is unhappy at having to play a bit-part role at the club and is hopeful his situation will change in the final weeks of the season.

Chelsea will have to move players on to avoid an overly bloated squad for next season as they have already secured a £47m ($59m) move for RB Leipzig striker Timo Werner, as well as having signed Ajax star Hakim Ziyech.

As well as Chilwell, Chelsea are targeting the signing of Bayer Leverkusen forward Kai Havertz, while there is also interest in the likes of West Ham midfielder Declan Rice and Brentford winger Said Benrahma.