Iniesta in, Alcacer out: Who should stay or go at Barcelona this summer? 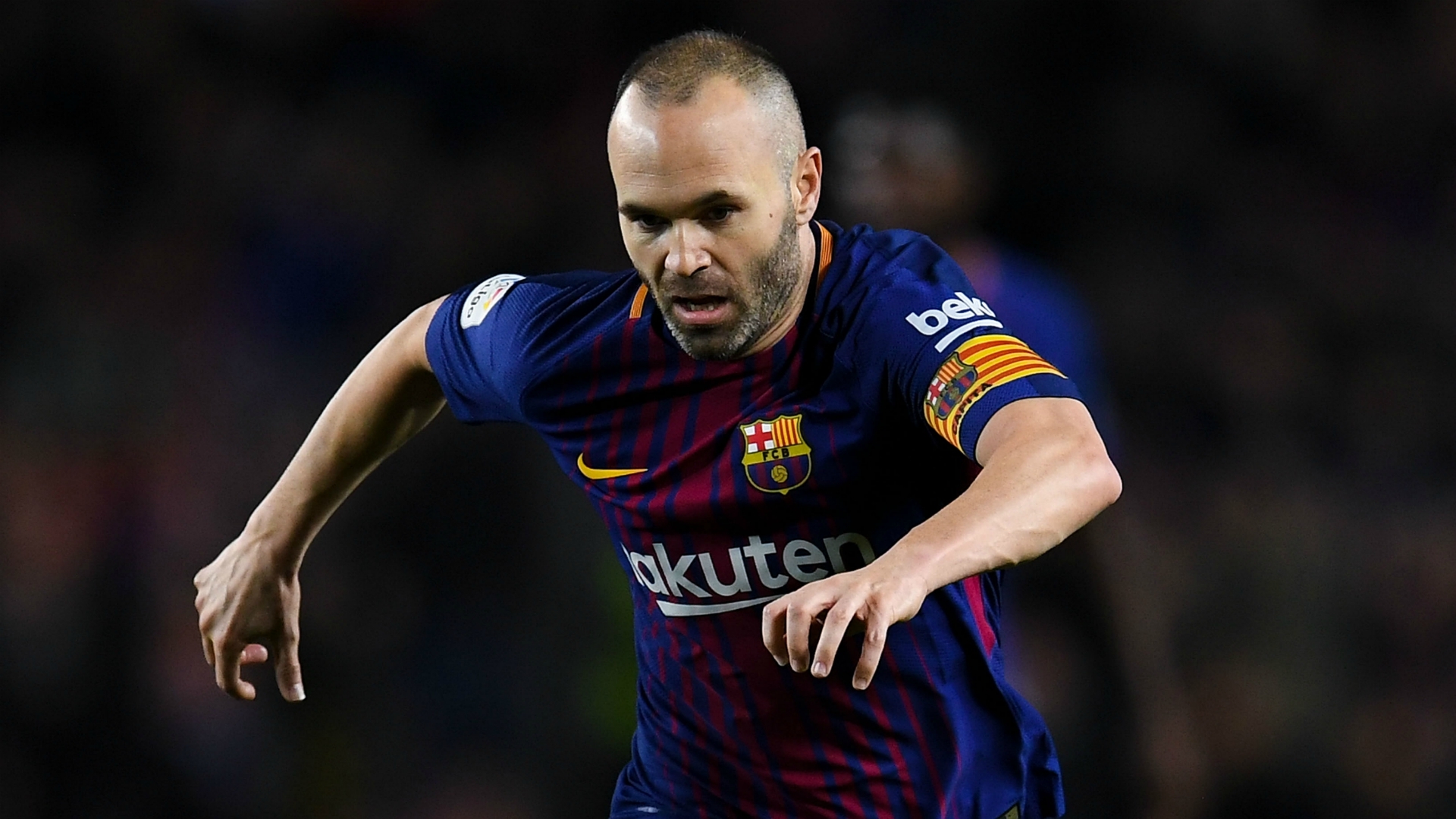 With some changes in personnel ahead at Camp Nou, Goal looks at the players who should be kept and those who should be offloaded when the season ends

Barcelona's season has been spectacular so far. Ernesto Valverde's side lead La Liga by 11 points, while they are set to face Sevilla in the final of the Copa del Rey and also remain alive in the Champions League.

Since losing over two legs to Real Madrid in the Spanish Supercopa in August, the Blaugrana are unbeaten in the Primera Division and also in Europe, their sole loss coming in the Copa del Rey at Espanyol – and even that was overturned in the second leg at Camp Nou.

Barca meet Roma in the last eight of the Champions League and will start to think about a possible treble this term to match their achievements of 2009 and 2015.

Nevertheless, there will be some changes in the summer and here, Goal takes a look at the men who should stay and leave come the end of the season, as well as those fighting for their futures at the Catalan club...

Players who should go

Gerard Deulofeu – The talented winger has had his chances at Barcelona and he is unlikely to receive any more. The Spanish international returned to his boyhood club in the summer, but failed to take his opportunity in the space left vacated by Neymar. He is now on loan at Watford for the rest of the season and will be expected to leave on a permanent deal in the summer.

Denis Suarez – Like Deulofeu, Denis Suarez has slipped down the pecking order at Camp Nou, almost disappearing without trace in recent weeks. Denis has hardly played for the first team over the past few months and has not even featured in the 18-man matchday squads. Valverde is clearly not a fan and with new players set to arrive in the summer, his days at Camp Nou are numbered.

Aleix Vidal – Originally signed as a right-back, Aleix Vidal is not trusted by Valverde in that position and as a forward, he is some way down the list at Barcelona. Although surprisingly used as a substitute in the 1-1 draw at Chelsea instead of summer signing Ousmane Dembele, he is behind the French forward now and is not needed at the Catalan club next season.

Thomas Vermaelen – The Belgian has surprised at Barca this season with his positive performances after several frustrating seasons at Camp Nou. However, he remains injury prone and has just one year left on his contract. If the Catalans can bring in another centre-back this summer, the 32-year-old should leave.

Players who should stay

Jordi Alba – The left-back is back to his best under Valverde after ending up frustrated last season, when he had a strained relationship with former boss Luis Enrique. He is still first choice and should stay at Camp Nou for many more years to come.

Carles Alena – The young midfielder is highly thought of at Camp Nou and will be part of the first team on a permanent basis from next season, probably taking the place of Denis.

Sergio Busquets – The finest footballer in the world in his position, Sergio Busquets has been a pivotal part of the best Barcelona in history and is still only 29. He remains as important now as he was when he made his debut under Pep Guardiola in 2008-09.

Jasper Cillessen – The Dutch goalkeeper is in his second season as back-up to Marc-Andre ter Stegen and is an ideal man to have in reserve. The player is happy and Barca feel no need to bring in another shot-stopper this summer.

Philippe Coutinho – The Brazilian arrived in January in a big-money transfer from Liverpool and is still finding his feet at Camp Nou, but early signs have been very positive and Barca believe he will play a big role in their future, principally as a long-term replacement for Andres Iniesta in midfield.

Ousmane Dembele – The French forward was signed in the summer for an initial €105 million and although he has taken time to adapt, his recent displays have been very encouraging indeed. The 20-year-old spent two spells on the sidelines through injury, but impressed with a goal against Chelsea in the Champions League recently and should now go on to establish himself as a starter for the Catalan club.

Andre Gomes – The Portugal midfielder has had a tough time at Barcelona and was recently booed by fans at Camp Nou. However, after a refreshingly honest interview in which he revealed his pain off the pitch, he was given a rousing reception by supporters as he came on in the 3-0 win over Chelsea last week. Valverde wants him to stay and still believes he has plenty more to offer, so he is unlikely to leave this summer.

Andres Iniesta – The Spain midfielder signed a new "lifetime" contract with Barcelona in October, but he could move to China at the end of this season. Iniesta believes it may be difficult for him to hold down a first-team place at Camp Nou and will leave if he thinks he will not be useful. However, the club are keen for him to stay and he surely still has a part to play. Due to the terms of his contract, the 33-year-old must give the club his decision by the end of next month.

Lionel Messi – There is little to be said here. Lionel Messi is the best player in the world and Barcelona cannot envisage a future without him. Having signed a renewal late last year, the Argentine looks set to see out his career at the Catalan club and that is great news for everyone involved with the Blaugrana.

Yerry Mina – Although he has made a positive start to life at Camp Nou, Yerry Mina could well leave the Catalan club on loan this summer. Barcelona are trying to obtain a European passport for Philippe Coutinho, while the signing of another Brazilian, Arthur, means there will be an excess of non-European players in the squad next season if the document does not arrive in time. Therefore, the Colombian defender may have to leave on a season-long deal. However, Barca hope he will be able to stay.

Paulinho – Despite doubts in the summer when he was signed from the Chinese league, Paulinho has done well for Barcelona. The Brazilian still does not seem totally suited to the club's style of play, but he is a useful outlet in terms of goals and Valverde is happy with the midfielder.

Gerard Pique – The Catalan centre-back is an important player at Barca, both on an off the pitch, and despite aspirations of becoming the club's president one day, he is only just 31 and still has a big part to play on the pitch.

Ivan Rakitic – The Croatia midfielder has provided balance to the Barcelona team this season and is arguably in his finest form since signing for the Catalan club in the summer of 2014. He is a vital cog in Valverde's side and Barca will not consider any offers for the 30-year-old former Sevilla man.

Sergi Roberto – Be it at right-back or in midfield, Sergi Roberto remains key to Barcelona and is a popular player with fans, his team-mates and coaching staff at the Catalan club, where he has said he hopes to stay for the remainder of his career.

Nelson Semedo – The Portugal defender is currently out injured, but remains central to Barca's back-line plans for the future, having signed last summer from Benfica and impressed with his performances at right-back so far for the Catalan club.

Luis Suarez – The Uruguayan striker struggled for form after a knee injury earlier on in the season, but has been back to his brilliant best in recent times and is still one of the world's finest centre-forwards. Now 31, Barca will have to think about replacing him some time in the near future, but not just yet.

Marc-Andre ter Stegen – The Germany goalkeeper signed for Barcelona in 2014 and has established himself as one of the world's best in his position. At the age of 25, he should go on to feature betwen the sticks for many more years at the Catalan club.

Samuel Umtiti – The France defender has been an absolute rock at the back this season, forming an excellent partnership with Pique that has conceded only 13 goals in La Liga all season. A new contract should arrive soon for the former Lyon man, who is set to stay at Camp Nou for the long term.

Paco Alcacer – Barcelona are content with the Spain striker after some difficulties last season and a long wait for his first goal following his arrival from Valencia in a €30 million deal. However, their top target this summer is Antoine Griezmann and with the Frencman or another forward set to come in, Alcacer could well be sold to help fund a transfer. Already his opportunities are scarce and another striker signing would make the 24-year-old surplus to requirements at Camp Nou.

Lucas Digne – The French defender has featured only sparingly since moving from Paris Saint-Germain in 2016 and is future at Barcelona is up in the air. If the club can identify another left-back in the summer to provide cover and competition for Alba, the 24-year-old is likely to be sold.