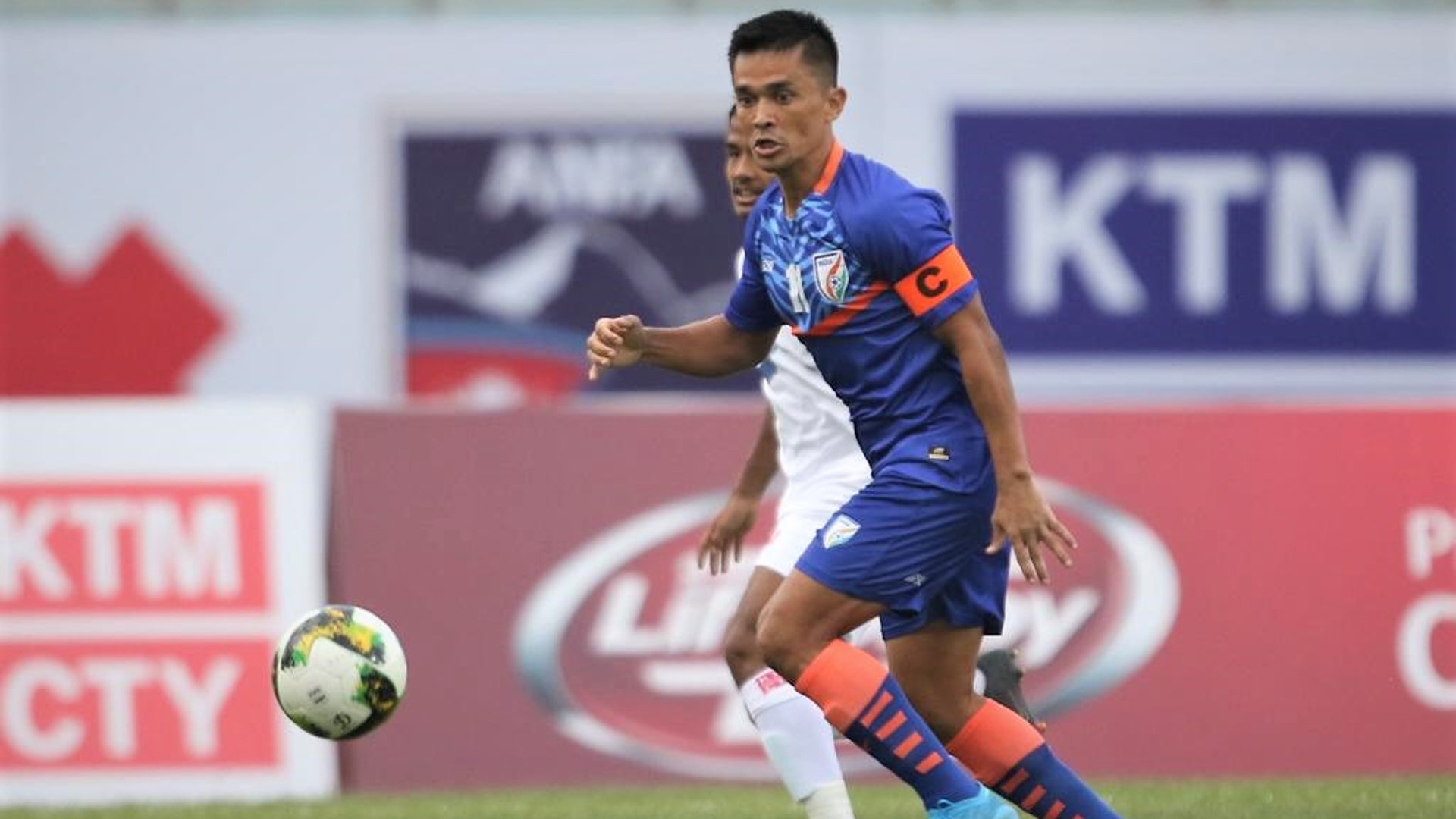 The India captain scored a brace to propel the Blue Tigers to the final of the SAFF Championship...

India's all-time record goalscorer Sunil Chhetri has been one of the very few bright spots for the Blue Tigers in the ongoing SAFF Championships. His four goals in the tournament so far has helped India overcome their sluggish start to the competition and qualify for the final against Nepal on October 16.

Chhetri's latest show came against Maldives on Wednesday in what was a must-win clash for India. And his brace helped India clinch a 3-1 win over the island nation and qualify for the final.

More interestingly, the two goals have also seen him take his international goal tally to 79, going past none other than the legendary Pele. The Brazilian superstar is considered by many as one of the greatest footballers to ever play the game.

Pele, who led Brazil to three World Cup titles between 1958 and 1970, had scored 77 goals for the Selecao. But his tally has now been overcome by an Indian in Sunil Chhetri. Though the quality of opponents faced by Pele and Chhetri are vastly different, the 37-year-old Indian will still be a proud man.

His tally of 79 goals also mean that he is now the third highest active international goalscorer in football. Only two legendary names are ahead of him - Lionel Messi (80) and Cristiano Ronaldo (115).

On Wednesday, India badly needed Chhetri to sparkle and that is exactly what he did. Though Manvir Singh had given India an early lead, Ali Ashfaq equalised for Maldives at the stroke of half-time. With a draw enough for Maldives to eliminate India, Stimac's men needed a goal desperately.

The referee blows his whistle and brings an end to the game! India are through to the Final! 🙌

Up stepped Chhetri, who crashed a volley in after Manvir Singh brought a cross from Lalengmawia down inside the penalty box. That goal, just past the hour mark, put India in the lead but Chhetri was not done yet.

He was on hand to place a header from a free-kick into the top corner to give India an insurance goal and see out the game comfortably, and also take his tally of international goals within one goal of Messi.

Chhetri will have the opportunity to catch up to or go past Messi's tally when India take on Nepal in the final of the SAFF Championship on Saturday.