'I was unhappy' - Nigeria striker Umotong explains why she quit Brighton 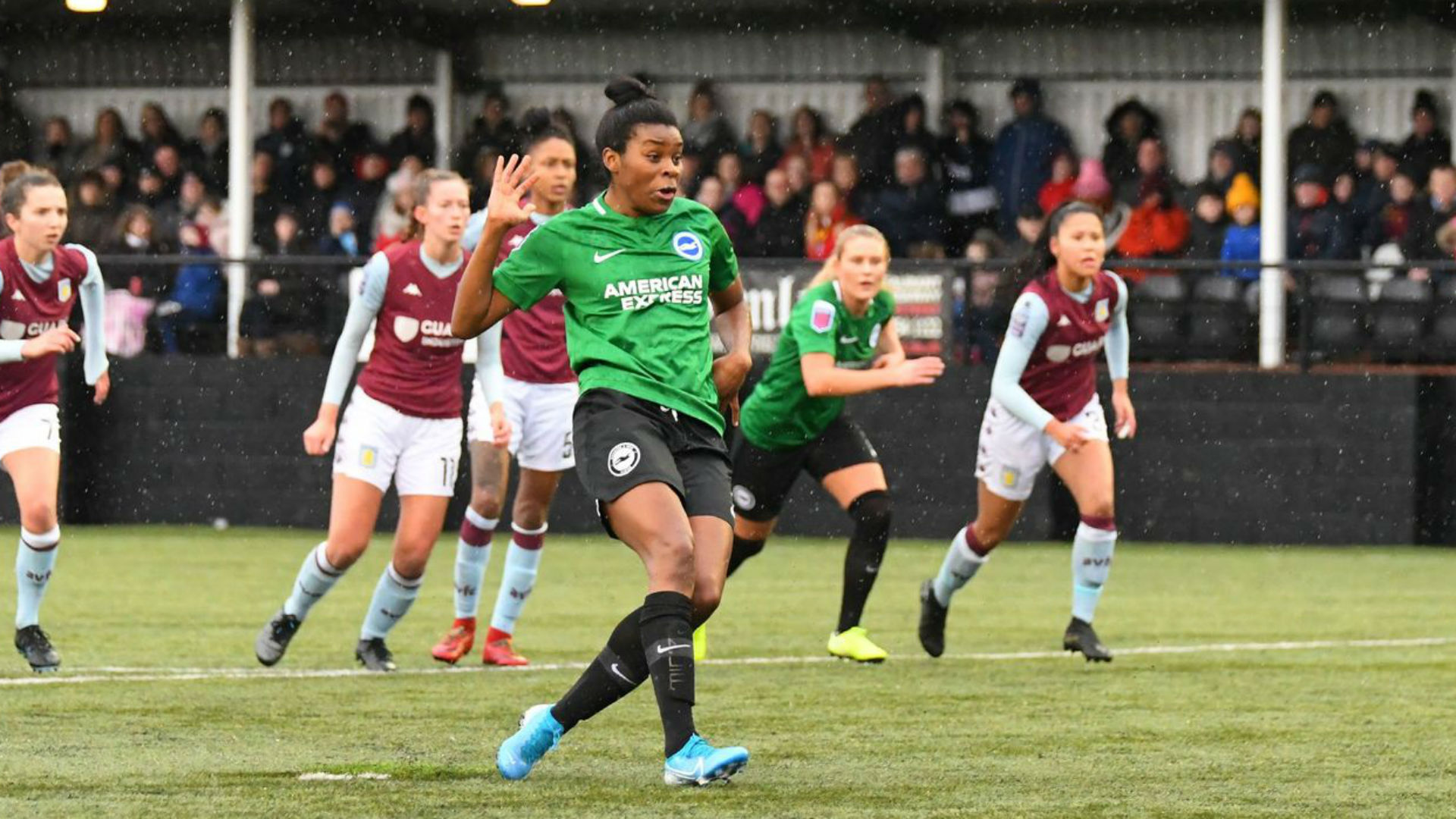 The 26-year-old forward starred during her time with the Seagulls, but she has long decided to walk away at the end of her contract

Nigeria international Ini Umotong has revealed that she has long resolved to leave Brighton at the end of her current contract this summer.

In 2016, Umotong was the WSL 2 top scorer, scoring 13 goals in 19 outings for Oxford and went on to net four times in seven games before being spotted and subsequently signed up by Brighton in 2017 on a two-year deal.

Despite featuring as a substitute regularly, the 26-year-old was in fine form, ensuring her side avoided relegation in the 2018-19 season before agreeing to a one-year extension which expires on July 26.

With the cancellation of the English Women's Super League season on May 25 after a suspension in March due to the coronavirus pandemic, Umotong is not extending her stay with the Seagulls.

Despite her contribution to Hope Powell's team, the Super Falcons striker admitted she decided midway through the campaign to leave this summer, noting that she was no longer happy at the club.

"I had a meeting with Hope mid-season just before lockdown and explained I was unhappy and needed to move on," Umotong told Goal.

"She told me she knew I was unhappy and sensed I was making plans to move on at the end of my contract.

"We agreed it was best for me as I described I wanted somewhere I’d have more attacking reign and influence to do what I’m best at.

"Her one request was that I continue to be positive and professional for the remainder of the season. I told her that of course, that goes without saying.

"It’s unfortunate that the Covid-19 outbreak had to cut for my final games with Brighton short as my teammates and the club have made it a home away from home for me.

"I am excited about my next chapter and being able to exploit my strengths."

During her three-year spell, Umotong scored 19 goals in 59 games for Brighton, including the winner that sealed their 2020 FA Cup quarter-final berth for the first time since 1994.

Having parted ways with Brighton, the striker, who scored her first international goal for Nigeria against Romania in January 2019, is now available to move elsewhere this summer.