'I want to walk among the cows with the Champions League!' - Barcelona boss Setien eyes trophy glory 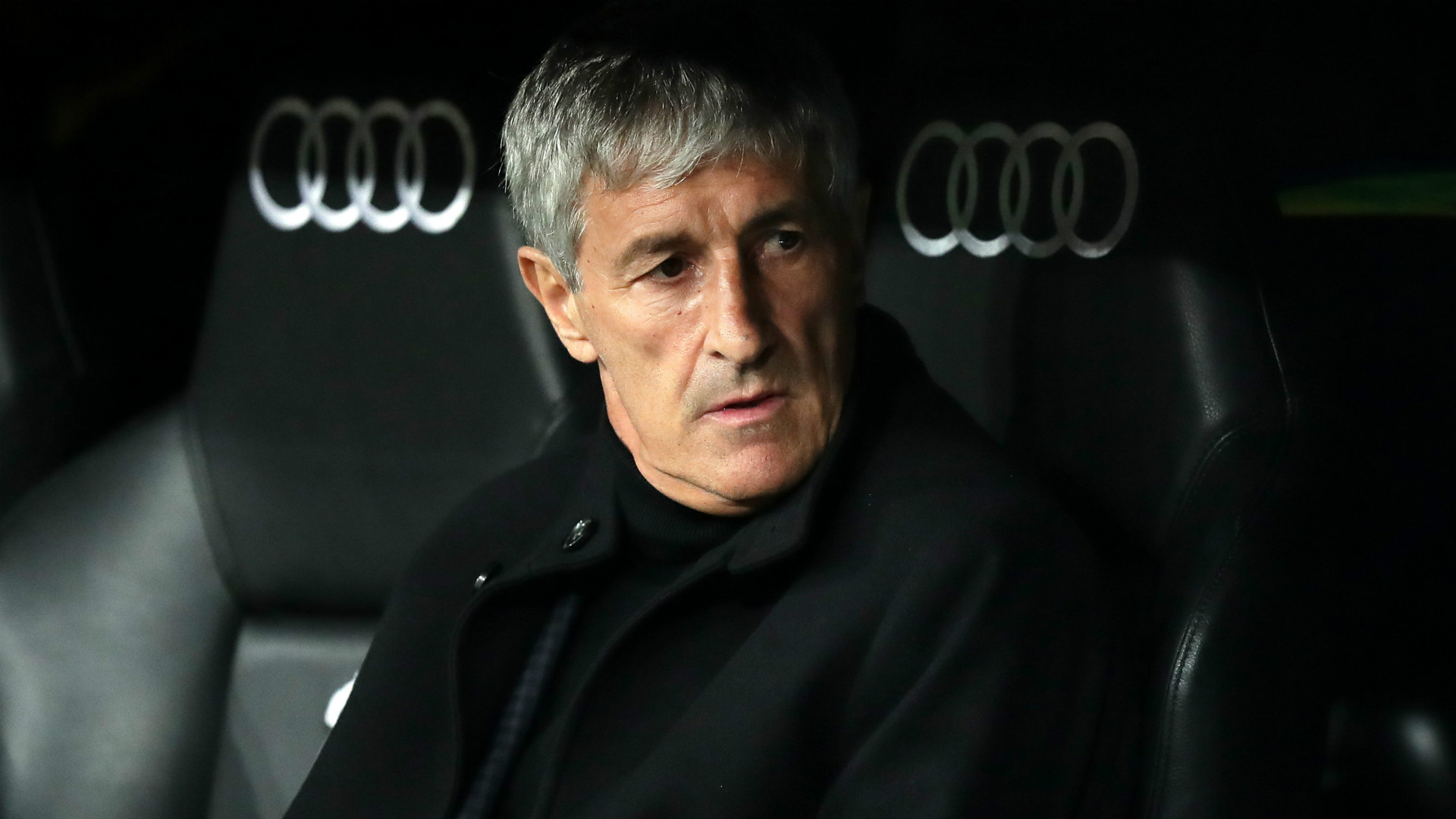 The 61-year-old was appointed head coach at Camp Nou earlier this season, and spoke about his title ambitions, his contract situation and coronavirus

Barcelona head coach Quique Setien says he is aiming to win the Champions League and La Liga titles during his time at Camp Nou - and dreams of taking both trophies back to his home town to show off to the local wildlife.

The former Real Betis manager was appointed Barca boss earlier this season following the dismissal of Ernesto Valverde, although he was not the first choice, with former club captain Xavi turning down the job before Setien was appointed.

The 61-year-old boss is optimistic, however, and has set his sights on winning the biggest prizes available to the club - and then going back to his home as a champion.

Setien told TV3: "I have told the players many times that I don't have time to lose, and I'd like to win both the Champions League and La Liga.

"Of course I've dreamed of winning these titles, and having a walk in Liencres [his hometown] among the cows with the Champions League and La Liga trophies in my hands."

Barcelona, who last won the Champions League in 2015, had been preparing for their last-16 second-leg tie with Napoli - having drawn the first match 1-1 in Naples - when the competition was suspended due to coronavirus.

They are also top of La Liga, two points ahead of Real Madrid as they look to defend their crown. It does, however, remain to be seen when and if the championship can be resumed amid the continued fallout of the Covid-19 pandemic.

Setien, who signed a one-and-a-half-year contract earlier this season with a possible extension of another 12 months, says he would not be comfortable with Barcelona being awarded the title automatically if the 2019-20 season is abandoned.

However, he acknowledges the difficulty of the situation and how football needs to take a back seat until it is absolutely safe to resume.

He said: "The situation is what it is, I don't know if this means it is OK to give to us the Liga title, I won't feel like a champion even having a larger lead than when I arrived, when we were equal with Real Madrid.

"This is a very hard situation for everyone and what matters to me is to find a solution ASAP for going out and being able to see others, and helping people who are suffering this situation with more intensity."