The 45-year-old has touched on various matters regarding his time with the African giants, including how he saved them from a financial crisis

Nigeria legend Sunday Oliseh has opened up on his experience with the Super Eagles which spanned nine years.

The former Borussia Dortmund midfielder made 63 appearances for the West Africans before he was forced to retire from international duty in 2002.

Oliseh was a key member of the Super Eagles team that won the 1994 Africa Cup of Nations in Tunisia under Dutch tactician Clemens Westerhof.

He explained the tournament opened doors of opportunities for him as he secured a move to Italy to play for Reggiana, becoming the first Nigerian to feature in the Serie A.

“The 1994 Afcon was very special for me. In fact, it was my first major tournament for Nigeria in Tunisia and we had some great talents in the squad at that time,” Oliseh told the Punch.

“We were favourites heading into the tournament and we ended up winning it. On an individual note, it was the breakthrough for me at international level.

“So, it was like I opened the tournament and closed it for my country. It was really exceptional and special for me. I was voted the player of the tournament by France Football and that was a confirmation that I could really go further with my game.

“That feat also propelled my move to Italy at that time. I was the first Nigerian footballer to play in the Serie A with Reggiana. It was the experiences I had playing with Liège, Koln and Reggiana that helped me a lot at the 1996 Olympics.” 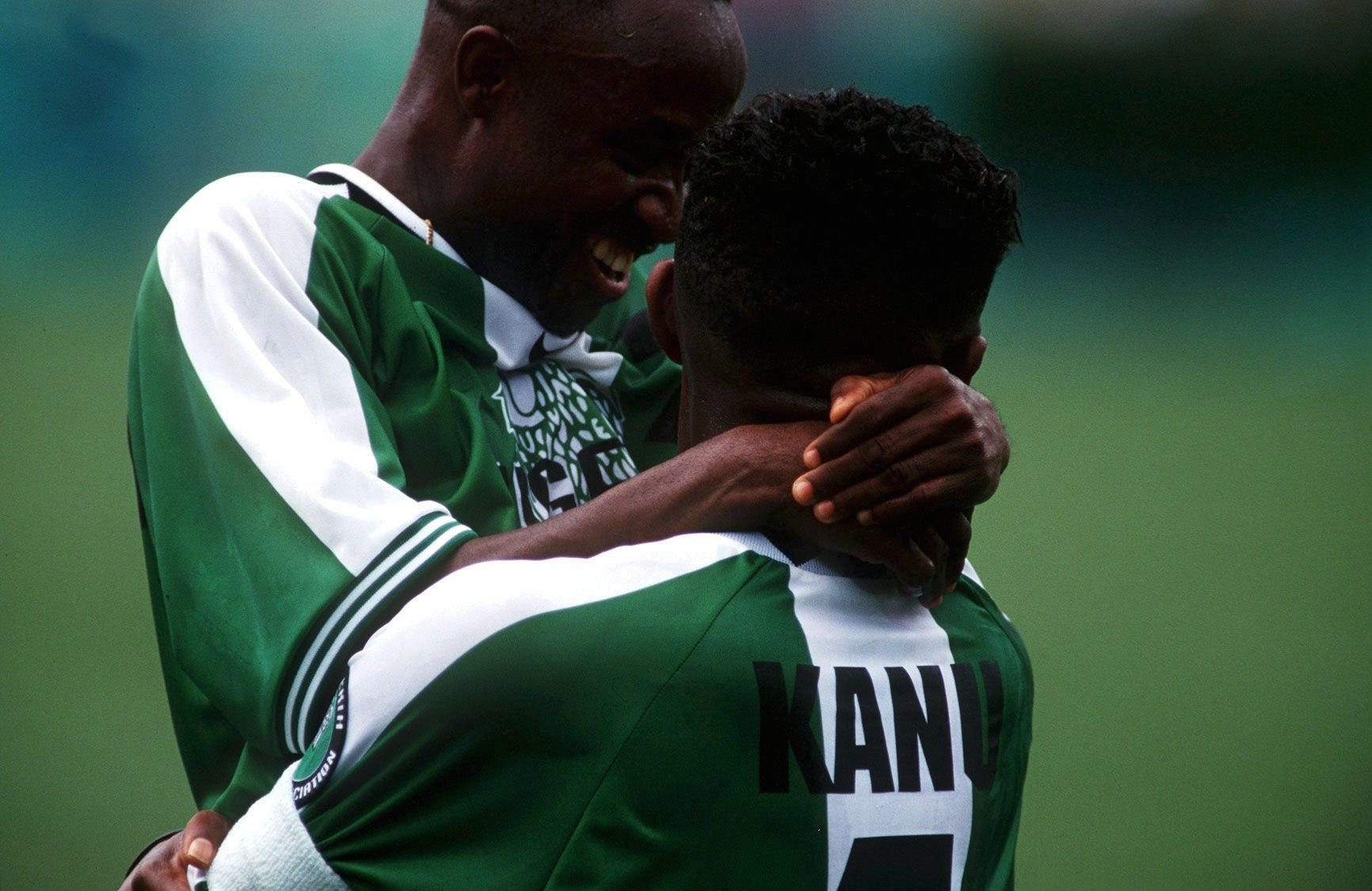 Oliseh was also part of the squad that won the 1996 Olympic Gold medal in Atlanta and explained the numerous challenges they faced at the tournament and how he started funding the Nigeria national team.

“We were not confident but we knew we had a good team. We were just hungry. We were one of the first nations to arrive in Atlanta for the games and we had very little resources to prepare for the games,” he continued.

“We slept in motels. The Olympics was so difficult and it was at that time I started funding the team. Nigeria went there with no funds and I had to give my credit card to rent buses for us to go for training, there were so many sacrifices made but at the end of the day, it’s the highest medal I won as a footballer.

“We had players who wanted to make a point. We had talents like Austin Okocha, Tijani Babangida, Daniel Amokachi, Nwankwo Kanu, Emmanuel Amuneke, Dosu Joseph and Celestine Babayaro. We had such a great team and we were ready to explode.

“We started the tournament well and had qualified from the group before our final game against Brazil. Our main aim was to kick Brazil out because they had already lost one game from their opening two games. But unfortunately, we lost.

“We defeated Mexico in the quarter-final in a game we totally dominated. The second meeting against Brazil was when we came on the scene and avenged our earlier defeat to reach the final. And then there was nothing better than winning the final, coming from 2-1 down to beat Argentina 3-2. It was special for us.” 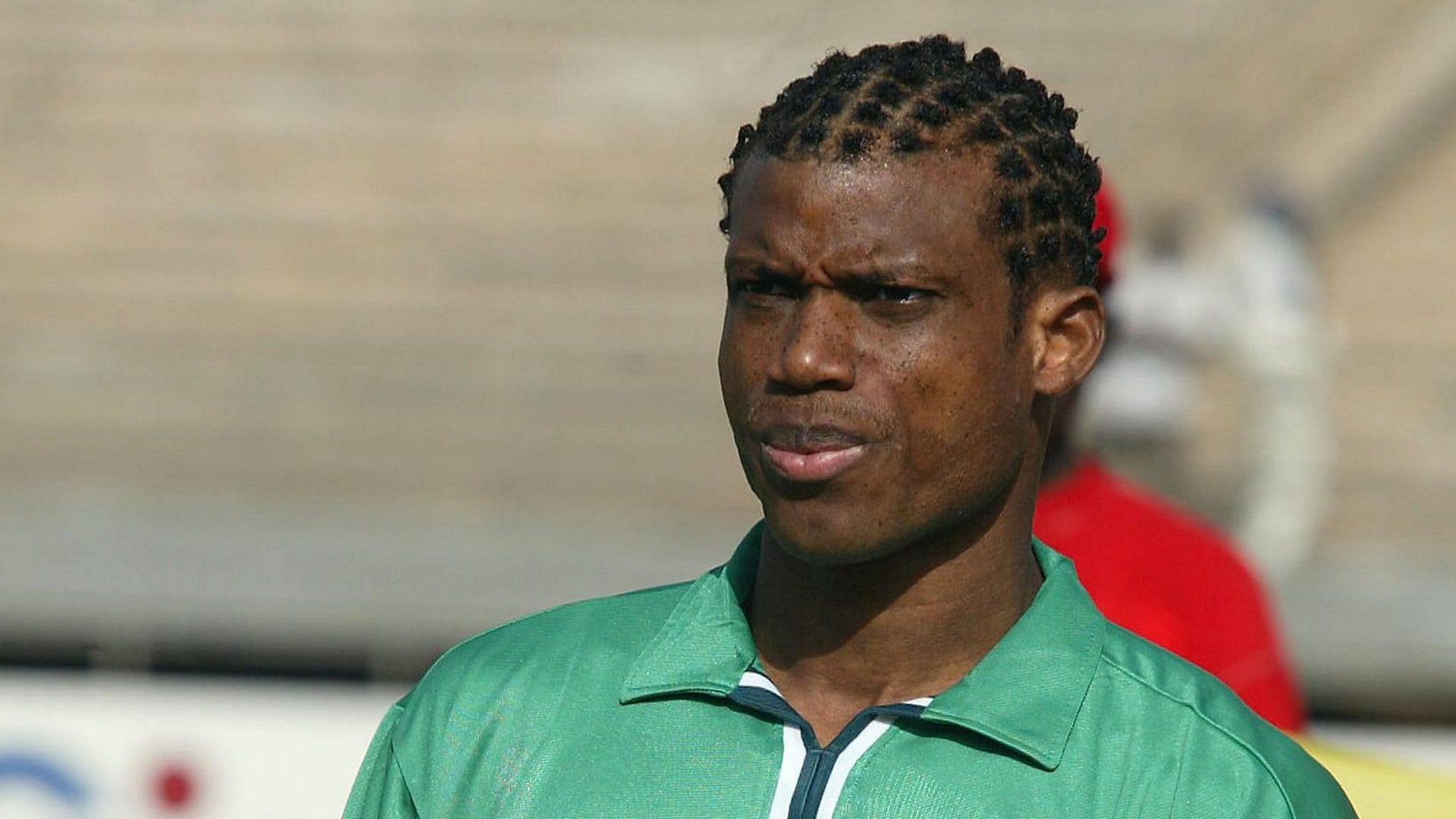 Oliseh was dismissed from the national team after the 2002 Africa Cup of Nations in Mali and subsequently missed the World Cup that same year.

“The Nations Cup in Mali could simply be tagged the corruption tournament. It was all about corruption. Those in charge of the football body then were not prepared to share Fifa’s World Cup money with the players,” he added.

“I approached the sports minister then that we were tired of being owed and it was unfair. All I heard was that for standing up to the minister you’re not going to captain the team to the World Cup. Finidi George was dropped because he was aware. It’s always been one man’s world against the NFF and the one man is wrong.

“I don’t [regret] because there’s nothing that happens by mistake. Even the 2002 World Cup in South Korea/ Japan, which ended being Nigeria’s worst performance at the Mundial, immortalised Sunday Oliseh and others as those who did well for the country in the past. And when they were not there, the team crashed.”