The Spaniard was at fault for two goals out of the four the Red Devils conceded, and has accepted full responsibility

David De Gea took the blame upon himself after Manchester United suffered a humiliating 4-0 defeat at the hands of Brentford in the Premier League on Saturday. The Spanish goalkeeper was at fault for the first two goals that the Bees scored within 18 minutes of kick-off at the Gtech Community Stadium.

Josh Dasilva opened the scoring when De Gea let the Brentford star's tame shot sneak under his body at his near post, and he played Christian Eriksen into danger a few minutes later from a goal kick, with Mathias Jensen subsequently snatching the ball away from the Danish midfielder before slotting the ball home.

The Manchester United custodian requested to face the Sky Sports cameras after the match to accept full responsibility for the defeat.

"I think I cost my team three points today. It was a poor performance from myself," said De Gea. "After the first mistake and then the second, it was very tough to be playing and it was a horrible day. Of course, we should react better but the moment we are living now is tough, every time we concede a goal.

"I should've saved the first shot and probably the result would be different. I [should] have to read it better and kick it long. But, of course, we always try to play. But today they pressed hard and I should've read it better." 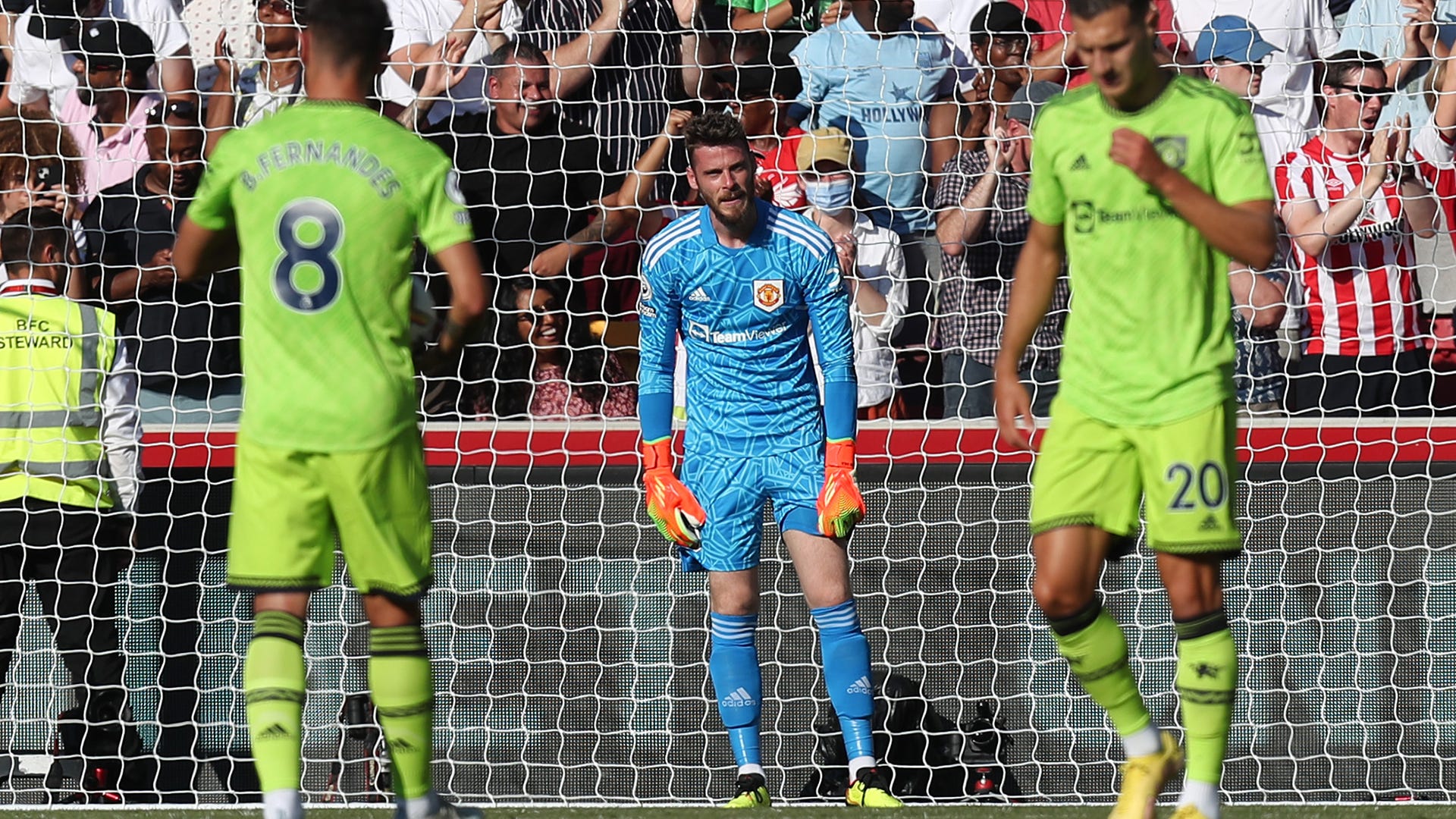 Does De Gea believe Man Utd can get out of their crisis?

The Red Devils are bottom of the table after starting the 2022-23 campaign with back-to-back defeats, with a huge clash against arch rivals Liverpool up next at Old Trafford on August 22.

De Gea did not have an answer when quizzed on how the team can get themselves out of their ongoing crisis, but stated that everyone must remain united during these tough times.

He said: "I'm not sure, to be honest. Everyone is improving a lot and feels like we're on the same page. We must stick together."