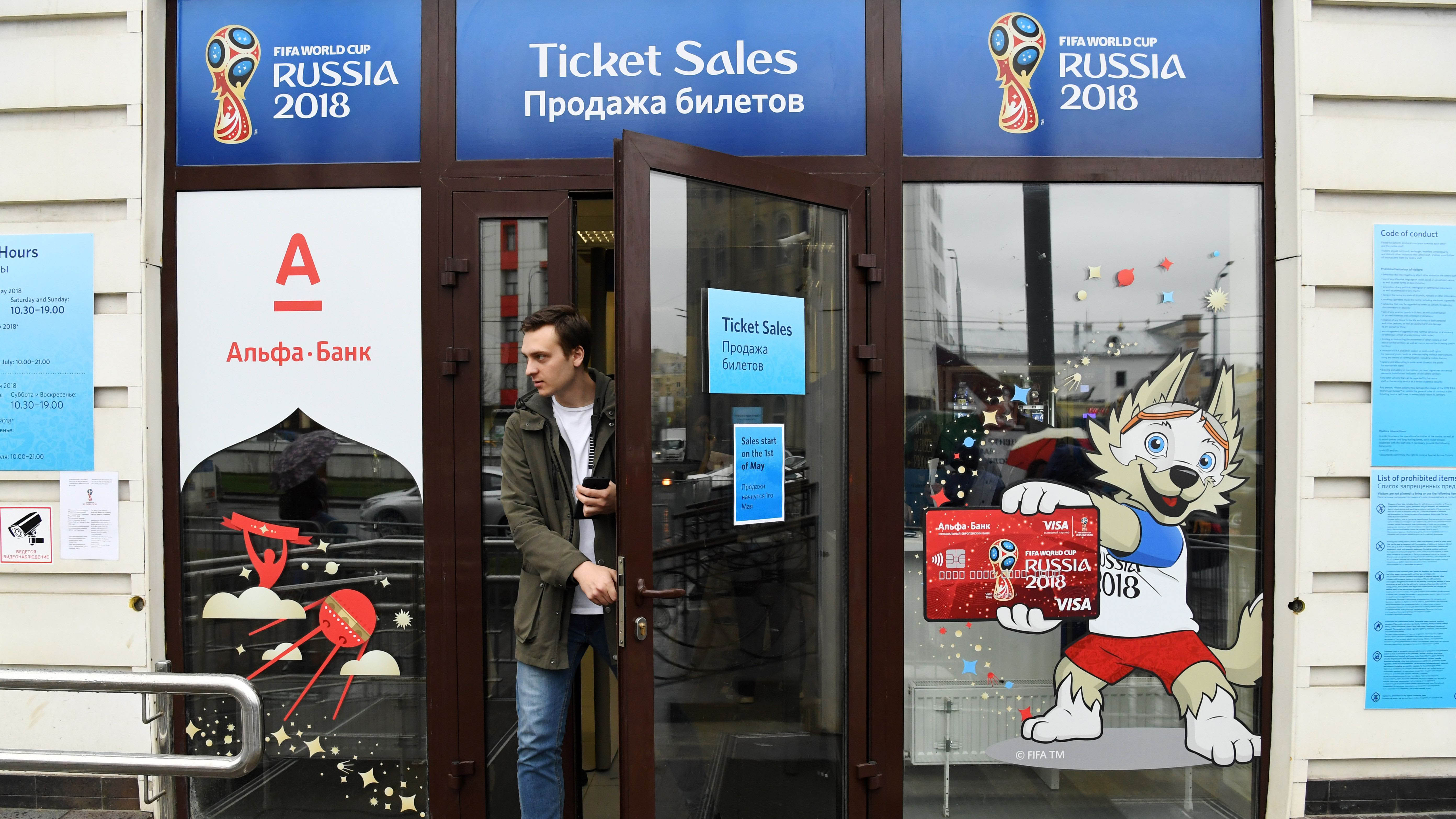 Three Lions fans will be tempted to follow their team to Russia in case they make it to the final – but how can supporters buy tickets?

With England having made it to the last four of the World Cup, Three Lions supporters will be hopeful of making it to Russia to see them face off Croatia and hopefully make it to the final.

FIFA's ticketing schemes allow for last-minute buyers though the online purchasing process is based on luck of the draw, though England fans will be willing to try their success – or, alternatively, try their hand with resale prices.

Additionally, Russia have waived their visa requirement for match attendees, though this only applies to holders of valid World Cup tickets.

Here is everything you need to know about purchasing tickets for the World Cup final games.

How can I buy World Cup semi-final tickets?

A slew of tickets for the Croatia vs England semi-final were released on Sunday on the official FIFA website , though they have all sold out. Purchasing World Cup tickets through the official FIFA channel is the best way to acquire match tickets, though users experienced severe delays in page refreshing and were forced to wait at their computers as they were placed in an online queue.

To purchase tickets online from the official FIFA website, fans will need to apply for tickets and play a waiting game in terms of success. Tickets will be resold on the FIFA website once fans return them – such as Brazil or Portugal fans who had expected their team to reach this stage – and a large majority of tickets purchased by Russian fans will have been returned to the website following the defeat to Croatia.

Desperate England fans who will be aching to watch their team possibly make it to the final of the competition will be tempted to look on ticket resale websites, though this is a massive risk.

Tickets resold on resale websites will obviously be marked up higher than their original retail price, though fans going this route risk not getting their identification approved as World Cup tickets need to be linked to the original buyer with valid proof.

How much are World Cup tickets being touted for?

Certain resale websites have priced their tickets at not much higher than its face value, beginning at around £350, though others are more expensive – with Stubhub offering tickets from the price range of £634 ($831) at its lowest, with top prices as high as £11,000 ($15,000).

Other websites such as Viagogo are reselling their tickets at similar value.

Tickets for the actual World Cup final begin at similar prices, though category one seats can reach up to a massive £140,000 ($105,000) per ticket as per Stubhub.

Are there visa restrictions for the World Cup?

The Russian government has organised a visa-free period during the event of the World Cup, with fans able to acquire a Fan ID to gain entry to the country 10 days before the tournament starts and 10 days after it ends.

In addition to entering Russia, Fan IDs must also be worn when entering a World Cup stadium and must be kept visible while inside the venue.

It is important to note that only those with valid Fan IDs will be able to have their visas for Russia waved. Fan IDs will be checked upon departure from the relative country and travel will not be permitted without a Fan ID.

What is the risk of using a World Cup ticket acquired unofficially?

Security measures implemented by FIFA and the Russian government make it look impossible to use a ticket purchased from a tout or scalper.

Every Fan ID has a person's name, photo and passport details visible, and each World Cup ticket is linked to one and also has the ticketholder's name printed on it.

This means it will likely be easy for Russian security officials to see if the name on the Fan ID and the ticket do not match.

It's important to note that there will be two separate ticket checks at each venue - one at an external perimeter and the other at the stadium entrance.

According to FIFA, fans at the external perimeter will be requested to present their Fan IDs and tickets.

While at the stadium entrance, electronic ticket validation will be implemented through a radio-frequency identification (RFID) system, which will identify cancelled or counterfeit tickets that will not give access to the respective match.

With two security checks and the Fan ID/ticket system, the risk has never been higher in purchasing tickets from unofficial channels.

You could quite easily part with your hard-earned money and still not get to see the match you wanted.

How much do face value World Cup tickets cost?

FIFA split up ticket prices for the World Cup into four different categories, with tickets inevitably increasing in price as they drew neared to the final.

Ticket prices in U.S. dollars (and Russian roubles for category four) for the semi-final, final and third-place fixtures are displayed in the graphic above. The table below shows the price conversion from U.S. dollars to British pounds.

Can I sell my World Cup ticket on the street?

You can, but you will risk prosecution from Russian authorities.

According to FIFA's website, you may not sell, offer for sale, resell, offer at auctions, donate tickets, act as a commercial ticket agent for another party or otherwise transfer your ticket in any way without the specific prior written consent of FIFA.

As per the Code of Administrative Offences of the Russian Federation No. 195-FZ dated 30 December 2001, it is an administrative offense to transfer or resell without FIFA's consent.

Will World Cup tickets be on re-sale?

No - tickets will be available exclusively through FIFA.com.

The only way to transfer or resell tickets is with the written consent of FIFA, who will publish a Ticket Transfer and Resale Policy when sales begin.

In short, if you buy tickets anywhere other than FIFA.com you are risking those tickets either being counterfeit or cancelled by FIFA with no refund.