Inclusion of Papa Babacar Diawara one of the key factors behind Mohun Bagan's resurgence after a humiliating 4-2 loss to Churchill in December...

Mohun Bagan had a troubled start to their I-League campaign. After a drab goalless draw against Aizawl, the Mariners succumbed to a chastening defeat at home to Churchill Brothers.

The margin and manner of the debacle laid bare their bones. It became imperative for Kibu Vicuna that he had to tweak things. Their weaknesses at both ends of the pitch were out in the open.

In the two matches mentioned above, Mohun Bagan created numerous chances but the lack of a clinical finisher let them down. Against Churchill, even after going down by four goals, the Kolkata giants could have at least scripted a comeback if Salva Chamorro had made the most of the several opportunities that fell his way. Later Vicuna stated that not converting any of the 28 chances they created was disappointing.

That was only half the problem as goalkeeping was another area of concern. Debjit Majumdar had to be sacrificed as the custodian should have done much better during two of the four goals conceded.

Vicuna's job was on almost on the line and the Spaniard had to call the shots. Chamorro was soon shown the door and Majumdar was relegated to the bench.

While Sankar Roy stepped up, Bagan officials did their part in signing Papa Babacar Diawara with alacrity as a replacement for the Spanish striker. 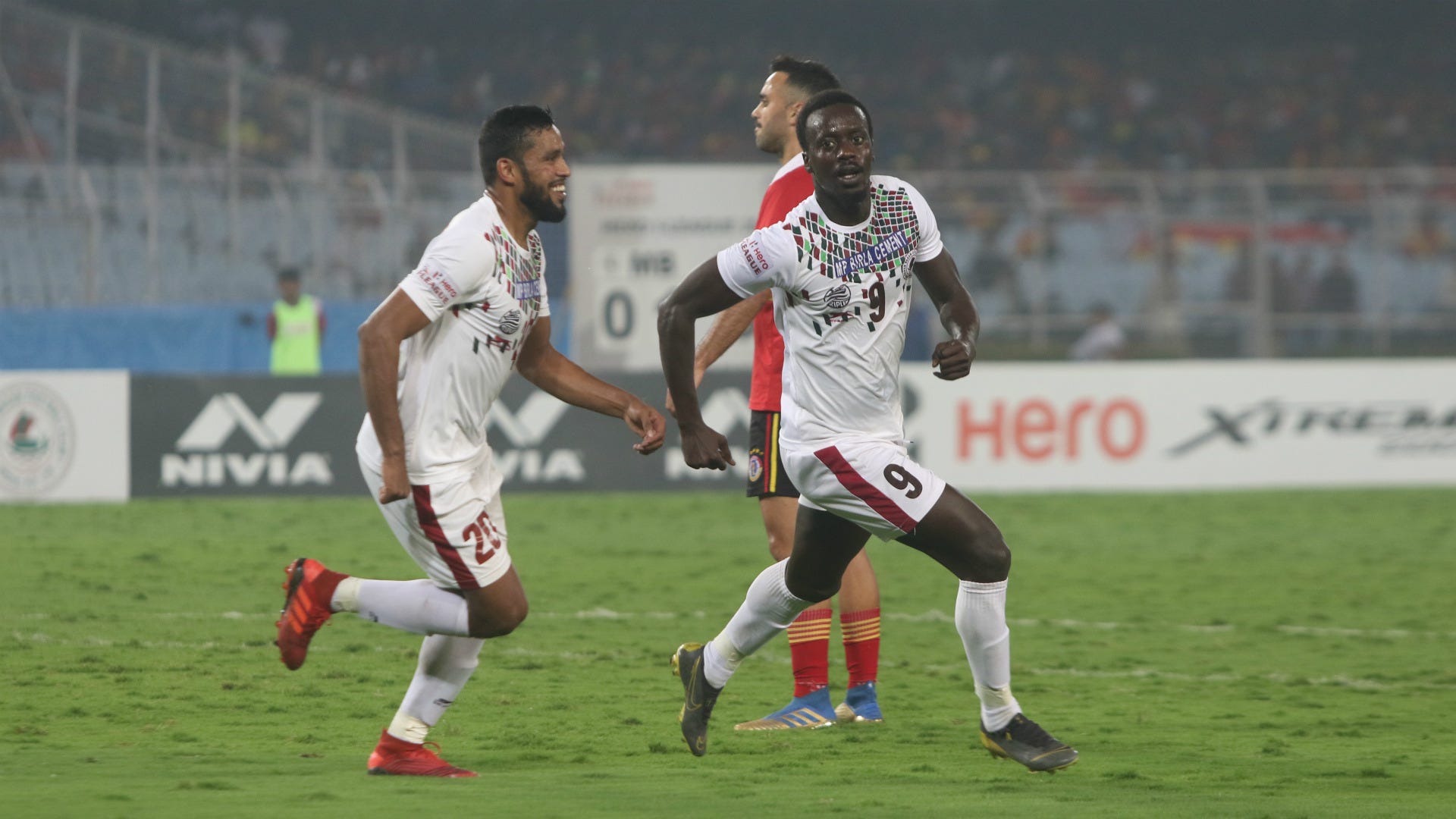 Although Roy has looked shaky at times and has got generous room for improvement, Diawara has been prolific in the opposition box. After taking a couple of matches to settle down in his new surroundings, the Senegalese striker has scored in five consecutive matches. He has been a difficult customer to deal with and his deft movements inside the box, often creating space for his teammates to utilise.

While the inclusion of Diawara has had an immense impact, Bagan have not been over-reliant on him. They have got 10 different goal-scorers and even fringe players like Subha Ghosh have delivered when called upon from the bench. Individual inspirations can bail out a team in some matches but to win a league, the collective must step forward.

It is important to make have one another's' back, make sacrifices and Vicuna's men have not disappointed. In the absence of Daniel Cyrus, Fran Gonzalez has slotted in as a centre-back. VP Suhair has been playing on the flanks more often than not, to allow Diawara to take up a more central position and the Keralite has done a decent job so far.

But their resolve will once again be tested to the hilt when they lock horns against Churchill on February 22 in the reverse fixture. Willis Plaza continues to be in fine form and his late winner against Aizawl further testifies that the Trinidadian can single-handedly change the complexion of any match. Moreover, if Cyrus regains match fitness and starts against the Goan side it will be a tough task for him to contain his compatriot as he has been out of action for a considerable period of time.

Yet Churchill's home form will give some solace to Vicuna. They have lost to TRAU, Chennai City and Indian Arrows and have churned hard-fought victories against East Bengal and Aizawl.  Therefore their sailing has been far from smooth at the Jawaharlal Nehru Stadium. If the likes of Joseba Beitia, Komron Tursunov and Diawara are allowed to settle down, the green and maroons could well pick up their 10th win of the season.