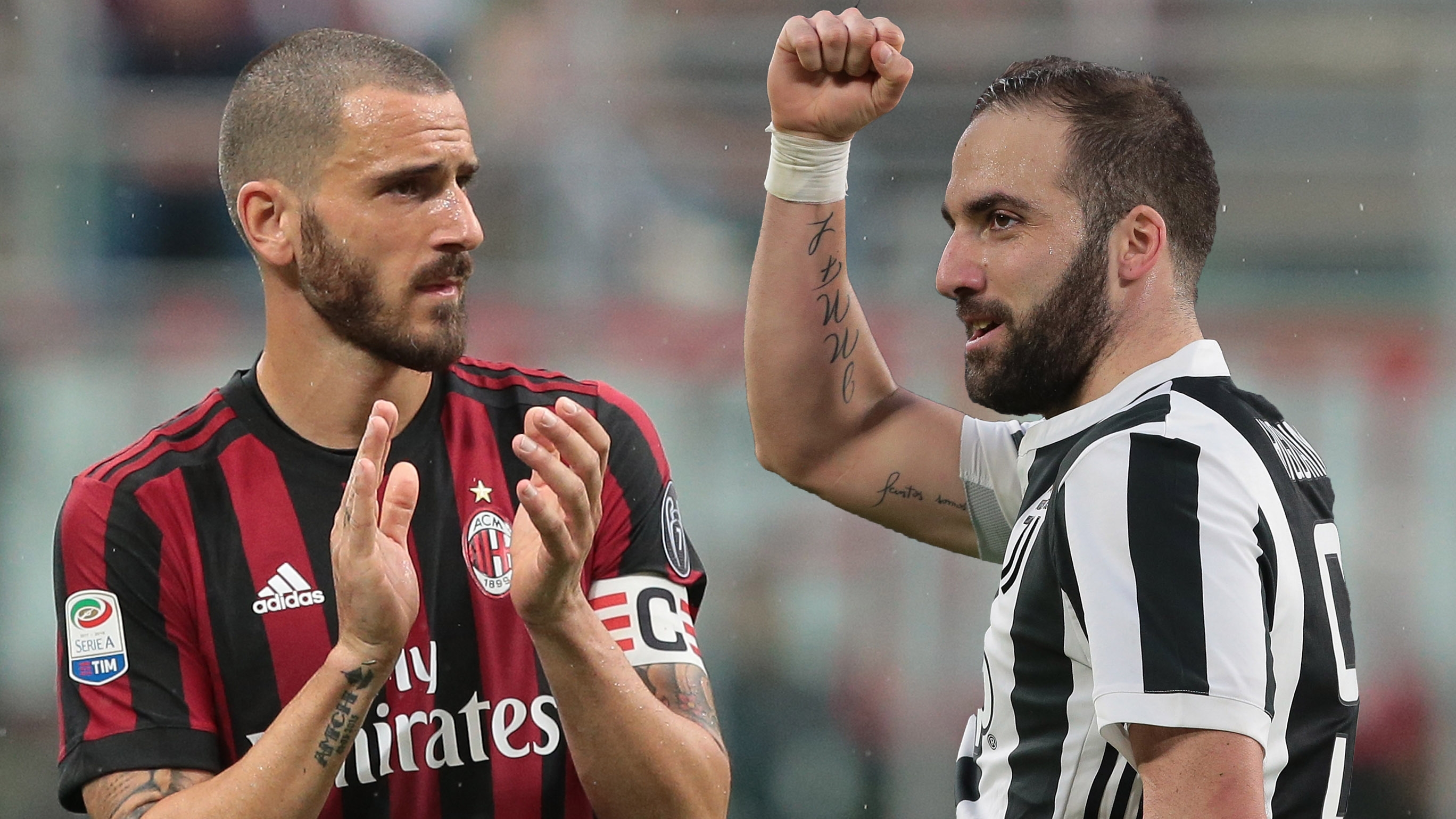 AC Milan and Juventus are set to complete a sensational three-player transfer deal, as Gonzalo Higuain prepares for a move on loan to San Siro while defenders Leonardo Bonucci and Mattia Caldara swap clubs.

Goal can confirm that after rounds of talks between the two Serie A giants, an agreement has been struck.

Higuain, whose first-team spot in Turin has been threatened by the arrival of Cristiano Ronaldo, will spend the next season on loan with Milan in an €18 million (£16m/$21m) loan switch.

The Argentine could then become a permanent member of the Rossoneri squad should they take up a further purchase option worth  €36m (£32m/$42m) at the end of the 2018-19 campaign.

Higuain will now travel to Milan to undergo his medical on Thursday morning, but the former Real Madrid and Napoli striker is not the only piece of business that has been conducted between the rivals this summer.

After just one season at Milan, Bonucci will return to his old club, having struggled to show his best form at San Siro.

Caldara, who spent a single month with Juve having moved from Atalanta at the start of the transfer window, is the makeweight in a deal to bring back the Italy defender.

The move will be a straight swap, both players being mutually valued by their current clubs at €35m (£31m/$40.8m).

Juventus had originally insisted on a buyback clause for 24-year-old Caldara, who has played twice for the Bianconeri in the 2018 International Champions Cup; but dropped the demand during talks with Milan.

The two players will now fly back from the U.S. to complete their respective moves ahead of the start of the Serie A season on August 18.