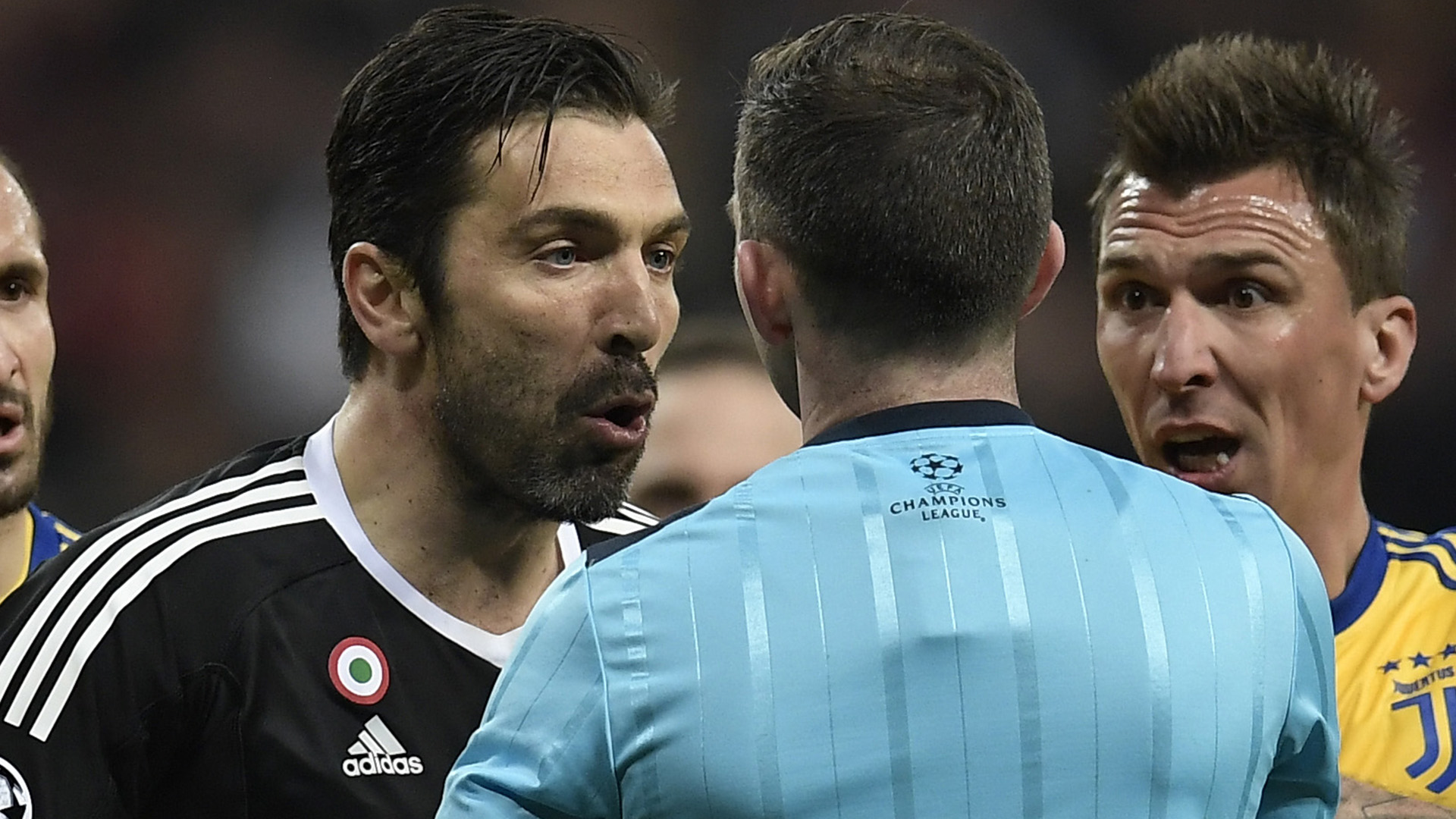 Gianluigi Buffon has launched an astonishing broadside on referee Michael Oliver after his Juventus side exited the Champions League at the hands of Real Madrid.

Few gave the Italians a chance following their 3-0 first-leg defeat in Turin, yet they battled back to draw the tie level at the Bernabeu thanks to a double from Mario Mandzukic and another goal from Blaise Matuidi.

The quarter-final, however, was decided in stoppage-time through a Cristiano Ronaldo penalty, with the 40-year-old goalkeeper dismissed for protesting Michael Oliver's decision to award the spot-kick.

Buffon stands by his reaction to the award, which saw Lucas Vazquez go down under a challenge from Mehdi Benatia.

“A quality referee does not destroy the dream of a team that has put everything on the field for 90 minutes,” he fumed to Mediaset Premium. “He wanted to play the part of the protagonist.

“A human being cannot whistle for an incident so doubtful after a game like that, unless you have a garbage bin instead of a heart. If you do not have personality, you should be in the stands eating chips with your family. This referee did not have the courage or the personality for this level.

“I could’ve told the referee anything at that moment, but he had to understand the degree of the disaster he was creating. If you can’t handle the pressure and have the courage to make a decision, then you should just sit in the stands and eat your crisps.

"If you don't have the personality needed for certain levels, it's better to watch the game in the stand with your wife, maybe eating chips. It's a question of the kind of sensitivity that every man must have, knowing whether to officiate or not. It means not knowing where you are, what teams are playing. In practice, it means you don't know shit."

The veteran, who was chasing a first Champions League title, reserved praise for his opponents, and he believes Zinedine Zidane’s men will go on and win a third successive title.

"For me it has always been an honour to face Real Madrid, who will win the Champions League,” he added. “They are truly great, a great team, a great club, and a great crowd. But tonight, we deserved at least extra time.

“We started with little chance of doing so, which was understandable after the first leg. But I play with guys that are capable of any feat. I'm proud to be part of a team like that.

“It disappointed me to leave the boys with 10 men, but I said objectively Real Madrid deserved the victory, we shake their hands and move on. We will be furious when stepping on to the pitch in Serie A this weekend. Furious.”