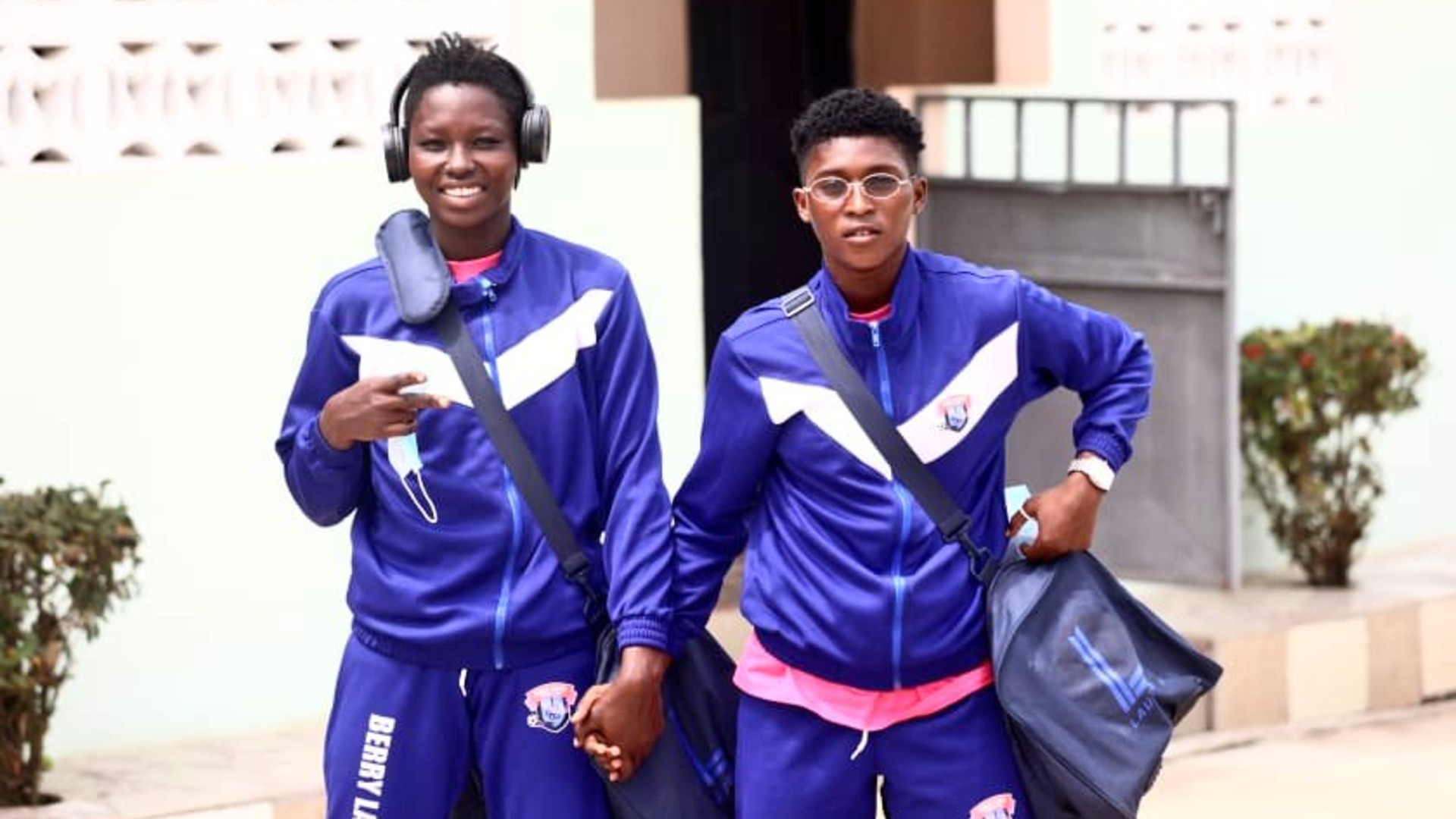 Mercy Tagoe's side maintained their fine start, while the champions were held by their hosts in the Ghana Women's Premier League fixtures

Berry Ladies earned the second win of the season after defeating Soccer Intellectuals Ladies 3-1 in the southern zone on Sunday.

Continuing from the opening day's 3-2 victory over Immigrations Ladies, Felicity Asante's hat-trick was all Mercy Tagoe's side required to claim the three points despite Adina Akpo's opener from Intellectuals.

Akpo gave the hosts the lead from the spot in the 18th minute but Asante levelled matters from the spot nine minutes later before putting them in front for the first time on the half-hour mark.

After the break, Asante completed her treble of the match eight minutes into the second half to guarantee the win for the visitors.

The result means Berry Ladies now have six points from two matches and Abigail Tutuwaah was named the Player of the Match for her impressive contribution in the colours of Berry.

Earlier on Friday, Northern Ladies suffered their first loss of the season, at home against Kumasi Sports Academy Ladies after a 1-0 defeat at the Aliu Mahama Stadium in Tamale.

The solitary effort of Joyce Asamoah in the 29th minute was all the visitors needed to claim the maximum points in the northern zone.

On Saturday in Kumasi, Prisons Ladies secured their first triumph of the campaign following a 1-0 victory over Ashtown Ladies.

Abigail Tutuwaah's 51st-minute strike ensured the visitors bounced back from a 1-0 defeat to Supreme Ladies, at WESCO Park.

On the same day, Supreme Ladies earned a second win of the season following a 1-0 victory at home over Fabulous Ladies.

Gearing up from a 1-0 opening day win at Prison Ladies, Supreme subdued their local rivals Fabulous thanks to Sandra Owusu Ansah's 74th minute superb finish in the northern zone tie at the Okese Park.

Elsewhere, Ampem Darkoa Ladies defeated Pearl Pia Ladies 2-0 at the Ohene Ameyaw Park in a grudge match that ensured between the U17 women's coach Baba Nuhu and his assistant Nana Adarkwa.

A first-half brace from Ophelia Serwaa Amponsah gave Ampem Darkoa Ladies their maiden win of the season at home.

At McDan Town Park, Immigration Ladies were forced to a 0-0 draw at home by champions Hasaacas Ladies on Saturday.

The Immigration were searching for their first win of the season after a 3-2 defeat to Berry Ladies but needed to subdue holders Hasaacas, who pipped Lady Strikers 2-1 last week.

However, Immigration does have goalkeeper Patricia Mantey to thank for her great saves as they shared the spoils with Hasaacas.

While Lady Strikers celebrated their first win of the season after a 5-4 triumph over Thunder Queens at Tema Community School Park.

The Strikers had suffered a 2-1 defeat at home to Hasaacas Ladies last week and fought hard to subdue Thunder Queens, who forced Police Ladies a 1-1 draw on the opening day of the season.

Elizabeth Oppong opened the scoring for Thunder Queens in the 13th minute before Gifty Dwamena doubled the lead from the spot 11 minute.

Lady Strikers, however, began their fightback and fortunately pulled one back through Catherine Arthur from the spot in the 36th minute before Suzzy Dede Teye levelled three minutes later.

Having squandered their two-goal lead, Sarah Inkoom struck in the 42nd minute to help the visitors back in front before the break.

After the restart, the Strikers recovered their two-goal advantage when Gifty Addai added a fourth of the match in the 49th minute.

The hosts, however, crawled back into the contest when Vivian Konadu netted a few moments later to reduce the deficit.

In a quick response, Arthur fired home a fifth and winner for the visitors, with her brace of the day in the 59th minute but Esther Moffat's effort 10 minutes later could not deny Strikers' the win.