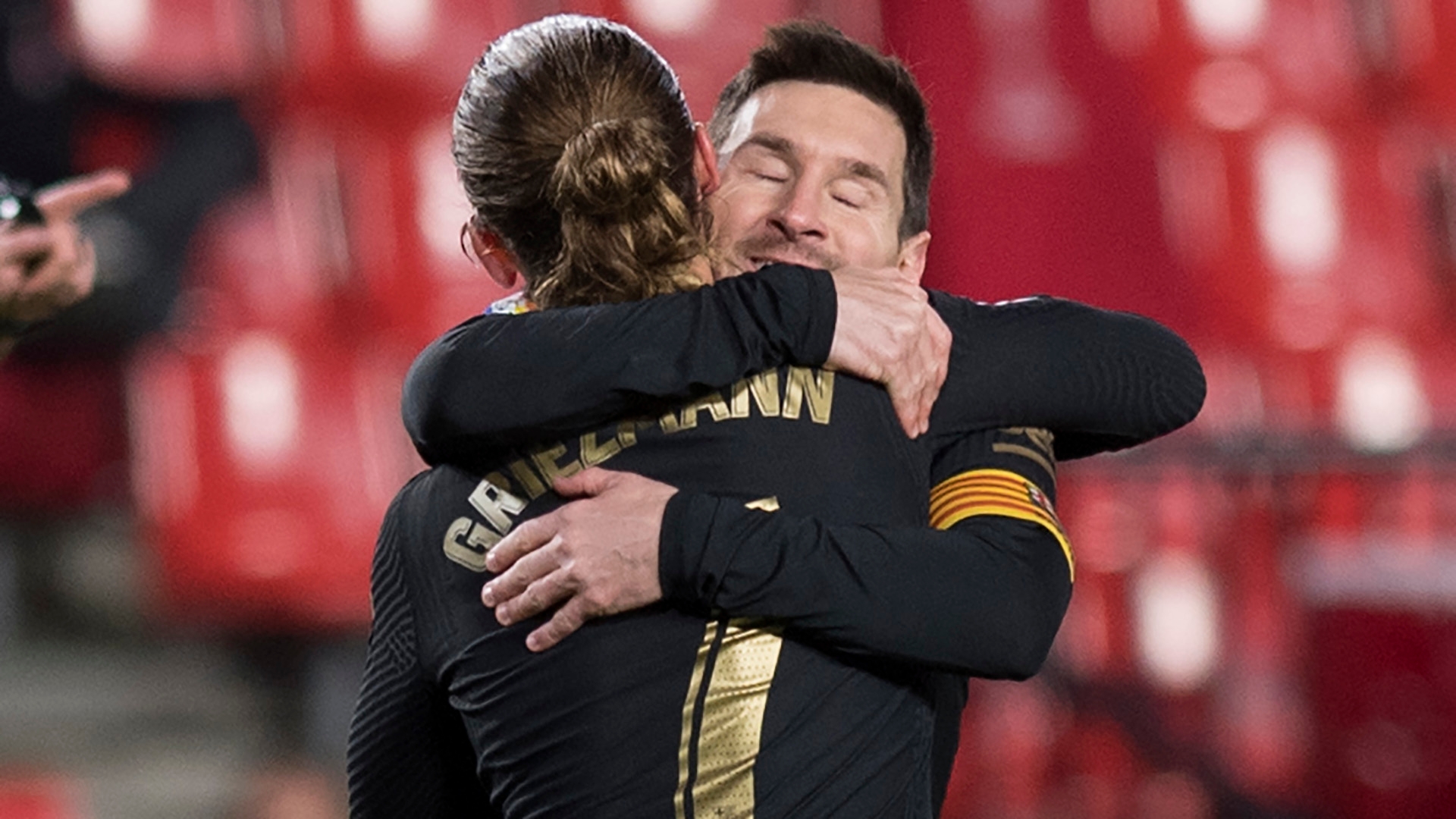 The France international forward is enjoying working alongside an all-time great, while also praising the fine form of Ousmane Dembele

Antoine Griezmann is “enjoying” having “legend” Lionel Messi alongside him at Barcelona and hopes the mercurial Argentine can deliver more magic as summer transfer talk rumbles on.

Serious questions continue to be asked of how long the six-time Ballon d’Or winner will be sticking around at Camp Nou.

Messi’s contract is running down, with no extension yet agreed by the 33-year-old frontman.

Exit rumours are not proving a distraction at present, with the all-time great rediscovering his spark in 2020-21 to find the target on six occasions in his last five appearances. Despite the ongoing speculation, he has scored 15 goals in 23 appearances in all competitions this season, while providing a further four assists.

He is now up to 24 goals for the season and remains a talismanic part of Barca’s plans, with another vital effort registered last time out in the 2-1 victory over Athletic Club.

Griezmann was also on the scoresheet in that contest, with the France international quick to recognise the importance of the man playing alongside him.

“We are enjoying Messi, he's a legend,” the World Cup winner told Movistar. “Hopefully we can keep enjoying him and he can keep helping us win.”

Another club colleague to have caught Griezmann’s eye of late is fellow countryman Ousmane Dembele, with the 23-year-old winger finding form as questions are also asked of his future.

The efforts of Griezmann and co have helped to fire Barcelona back into title contention this season, with Ronald Koeman’s side now sat second in La Liga, 10 points adrift of leaders Atletico Madrid.

High standards will need to be maintained from this point in order to rein the Rojiblancos in, but Griezmann added on the pursuit of major silverware: “There are lots of games to go and we have to focus on ourselves. We have to try to win every game we have left and then we'll see.”

Barca will be back in action on Wednesday in their Copa del Rey quarter-final clash with Granada.