Ghana's Sulemana with an assist as Rennes condemn off-colour PSG 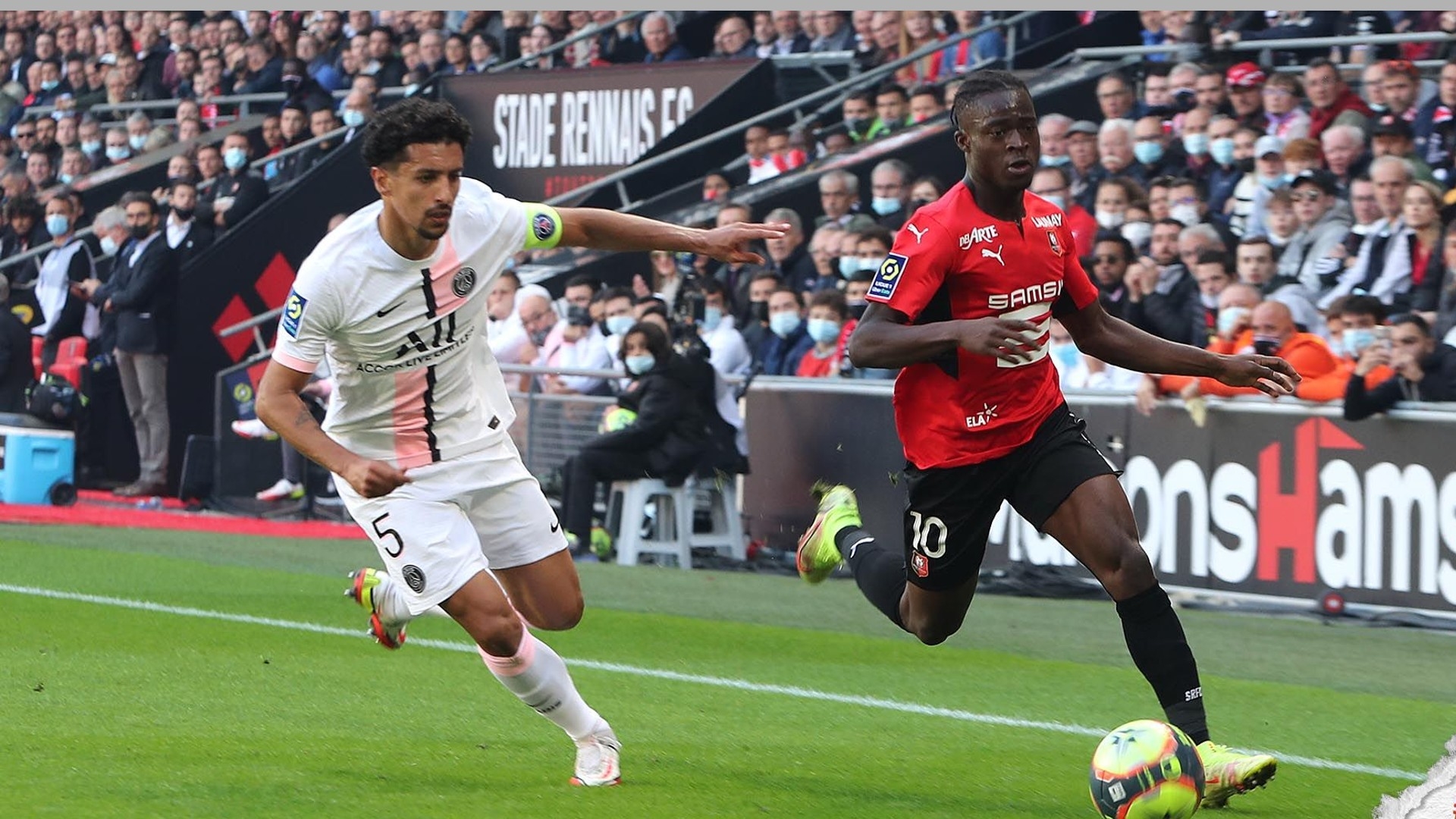 Ghana's winger Kamaldeen Sulemana recorded an assist as Rennes defeated PSG 2-0 in a Ligue 1 encounter at Roazhon Park on Sunday.

Sulemana's side registered the victory as Gaetan Laborde scored late in the first half before Flavien Tait added the other goal just as the second half began.

Morocco's Nayef Aguerd did a better job by restraining an accelerating Kylian Mbappe in the sixth minute as PSG threatened to open the score early.

In the 10th minute, Sulemana led Rennes' attacks as the play he started ended at Gaetan Laborde's feet, but PSG's Gianluigi Donnarumma was alert to thwart the impending danger.

Achraf Hakimi lost the ball inside the penalty area in the 18th minute when PSG counter-attacked but Rennes recovered, counter-attacked too but their move was equally blocked for a fruitless corner.

Idrissa Gueye's long-distance shot in the 27th minute barely missed the left-post as Rennes managed to keep them far away from their penalty box.

Lionel Messi won a free-kick in the 31st minute and his curled effort from 25-yards hit the bar and bounced into play as Rennes breathed a sigh of relief.

As Rennes recovered from the PSG siege, Sulemana won a corner and the home side took time before they delivered it but were unable to pick anything meaningful from the set-piece in the 41st minute.

Senegal's Alfred Gomis did well to stop Angel Di Maria's cross that was destined for a PSG player in the 44th minute. Gomis and Sulemana, were at this point Rennes' outstanding players.

Gaetan Laborde - with an assist from Sulemana - scored the opener for Rennes in the 45th minute. The Ghanaian delivered a cross from the left-wing and Laborde - with a first-time volley - buried the ball into the far post as Rennes took the lead against the run of play.

The home side scored the second just as the second half began when unmarked Tait found the back of the net from a cross delivered by Laborde.

The referee had to caution Rennes' Jonas Martin after he hit a PSG player during an aerial challenge while Presnel Kimpembe and Donnarumma were yellow-carded for protests in the 55th minute.

Sulemana - who was a thorn in PSG's flesh - took a right-footed shot in the 62nd minute, but he could not find the far right corner.

Gueye was among the players substituted in the 75th minute alongside Neymar and Marco Verratti as Mauro Icardi, Georginio Wijnaldum and Ander Herrera came on.

Hakimi could have easily handed Rennes a penalty in the 82nd minute when he looked to have made contact with Laborde in the box, but after a VAR assessment that showed Hakimi made contact with the ball and not Laborde - the referee had to cancel his earlier decision that had awarded the home side a penalty.