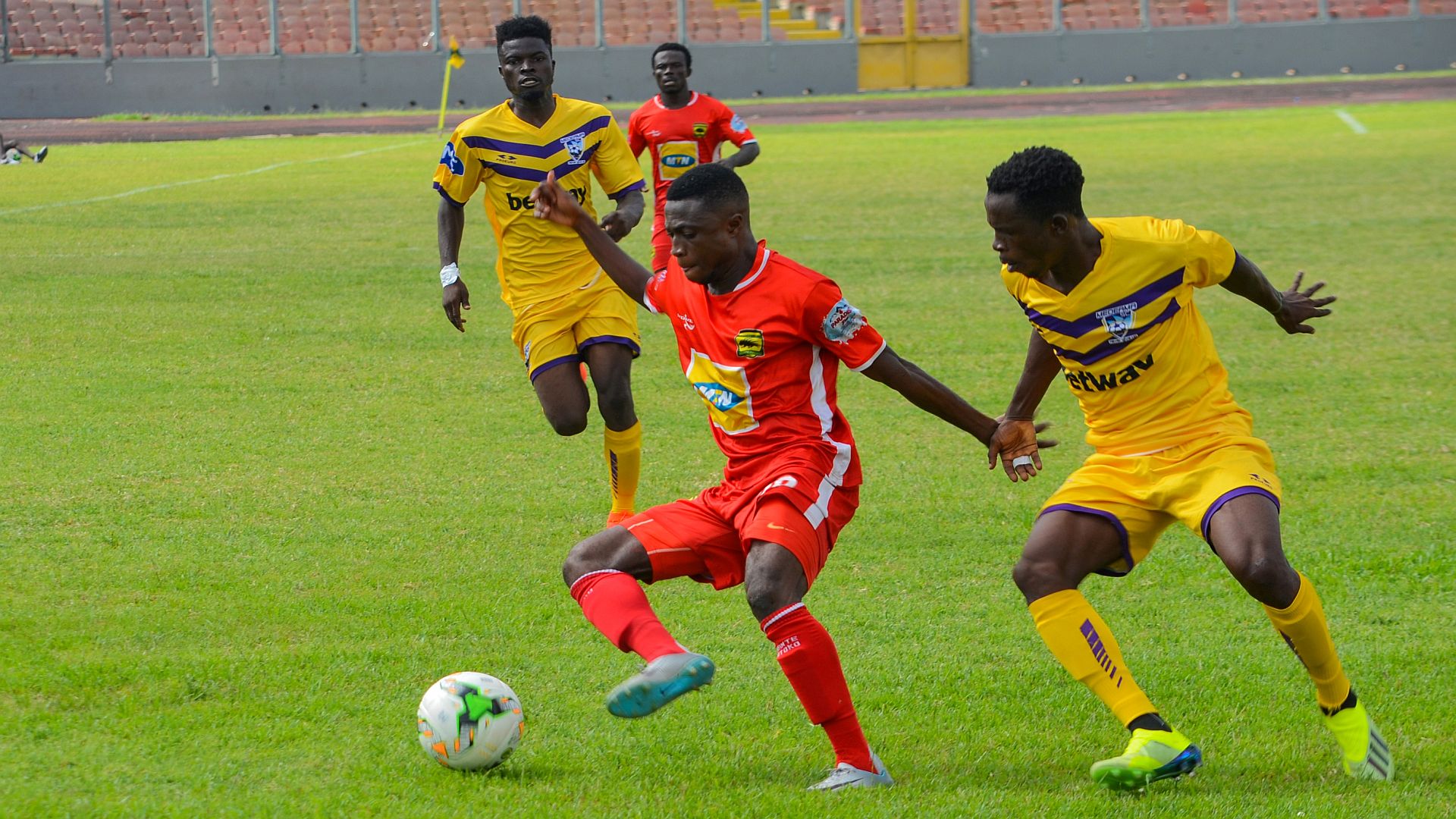 Medeama have been dealt a heavy blow in their Ghana Premier League title chase as they have been docked six points for fielding an unqualified player in a clash with Great Olympics.

Oly, who filed a protest against Nana Kofi Babil, have been declared winners of the fixture which originally ended 1-0 in favour of the Yellow and Mauves and awarded three points and three goals.

The Ghana Football Association (GFA) announced the ruling by its Disciplinary Committee on its official website on Monday.

Oly's protest claimed Babil was ineligible for the matchday 12 away fixture, having accumulated three yellow cards in matches prior.

"That for fielding an unqualified player in the said match, Medeama SC shall be considered as having lost the match and accordingly, three (3) points and three (3) goals is hereby awarded in favour of Accra Great Olympics FC pursuant to Article 33(1)(e) and 33(2) of the Premier League Regulations.

"That Medeama SC shall further lose three (3) points from its accumulated points from previous matches in accordance with Article 33(5)(a) of the Premier League Regulations.

"That Medeama SC is hereby fined an amount of Five Thousand Ghana Cedis  (GHc5,000.00), 50% of which shall be paid to Accra Great Olympics in accordance with Article 33(5)(b) of the Premier League Regulations.

"That in accordance with Article 33(5)(c) of the Premier League Regulations, Medeama SC is hereby fined an amount of One Thousand Ghana Cedis (GHc1,000.00) as transportation expense of Accra Great Olympics FC.

"That should any party be dissatisfied with or aggrieved by this Decision, the party has within one (1) day of being notified of this Ruling to appeal to the Appeals Committee of the Ghana Football Association {See Article 35(10) of the Premier League Regulations of the GFA)."

Two points ahead atop the league table before the ruling, Medeama have now fallen down to seventh on the log while Oly move up from 12th to 10th.

Aduana Stars now lead the table of the competition which has ground to a halt as a safety measure in the fight against the coronavirus pandemic.