The Gunners are in the market for more firepower during the summer transfer window, with several stars having moves to north London mooted

With Pierre-Emerick Aubameyang departing Arsenal in January and Alexandre Lacazette leaving as a free agent at the end of the 2021-22 campaign, the Gunners find themselves in the market for another frontman during the summer transfer window.

Gabriel Jesus appears to be the man Mikel Arteta is targeting to lead the line next season, with Arsenal pushing hard to bring in the Manchester City star.

Former Gunners forward Alan Smith thinks Jesus would be a good signing for his old team, however there are a few other options he feels the club could also consider.

Will Arsenal spend big on a striker this summer?

That question was put by GOAL to Smith, who scored 115 goals for the club across eight seasons in north London.

Speaking in association with Bookies Bonuses, he said: “It’s difficult to get the right fit cheaply. Even if you’re not buying a ready-made answer, you are still looking at £30-odd million.

“Arsenal have just signed the teenager from Sao Paulo, Marquinhos, but he’s obviously one for the future and it would be too much to expect him to go into the team straight away. You hope they can re-sign Eddie Nketiah.

"[Folarin] Balogun is another one that Mikel Arteta will have been watching closely – how he did at Middlesbrough and doing well for the U21s this summer. He’s a talented boy, but at the same time you want that bit of experience as well.

“In an ideal world you would want someone with Premier League experience. Jesus has been mentioned and the lads there – Calvert-Lewin and the likes. It’s the No 1 priority, I think, for Mikel Arteta this summer.” 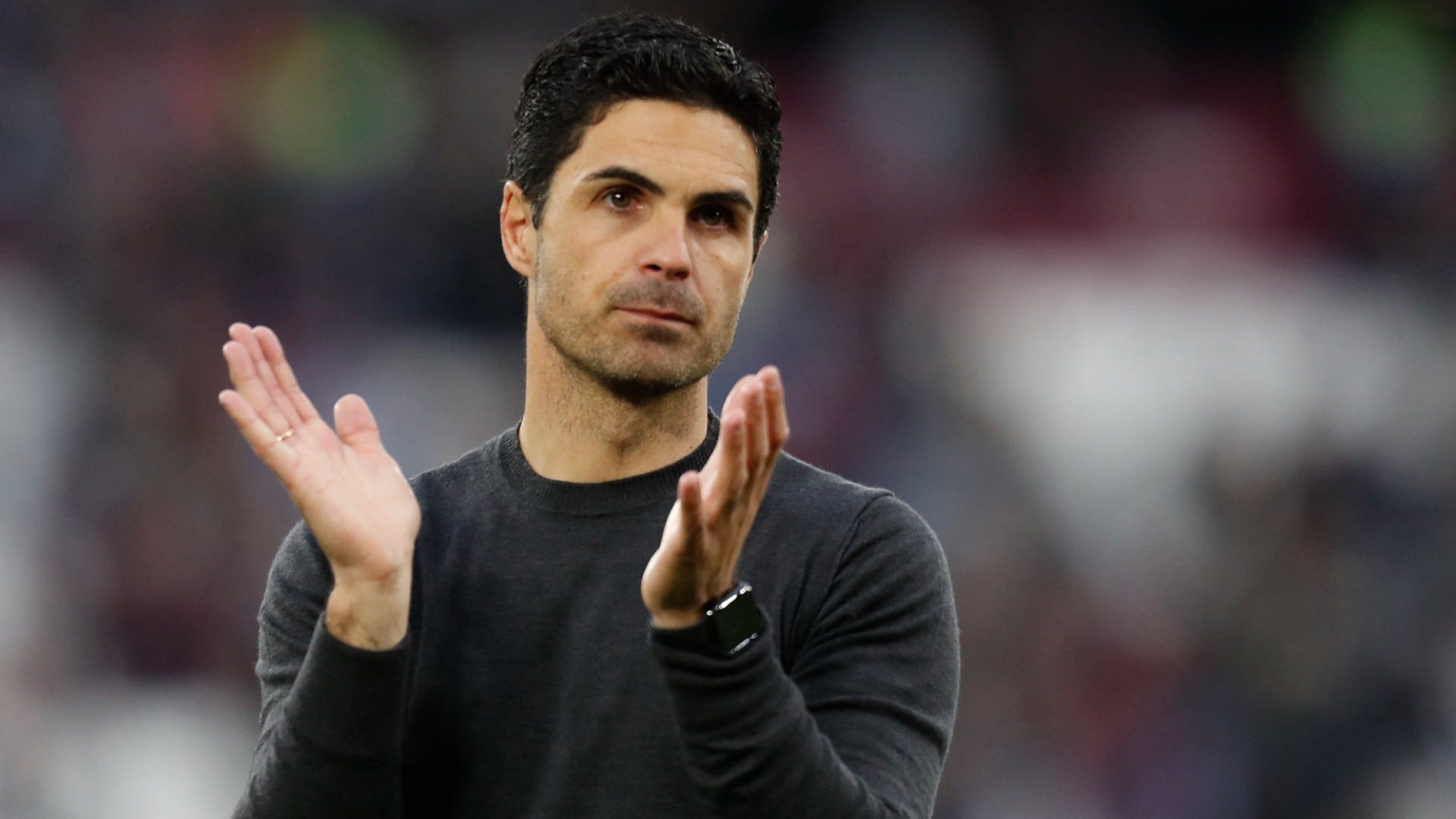 Will Premier League experience be key for Arsenal?

As alluded to by Smith, the Gunners are being linked with a number of players who know what the English top-flight is all about – from Manchester City star Jesus to Everton frontman Calvert-Lewin via former Chelsea ace Tammy Abraham, who continues to catch the eye at Roma.

“Sometimes it might take six months or more for the player – certainly those coming into the country – to acclimatise. You shouldn’t rule that out, it just depends on where you can do a deal and who you can attract.

“You could argue that getting someone like Calvert-Lewin, he knows the division and maybe fits the profile of that focal point of a centre-forward.

"Maybe Arteta would be looking for that with the creativity and movement around him from [Martin] Odegaard, [Bukayo] Saka, [Emile] Smith Rowe, [Gabriel] Martinelli. Then again, Calvert-Lewin has picked up a lot of injuries and they would look closely at that if they were thinking of going in for him.

“I think the profile is of a young player. I talk about experience, but not somebody that is 28 or 29, I think Arteta would shy away from that at the moment.”

Do Arsenal need a physical ‘Plan B’ like Abraham?

Smith said when quizzed on the type of striker that Arsenal need to be bringing in, possibly alongside Brazil international Jesus, who remains more of a mobile poacher than a powerful focal point: “I think that’s why Arteta would ideally want to have somebody like that at his disposal.

“We have talked about Plan Bs with Arsenal for a long, long time going back to under Arsene Wenger, but to be able to mix it up in that fashion would certainly add to the team’s threat. It’s going to be fascinating to see what Arteta does do and who he can get hold of this summer.”

Pressed on whether England star Abraham may be the most difficult target to acquire after 27 goals across all competitions for Roma in 2021-22, Smith added: “He was unfortunate at Chelsea, how he didn’t get the game time and dropped out of the reckoning, but he has proved his ability at Roma and he is young, he’s going to get better.

“Prising him out of Italy might be difficult but that sort of player, Arteta loves players that he can work with on the training ground and can improve and instil into them his principles, maybe not the finished article. Somebody like Abraham would be a good fit.” 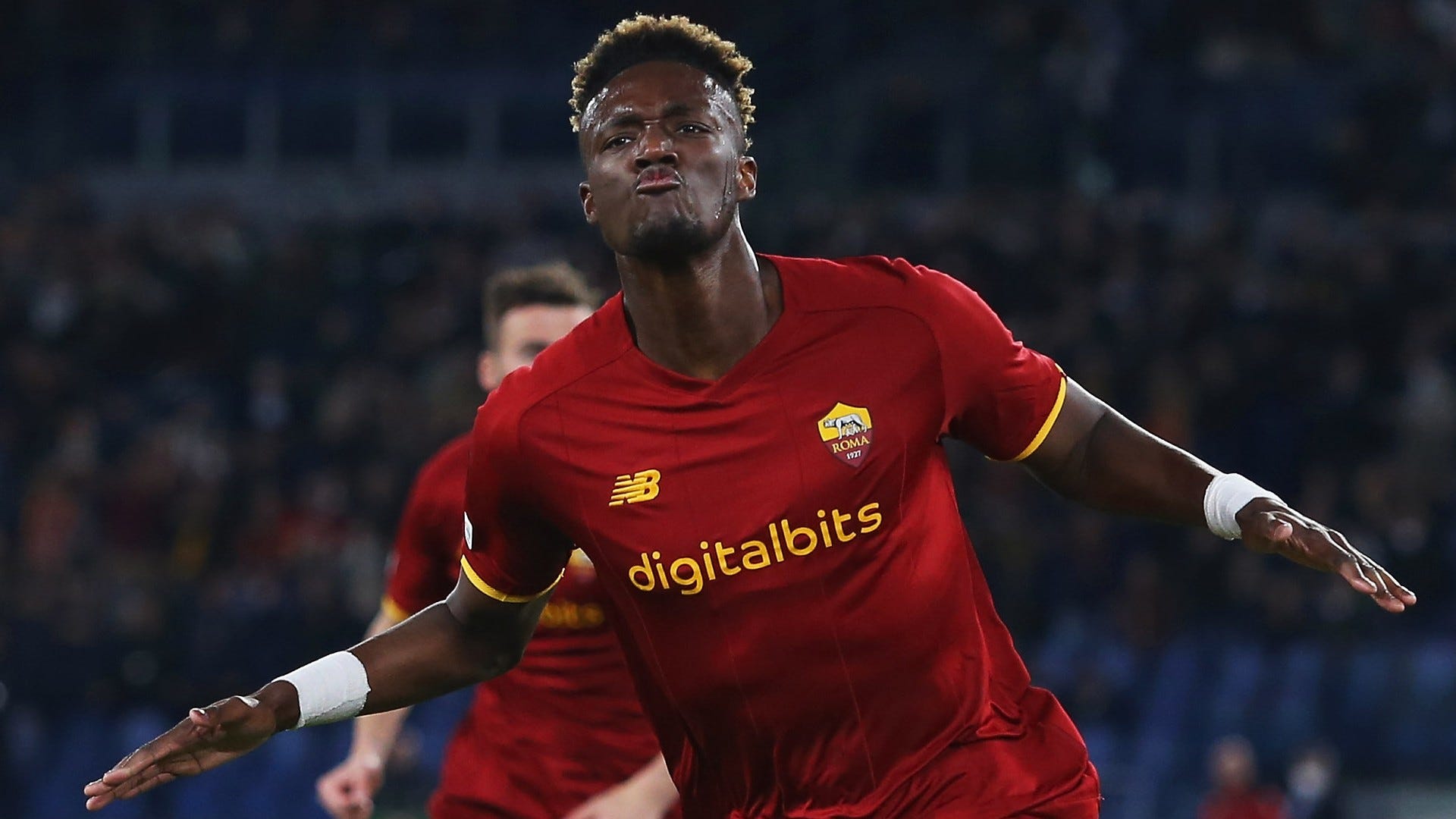 Who are Arsenal’s top striker targets?

Calvert-Lewin and Abraham are two strikers who feature highly on Arsenal’s list of potential targets this summer.

The Gunners are currently prioritising a move for Manchester City’s Gabriel Jesus, but they will have to look elsewhere if they are unable to land the Brazilian.

That’s when they could turn to either Calvert Lewin or Abraham. Both are players they have tracked for a long time and Arsenal did make enquiries over Abraham last summer before he made his move to Roma.

The former Chelsea man has had a fine debut season in Italy and does feel like a slightly better fit for this current Arsenal side than Calvert-Lewin, but prising him away from Roma would be very difficult and costly, with Calvert Lewin potentially the easier deal to do.

Arsenal don’t really have a physical striker in their squad who could lead the line and both Abraham and Calvert-Lewin have shown they can do that role with great success.

Abraham’s extra mobility and quality on the ball does make him the more appealing of the two, but for now Arsenal’s sights are set on landing Jesus.