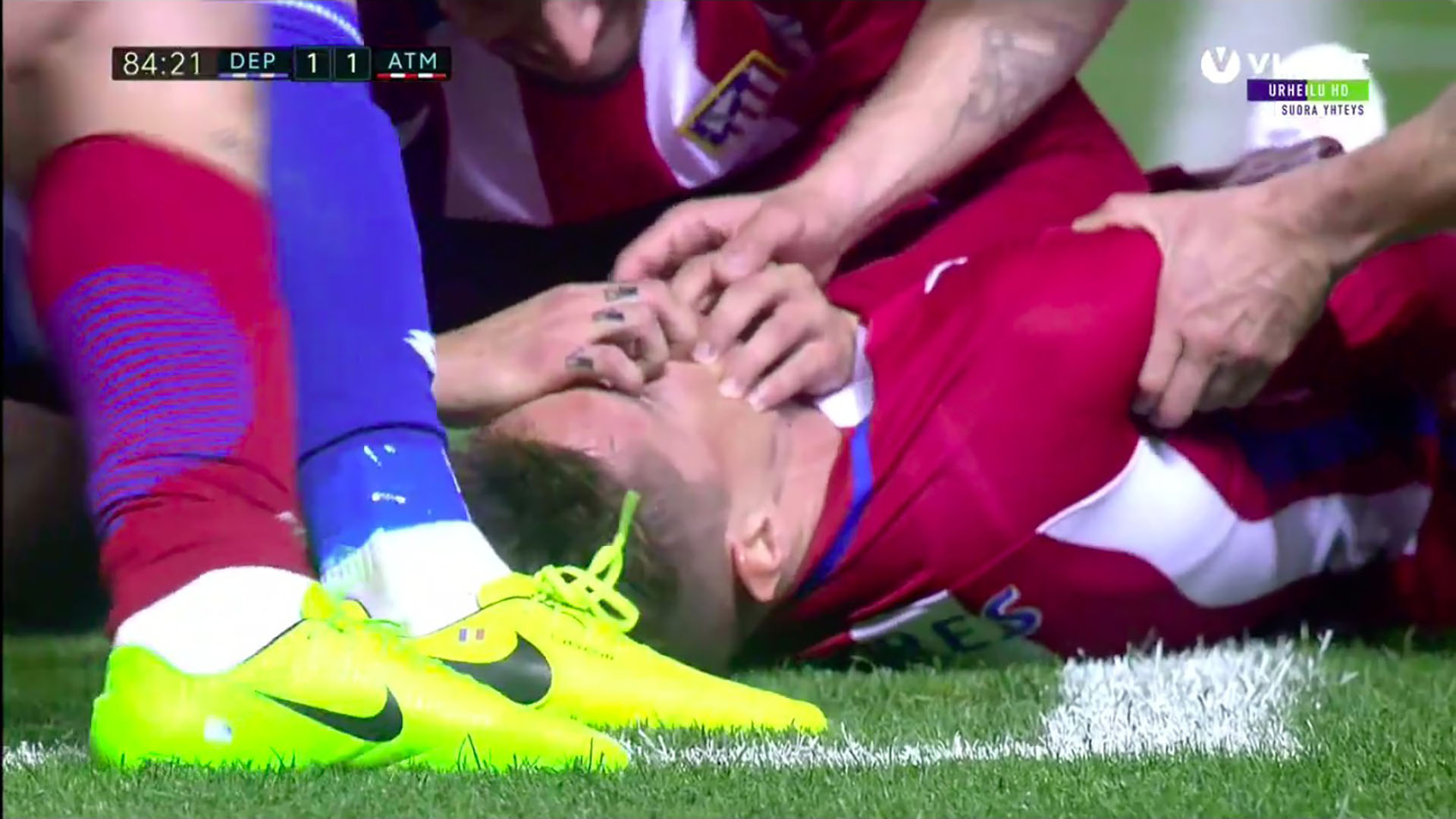 The doctor treating Fernando Torres' head injury has praised the quick reactions of his Atletico Madrid team-mates, claiming Gabi was bitten by the striker as he tried to prevent him from swallowing his tongue.

The 32-year-old was at the centre of a frightening scene at the end of his side's 1-1 draw with Deportivo when he was knocked unconscious following a collision with an opposition defender.

Torres went limp in the air and subsequently landed face-first on the turf, with his head taking much of the blow in a sickening landing that saw him smash into the ground with considerable force.

Players from both sides, including colleagues Gabi and Sime Vrsaljko, rushed to the striker's aid before he was eventually stretchered off the pitch and taken to a nearby hospital, with the immediate reaction being described as "perfect" by Torres' doctor.

"Gabi even took a bite from Fernando when opening his mouth," Dr Carlos Larino said. "What he and Vrsaljko did was perfect."

Radio Marca later reported that they had been told by Torres's agent, Antonio Sanz, that the 32-year-old was conscious and talking while being taken to hospital in an ambulance.