After pulling off a memorable victory away to Atletico Madrid in October, Antonio Conte's perfectly balanced Chelsea side, led by a powerful and creative midfield, seemed to have their big game plan set in stone for the rest of the season.

However, the three man midfield of N'Golo Kante, Tiemoue Bakayoko and Cesc Fabregas was never again used to the same effect. Kante got injured and Bakayoko was then left completely bereft of confidence after a string of bad performances.

Fast forward to 2018 and Chelsea have only won only three Premier League games in the calendar year, as Fabregas is now being asked to play in an uncomfortable defensive midfield role.

Chelsea were crying out for a powerful, quick midfielder who can cover ground for Conte and with a £40 million price tag from Monaco, Bakayoko should have been ready to play. However, after leaving behind Fabinho and a culture he is comfortable in, switching to a new formation has proved to be too much for the 23-year-old.

The Premier League is tough and he hasn't looked up to the pace with his speed of thought. And while he tries to show his commitment to the cause, that effort has seen him commit too many fouls.

Conte has tried to rebuild Bakayoko's confidence but a sending off against Watford and a half-time substitution for a fear of a red card against Leicester City means that he won't likely show good form again this season.

Chelsea's expenditure on midfielders in the summer also included Danny Drinkwater, who came in for £35m from Leicester City. But the former title-winner arrived having just recovered from a thigh problem. He then suffered an injury to his calf which delayed his debut until late October.

He has played fewer minutes than any other midfielder in the squad as his injuries and Chelsea's switch back to a two man midfield in January have led to a lack of opportunities.

Chelsea also signed Ross Barkley for £18m in January. He arrived having had his hamstring operated on in the summer which led to nine months out from football. Since his return, he has had lots of smaller injuries which has scuppered his integration into the team.

Meanwhile, as Chelsea's midfielders look unreliable, Nemanja Matic has proved worth Manchester United's £40m outlay to get him to leave Stamford Bridge and he has proved himself to be Mr Dependable with 40 starts in red this season. 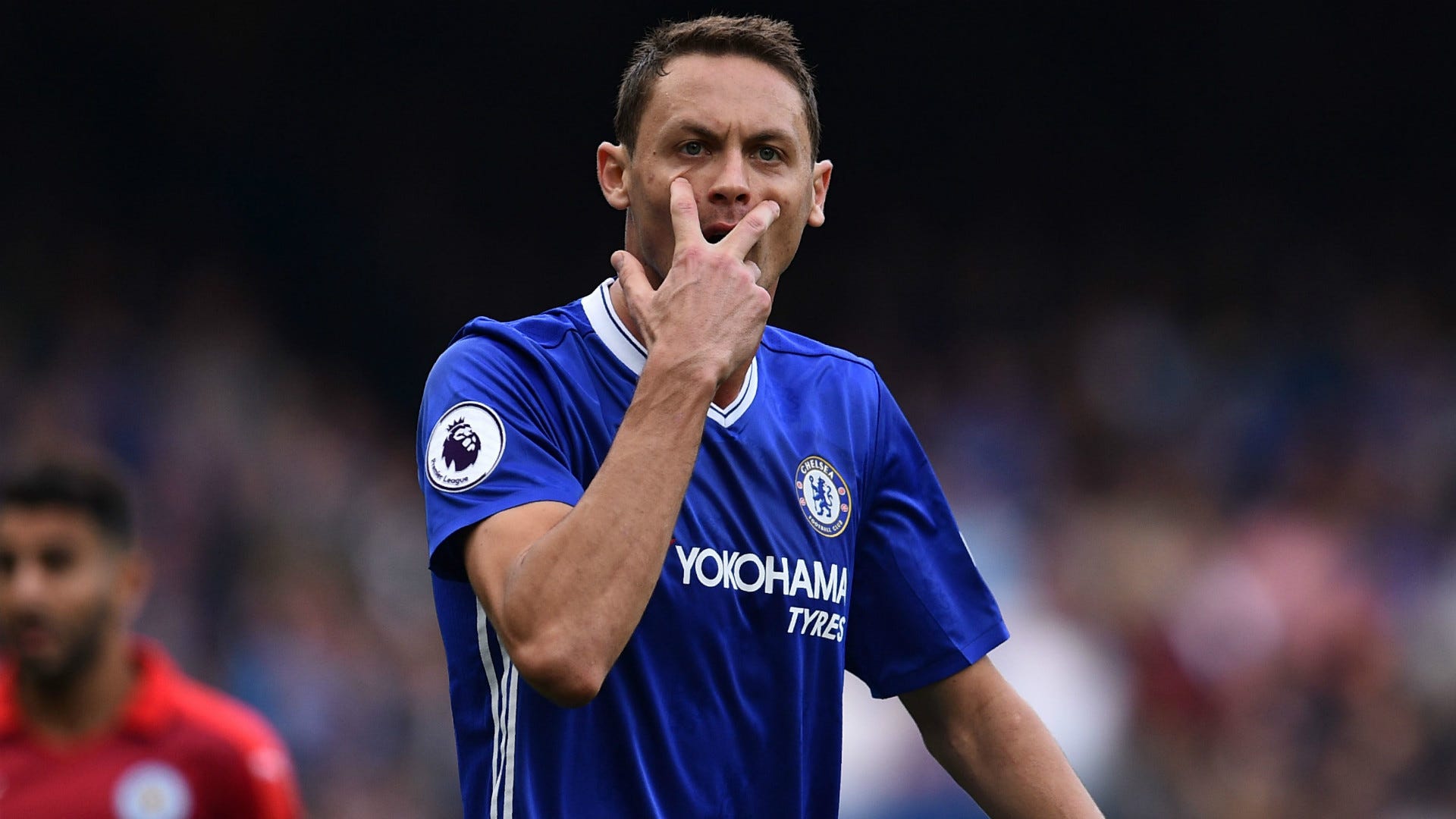 Matic had forged a great partnership in a two-man midfield with Kante in last season's title win. Fabregas was seen as lacking either the physicality or discipline to play in that role, particularly in the bigger games, but Conte has been forced to use him this season with his new signings failing to make the required impact.

The Serbia international started 30 league games last season and he was picked ahead of Fabregas for the FA Cup final. His 87.72 per cent passing accuracy in the Premier League was superior to what any of Bakayoko, Fabregas or Drinkwater have been able to deliver in his absence this year.

Chelsea's midfield, including Kante, has a combined seven assists so far this season which is the same number that Matic managed alone last season. Fabregas, as the first-choice midfielder to play alongside Kante, is being asked to perform a version of Matic's role from last season.

The legendary midfielder has made huge sacrifices to his own creative game to provide Conte with the balance that his team needs, but he has managed half as many interceptions per 90 minutes this season as Matic managed last year.

A tenacious Fabregas is not as good as a creative one, but he is providing Conte with the balance he needs in the aim that it will bring the best out of others in the team. He showed against Barcelona that he can do a job in that role, while alongside Kante. 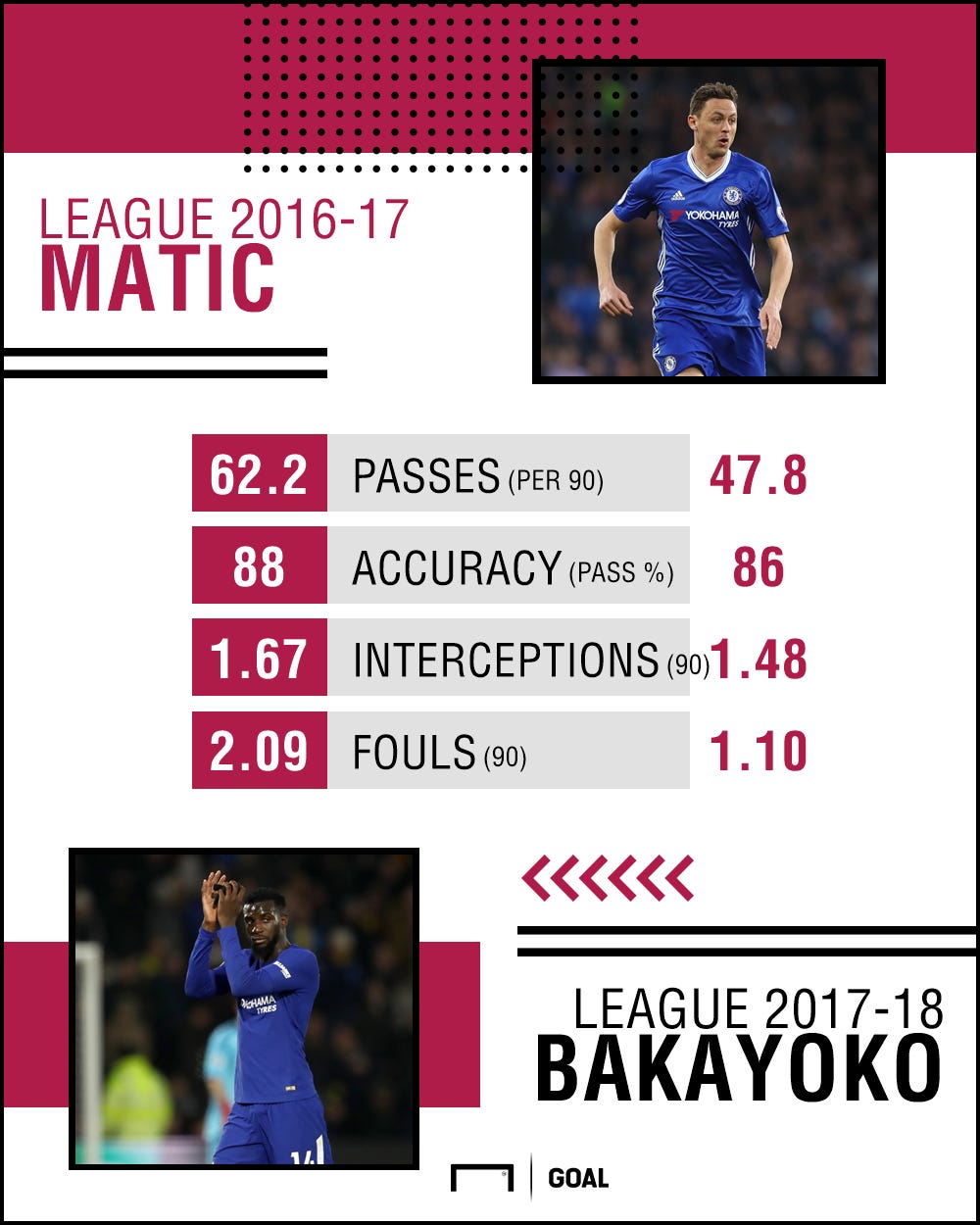 However, a few days later he was without Kante and Drinkwater lined up alongside him against a rampant Manchester City attack. The duo were completely blown away in midfield and it will go down as the most one-sided of 1-0 defeats in Chelsea's Roman Abramovich era.

Chelsea have lost three, drawn one and won three without Kante in their side this season. The statistics don't tell the full story as they were embarrassed in all three defeats, while they should have lost in the 3-3 draw against Roma with Kante injured. Watford should have beaten them, but missed chances and collapsed in a 4-2 win in October, as Conte acknowledged that Kante is essential for the team's balance.

Kante is Chelsea's most important player and he should win the club's internal honours for Player of the Season, but aside from him, the Chelsea midfield has completely undermined Conte's tactical plans this season.

Conte may leave Chelsea this summer, but the balance of the midfield is a huge issue for next season. The English midfielders need to integrate properly into the squad and Bakayoko needs to keep his head up amid immense criticism.

You can't achieve anything without a balanced midfield, which is one of the main factors why Chelsea's season has been so dire in 2017-18.