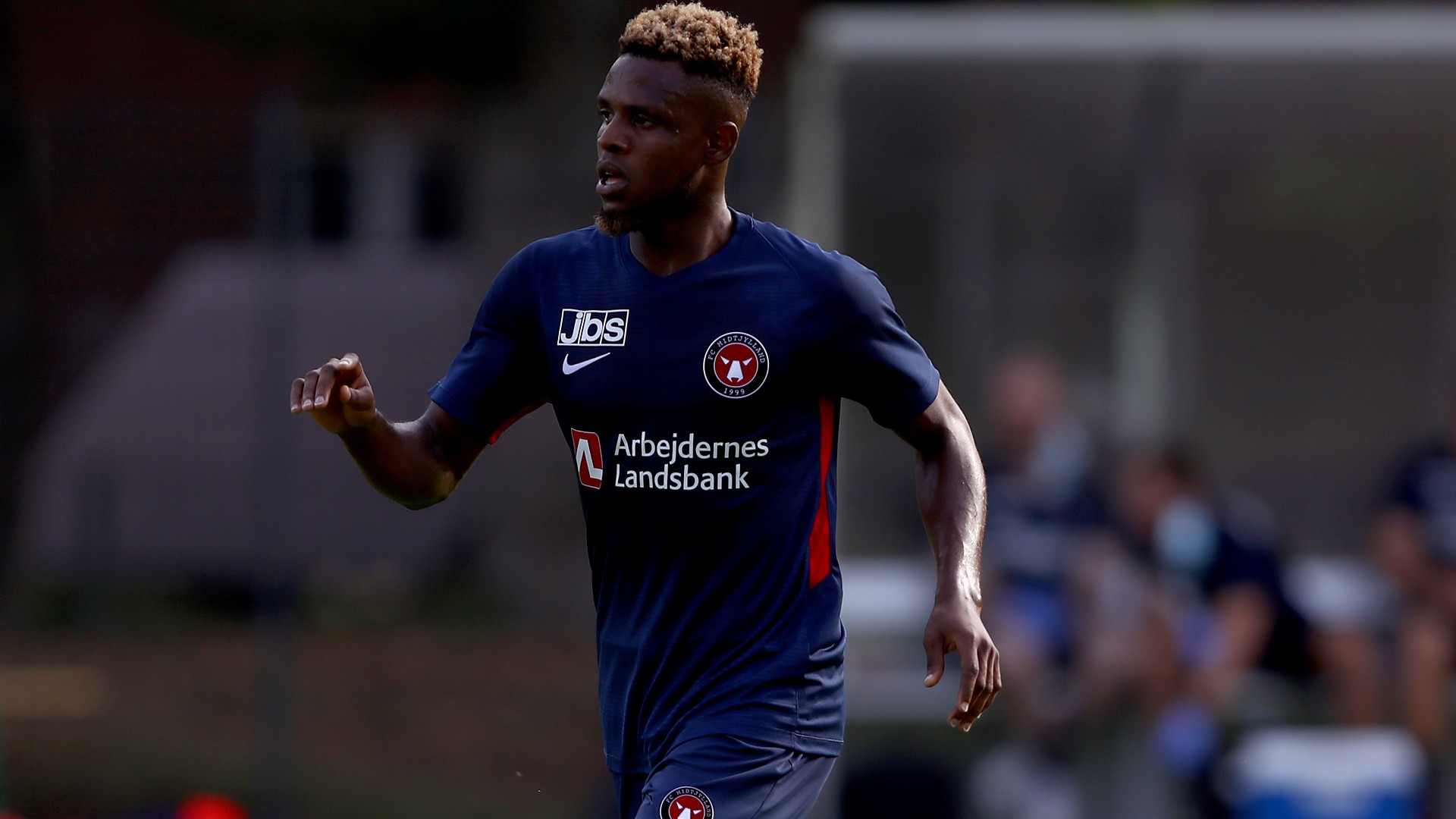 Brentford have confirmed the signing of Nigeria international Frank Onyeka from Danish side FC Midtjylland.

The promoted side has announced the arrival of the Super Eagle on a five-year contract, and he becomes the first signing for the club ahead of the new season.

“Brentford have completed the signing of Nigeria international midfield player Frank Onyeka, subject to an international clearance,” Brentford said in a statement on their official website.

“A work permit for the 23-year-old was received at the weekend and he has completed a medical. Frank will join from FC Midtjylland, where Brentford owner Matthew Benham has the majority shareholding, for an undisclosed fee and has signed a five-year contract.

“He arrived in the UK yesterday [Monday], July 19, and will now undergo a period of quarantine before joining with the squad for training.”

The statement continued: “Frank has spent his entire professional career with FCM, as they are known, and has been a regular for them in the Danish Superliga for most of the past four seasons. He arrived in Denmark as an 18-year-old from FC Ebedei, a Nigerian club with links to FCM. He progressed to the first team and made his breakthrough in the 2017-18 season.

“Frank was part of the FCM side that won the Superliga in 2017-18, playing 15 games. He helped them win the title again in 2019/20 and the Danish Cup in 2019. Frank played in the Uefa Champions League and Uefa Europa League for FCM, and leaves Denmark having made 123 appearances and scored 17 goals.”

Brentford coach Thomas Frank has termed the acquisition of the player as a strong one for his squad.

“Frank plays as an eight in our system, he is very good at getting from box to box and will be valuable to us when we don’t have the ball. He has come from the Danish league and was one of the best midfield players in that league; we think he has the potential to develop further.

“All the coaches here are looking forward to working with Frank and pushing him to a higher level.”

On his part, Brentford Co-Director Rasmus Ankersen said: “Frank [Onyeka] is a player we, for obvious reasons, know very well. Over the last two years he has grown to become the dominant midfielder in the Danish league and his performances in the Champions League last season convinced us that he is ready for the Premier League.

“With his pace, power, and ability to win the ball, I am sure Frank will be a great addition to the Brentford squad.”

Onyeka received his first call up to play for Nigeria last season and was selected in the friendly against Algeria where he made his debut.

Brentford will face Arsenal in their league opener on August 13.