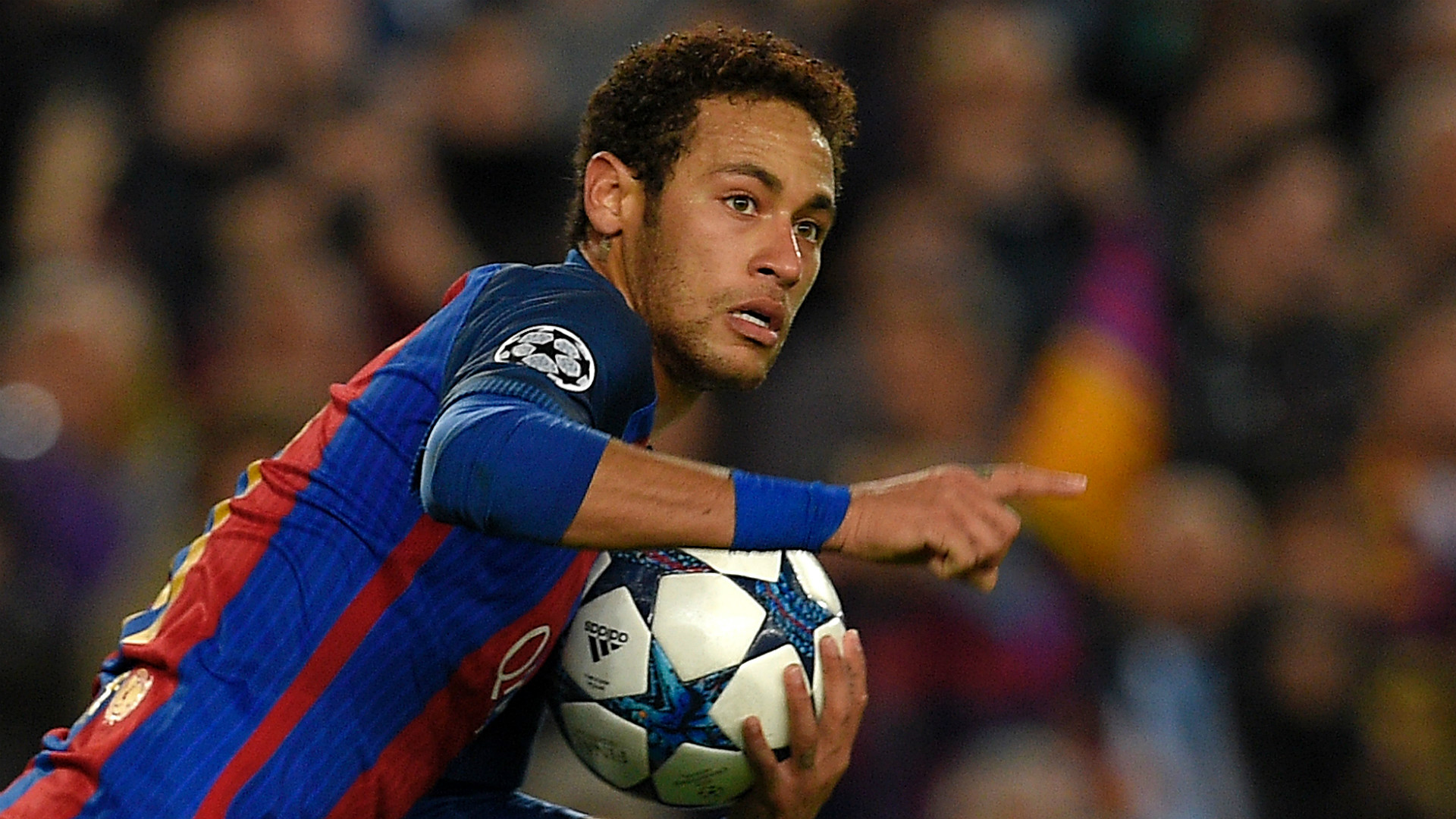 Stats do not tell the whole story. When Neymar netted 39 times for Barcelona in his second season, it looked like he would go on to match the numbers notched by his team-mates Lionel Messi and Luis Suarez in front of goal. Perhaps surprisingly, that has not happened - but it does not really matter much.

This term, he has a somewhat modest total of 14 from his 35 games - easily his poorest return since that first season at Camp Nou. However, it should not matter - because there is much more to football than goals and this is comfortably Neymar's finest campaign at the Catalan club.

Indeed, when Barcelona thrashed Paris Saint-Germain 6-1 last month in the Champions League to seal the greatest comeback in their history, it was Neymar - and not Messi - who was the biggest inspiration behind the win.

It was the Brazilian who won the penalty that Messi netted to give Barca a 3-0 lead, it was he who gave the Blaugrana hope with a fantastic free-kick to make it 4-1 with time running out, he who netted the spot-pick for the fifth and he who curled in a delightful ball for Sergi Roberto to complete the comeback.

It was Neymar's night and he had deserved it. More than any other Barca player, he had been instrumental in the remuntada and despite the relative lack of goals this season, that kind of performance was nothing new. He has been doing it all season.

Barca signed Neymar as an eventual heir to Messi and on Sunday against Granada, the Blaugrana will look to the on-form forward for inspiration as the Argentine attacker misses out through suspension.

And recent performances suggest he will be up to the task. Apart from goals, Neymar's numbers have improved in every way this season, with a greater amount of assists and successful dribbles, a far-superior defensive contribution and more key passes.

Neymar, who was badly missed in the 2-1 defeat away to Deportivo La Coruna after the PSG game when he was absent through injury, came close to scoring in the 4-2 win over Valencia prior to the international break.

However, he has had to wait for what will be his 100th goal for the Catalan club and both he and Barca will hope it arrives in Sunday's game away to Granada. If not, though, another assist or two will be just as useful.

The Brazilian has racked up 19 assists for the Catalan club in all competitions in 2016-17, which is more than any other player in Europe's top five leagues. Scoring is important, but creating is just as essential - and if Neymar can become more consistent in front of goal, the sky really is the limit.

Whatever happens on Sunday, Barca should be too strong for Granada anyway, but it is another opportunity for Neymar to show the Blaugrana that there is no need to be pessimistic about a future without Messi. Because he is the next in line - and his goal stats really do not matter that much if he can continue in this vein.