After a resistive display against Qatar despite a defeat, the Blue Tigers will be looking to pick points against Bangladesh...

India take on Bangladesh in their penultimate Group E match of the second round 2022 FIFA World Cup and 2023 AFC Asian Cup joint qualifiers. The fixture is set to kick-off at 7:30pm IST at the Jassim Bin Hamad Stadium in Doha, Qatar, on Monday.

Igor Stimac's men resumed their qualifying campaign against Qatar on Thursday which ended in a 1-0 loss wherein Rahul Bheke was sent off in the 17th minute, after which Abdel Aziz Hatem (33') broke the deadlock. But the Blue Tigers averted an onslaught for the rest of the evening, thanks to some committed defending.

What time does India vs Bangladesh start?

Where to watch or stream Bangladesh vs India in India 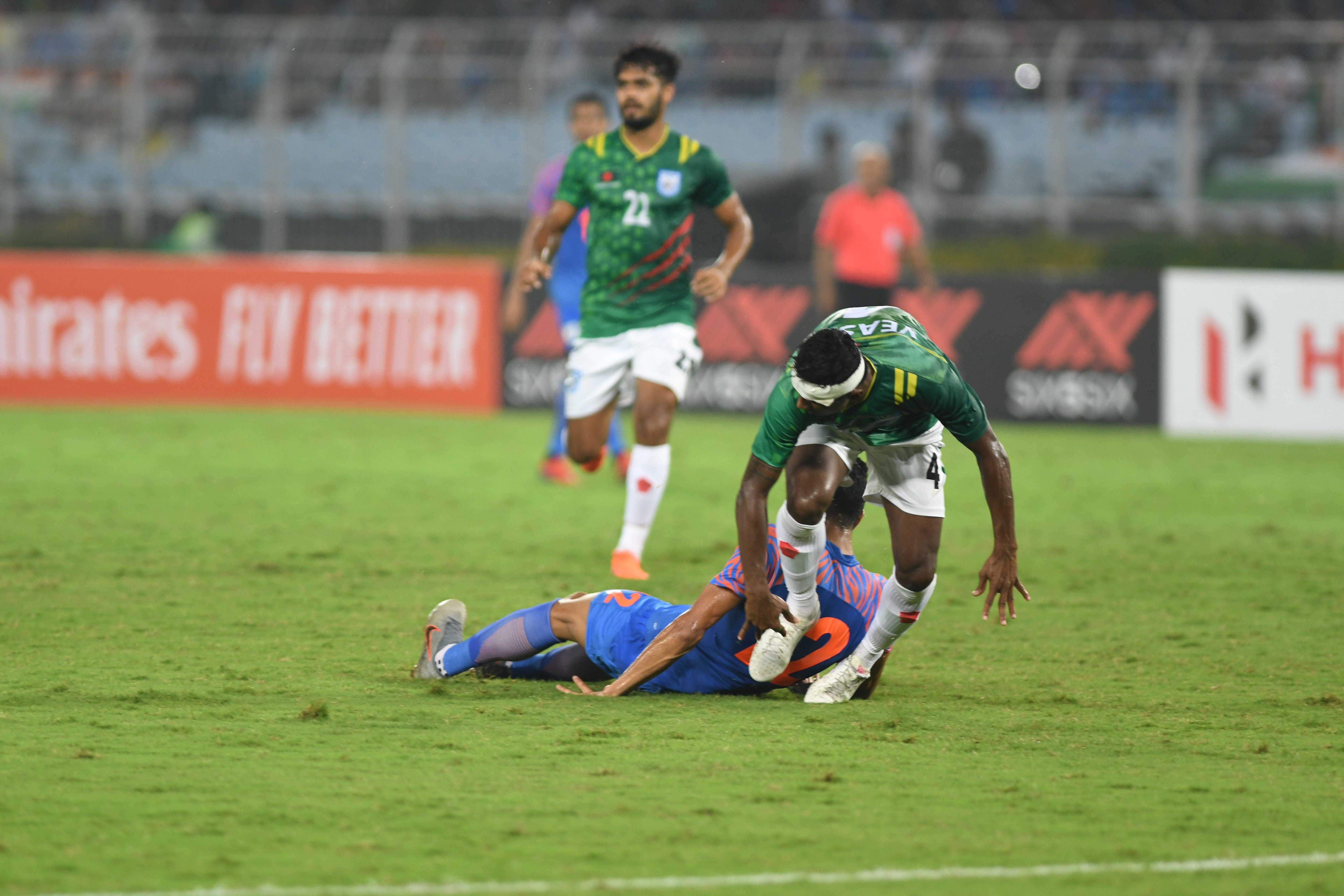 The Star Sports network will be broadcasting the match in India on TV.

Can India qualify for the 2022 FIFA World Cup?

India started their journey in the qualifiers with a narrow 2-1 defeat at the hands of Oman at home followed by a historic goalless draw against Asian champions Qatar in Doha. In their third and fourth matches, the Blue Tigers managed 1-1 draws against Bangladesh and Afghanistan respectively but again suffered a narrow 1-0 defeat against Oman away from home in their fifth match.

Following Thursday's 1-0 defeat to Qatar at the Jassim Bim Hamad Stadium in Doha, India are set to face Bangladesh and Afghanistan on June 7 and 15, respectively, at the same venue.

Currently fourth in Group E with three points after six games, India does not stand a chance of qualifying for the next round of the World Cup qualifiers but still have a lot to play for in the remaining two fixtures. If India can finish at least in the third position then they will qualify directly for the third round of the Asian Cup 2023 qualifiers.

Here's how India can finish in the third position

What happens if India finish fourth or fifth? 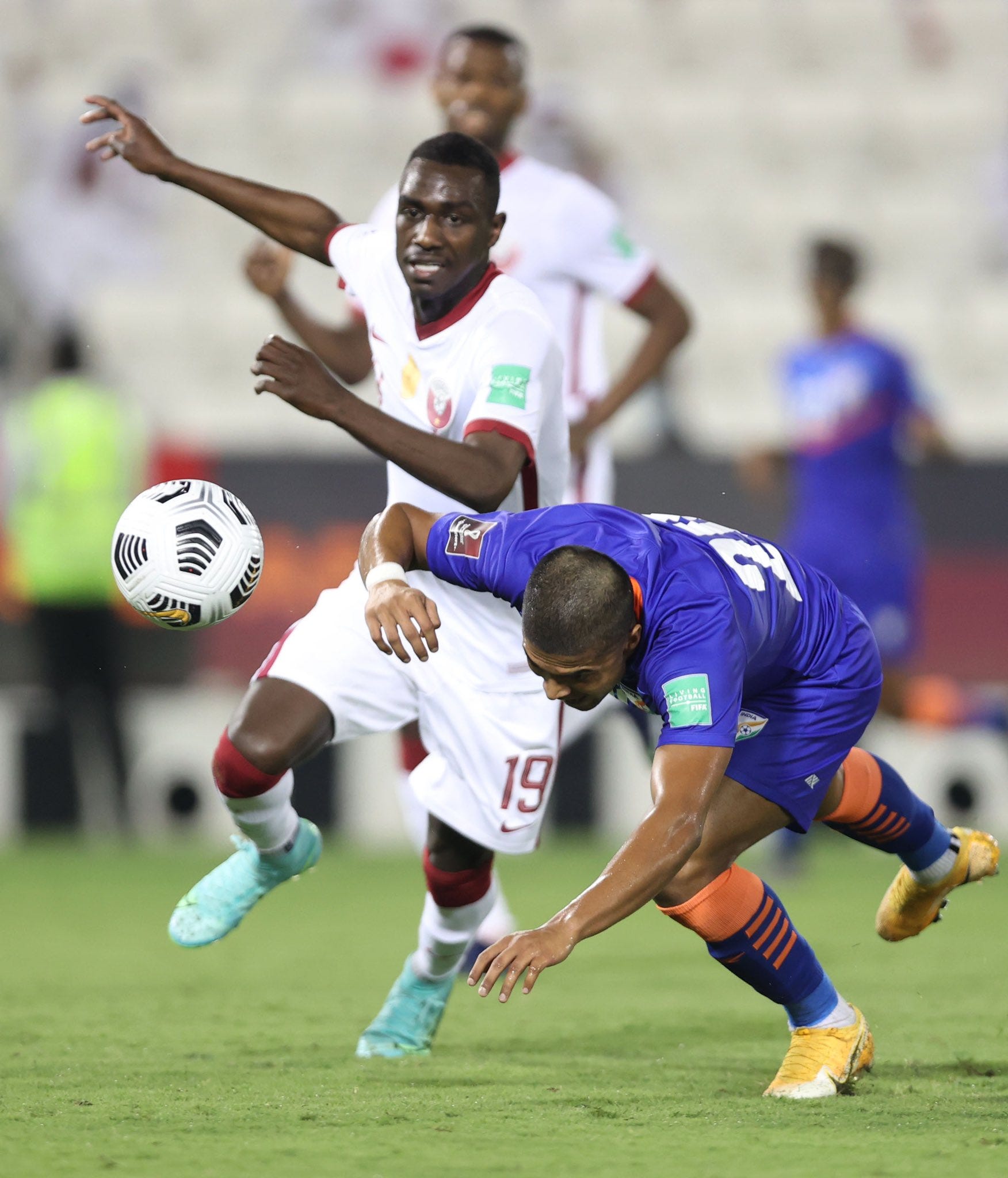 If India finish fifth in the table, then they will have to participate in the Asian Cup Qualifying play-off round.

Bangladesh's last game was a 1-1 draw against Afghanistan in the qualifiers on Thursday. It was just the second point for Jamie Day's side in the group after India held them to a 1-1 draw at the Salt Lake Stadium back in October 2019. 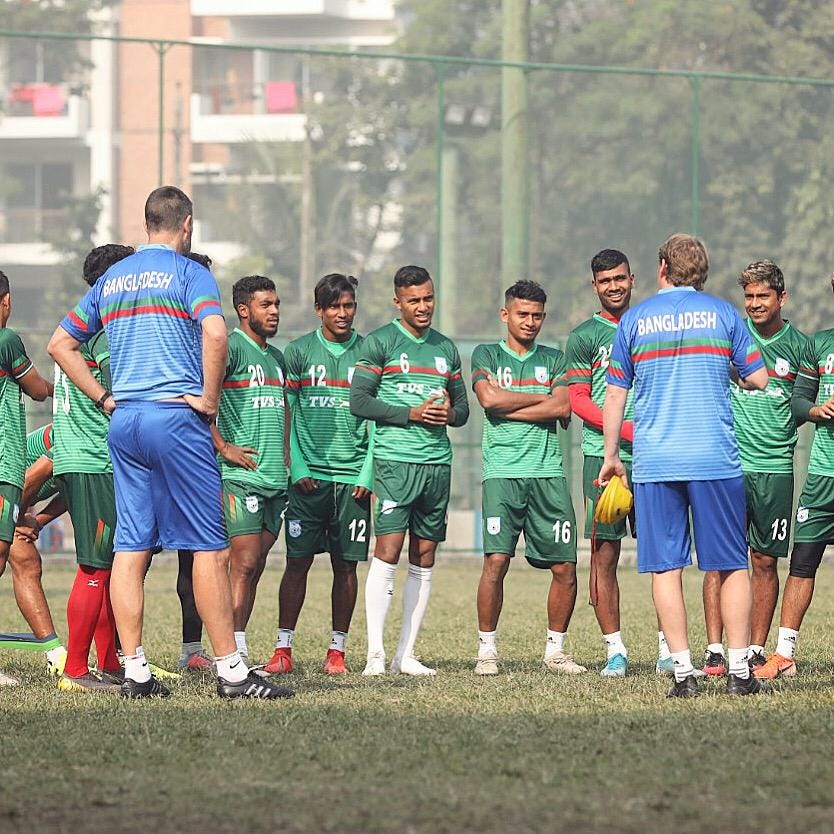 Currently at the bottom of the group, Bangladesh (Topu Barman 84') rallied back with a late strike to hold Afghanistan (Amiruddin Mohammad Anwar Sharifi 48') in Thursday's draw. Leaving aside the equaliser, Masuk Miah Zoni looked active on the left flank while goalkeeper Anisur Rahman had some work to do. There will be more expected from striker Rakib Hossain, though.

In the other Round 2 qualifying games, Bangladesh lost 1-0 at Afghanistan before losing 0-2 to in the first leg fixture against Qatar. The Bengal Tigers also have a remaining tie agaisnt Oman on June 15, with the previous meeting ending in a 4-1 loss.

Sunil Chhetri made his return to the national team fold. However, coach Igor Stimac replaced the skipper at half time in lieu of the remaining two games against Bangladesh and Afghanistan. Glan Martins made his international debut in the absence of injured Rowllin Borges while India had to make do without Anirudh Thapa against Qatar after the midfielder tested positive for Coronavirus on Thursday morning. 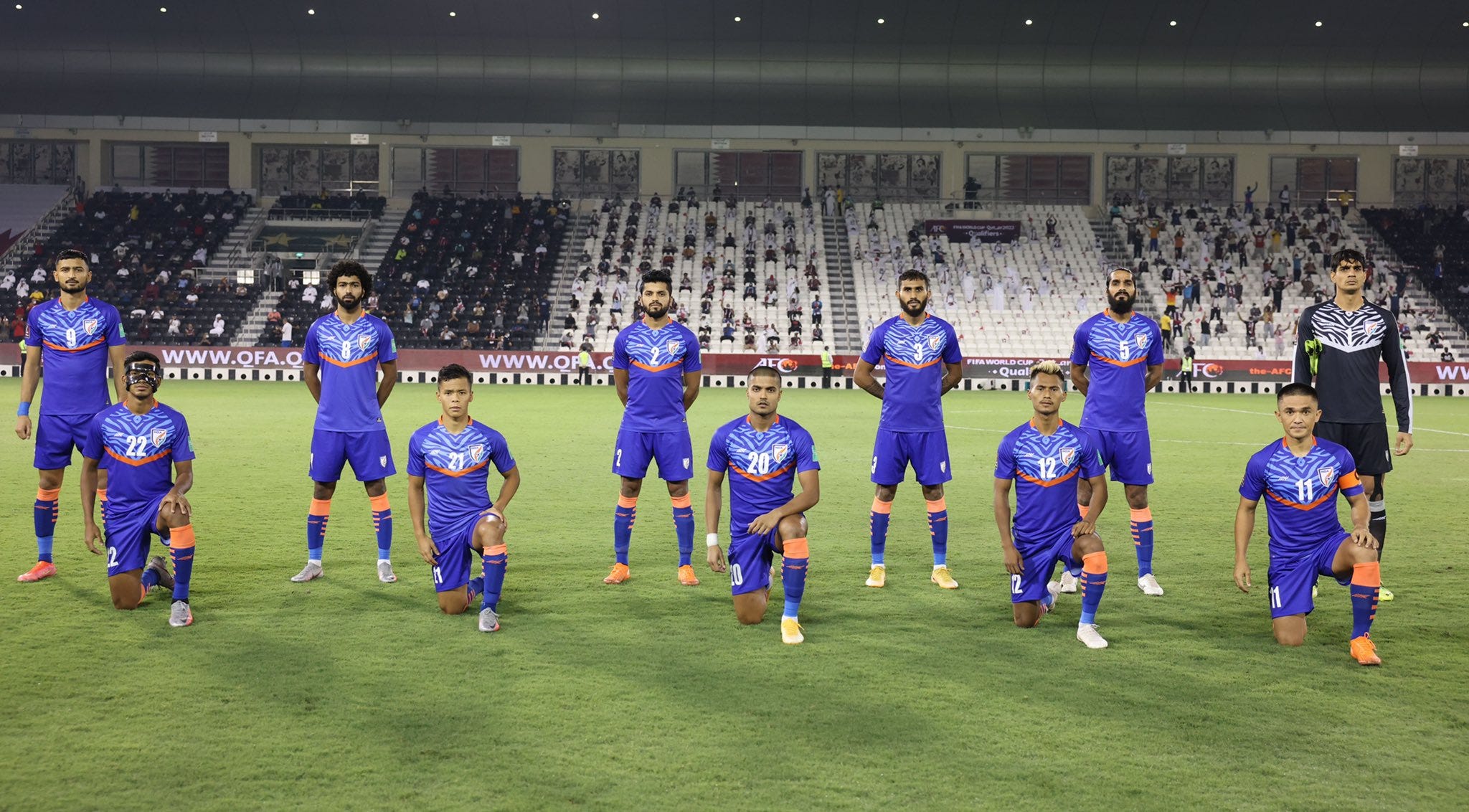 Forward Manvir Singh was at the end of two chances that could have been scored on a given day that could have upset or least produce another draw against Qatar. Post Bheke's sending off, the defensive trio of Sandesh Jhingan, Pritam Kotal and Subhasish Bose held fort quite impressively in front of custodian Gurpreet Singh Sandhu who was also instrumental in preventing a humiliation with a number of crucial saves.

India, earlier in March, played friendlies against against Oman and UAE in Dubai that ended in a 1-1 draw and 6-0 defeat respectively.