Fabregas a footballing genius as Chelsea machine steamrolls towards title 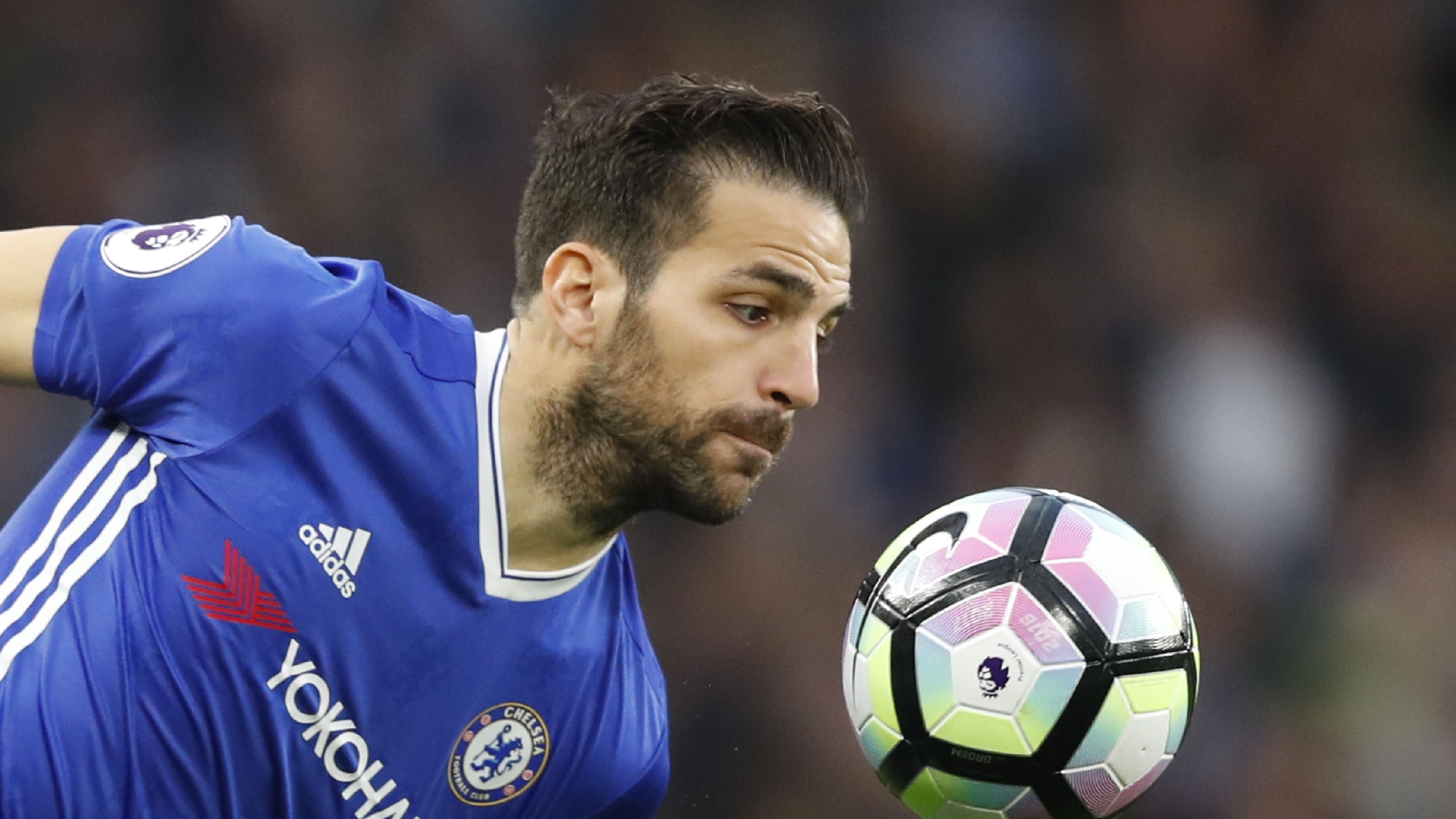 Cesc Fabregas was at his mesmerising best on Monday night, relegating Middlesbrough to the Championship with some sumptuous passing and edging Chelsea to just one win away from lifting the Premier League.

Manager Antonio Conte called on Fabregas as N'Golo Kante missed the 3-0 win with a thigh injury and he passed Boro off the pitch throughout the 90 minutes. Goals from Diego Costa, Marcos Alonso and Nemanja Matic flattered the visiting side who could have lost more heavily and never looked like scoring themselves.

Fabregas just recently turned 30 and he has been linked with a move away from Stamford Bridge to lesser clubs this season. However, he showed that talk of his demise has been greatly exaggerated and that he can be a potent weapon for Chelsea in the years to come.

Conte boasted Andrea Pirlo at Juventus and now he possesses Fabregas - a man who completed almost a pass a minute in the opposition half as his side bossed the first 45 minutes. Pirlo is regarded as a footballing genius and Fabregas - with all his honours and assists - deserves to be placed in a similar bracket to the Italian legend.

He broke a record against Steve Agnew's side, grabbing his tenth assist of the season in the league for Matic's second half strike (he was also harshly robbed of what should have been registered as an assist for Diego Costa’s opener). This was the sixth time in his career that he has reached 10 assists in a Premier League campaign. No player in history has managed this feat – even Manchester United icon Ryan Giggs.

Chelsea completely dominated at Stamford Bridge in front of a host of legends in the stands - all of whom were desperate to catch a glimpse of a glorious new future that is being built by Conte.

Andriy Shevchenko, Jimmy Floyd Hasselbaink and Carlo Ancelotti were all guests at the Bridge and they witnessed a team of champions destroy their sorry opponents - and in style too. Owner Roman Abramovich was also pictured rubbing his hands in glee as the clock hit the 90th minute.

All of Chelsea’s players were enjoying themselves. There were Gary Cahill long-range efforts, Marcos Alonso first-time volleys and winding runs from Victor Moses on the wing. Cesar Azpilicueta produced one of the assists of the season, while Eden Hazard and Moses had the crowd on their feet on 32 minutes with a sensational one-two.

In truth, Monday's match was an exhibition match as Chelsea illustrated the gulf in class between themselves and a side who will now play next season in the Championship.

Average position for Victor Moses is further forward than any other #CFC player. Azpilicueta playing incredibly high up. #CHEMID pic.twitter.com/yqQ4k3r9dj

Chelsea can get ready to party as a win at West Brom on Friday will see them clinch the Premier League title with two games to spare. It is now more than safe for them to place their order of balloons, confetti and champagne.

And Fabregas is a symbol of a harmonious side at the peak of their powers. He doesn't start every week but whenever he plays he is truly inspired – adding some much-needed flair to a physical and powerful midfield. His contribution to Chelsea’s inevitable title success has been vital.