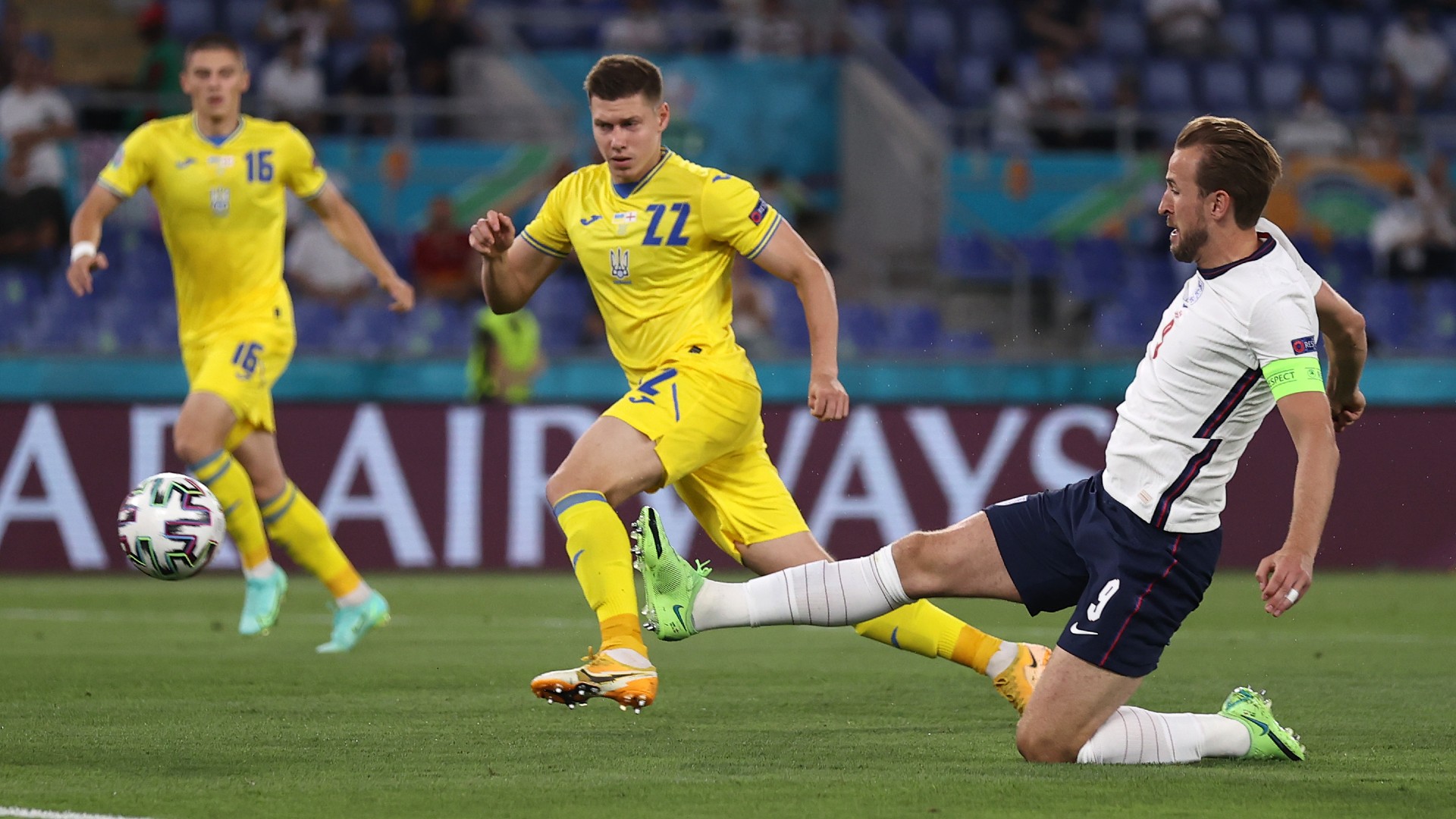 Andriy Shevchenko’s men paid dearly for conceding a second goal against the Three Lions, according to the African football great

Ukraine’s exit from Euro 2020 was imminent after they conceded a second goal in their 4-0 defeat to England, according to former Nigeria international Joseph Yobo.

Courtesy of Harry Kane’s fourth-minute strike, the Three Lions took a slim 1-0 lead into the half-time break of the quarter-final showdown.

They doubled their advantage in the 46th minute after Harry Maguire rose above his markers to head Luke Shaw’s free-kick past goalkeeper Georgi Bushchan.

Speaking after the game, the former Olympique Marseille and Everton centre-back expressed his disenchantment at the dodgy defending put up by Andriy Shevchenko’s men.

Furthermore, he claimed the second goal Ukraine conceded confirmed their place out of the European competition.

“The second goal is the one I am disappointed at - because in football, goals change the game,” Yobo said on SuperSport.

“As a defender, I was taught to stay in the game at all times. Mistakes can be made but then, that second goal at that crucial time [changed everything].

“They are professionals, they fought so hard to get to this level, so there was no need to be complacent or relax.

“They were meant to come into the game to even put more pressure on the England team and not to sit back, but we didn’t see that happen and they conceded the second goal just two minutes into the second half.

“That was very disappointing because for me at that point, I said game over because you can’t go two-nil against a better side like England and expect a comeback from a team the Ukrainians had today. They didn’t really come to the party.

“We didn’t see much from them and most importantly, when it’s not happening, they are to defend.

“You have to clear your lines, head the ball, do what you have to do and be hoping for a break someway and somehow. But we didn’t see them defending or attacking, it was just England all over.”

Following this result, Southgate’s England will now take on Denmark in their semi-final clash at Wembley on Wednesday - with the winner squaring up against Italy or Spain in the final.