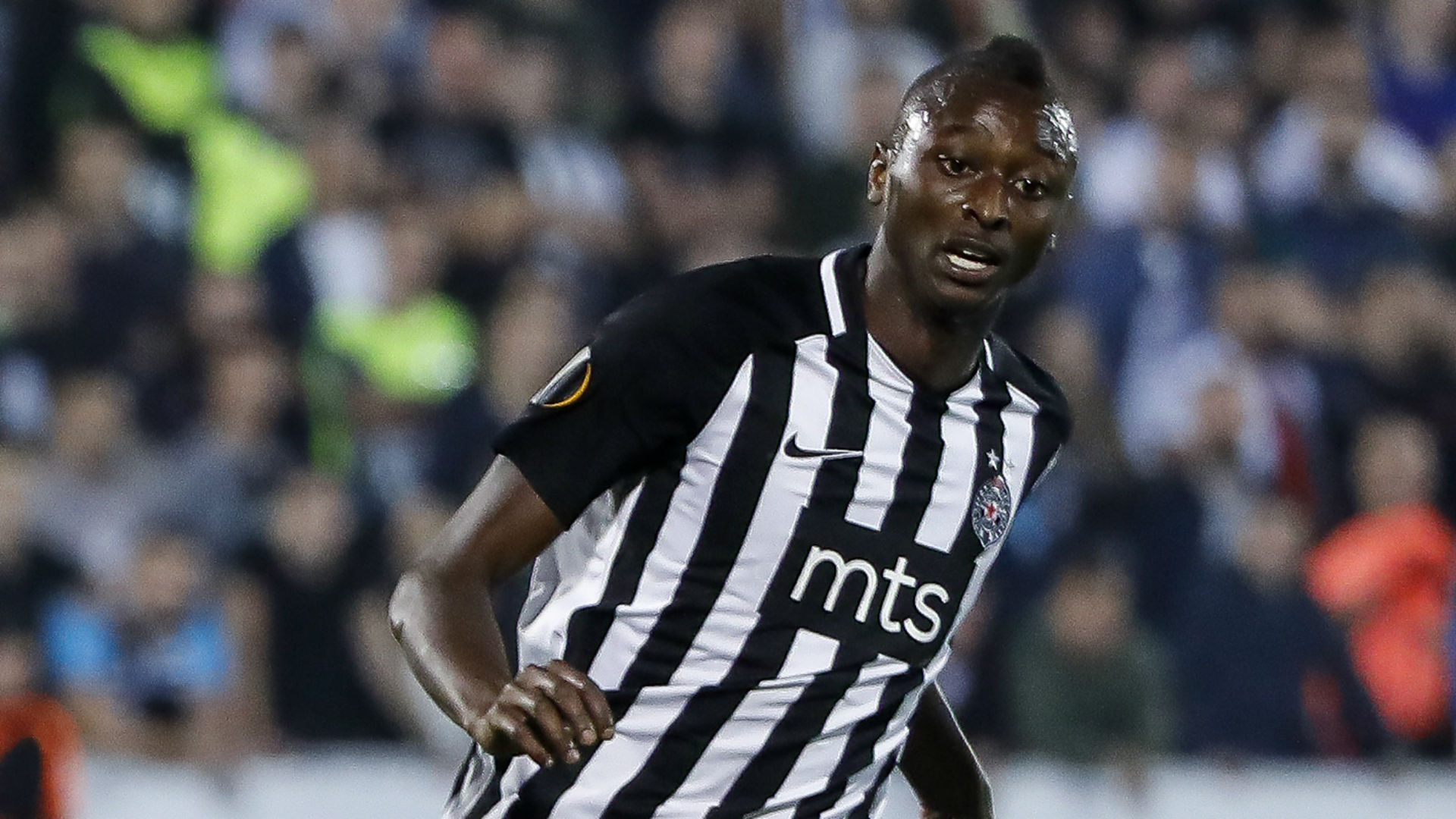 The 24-year-old’s Spanish club have stopped him from featuring for Nigeria, and a replacement has been named

Enyimba’s Anayo Iwuala has been called up as a replacement for Almeria forward Sadiq Umar for Nigeria’s 2022 Africa Cup of Nations qualifiers later this month.

Umar was part of Gernot Rohr’s 24-man squad that was named to face the Republic of Benin and Lesotho for the qualifiers.

The Super Eagles will take on Squirrels at Stade Charles de Gaulle in Porto Novo on March 27 before facing the Crocodiles three days later at the Teslim Balogun Stadium, Lagos.

Umar has been delivering spectacular performances for Almeria this season, scoring 14 goals and providing five assists in 26 league games.

His scintillating form earned him his first call-up to the senior national team, having previously starred for the West African’s U23 side.

Almeria have revealed the centre-forward will not be allowed to honour the invitation, explaining the necessary Covid-19 protocol to enable him to play for the Super Eagles has not been followed.

”Due to the pandemic crisis that we are experiencing and thoroughly evaluating all the impacts, we believe that the sanitary, security or bureaucratic conditions are not met, so that our player Sadiq Umar presents himself to the call-up of the Nigerian national team,” read a statement from the club.

“Therefore, based on article 3.1b of Annex 1 of FIFA RSTP, we have notified the player not to appear at the aforementioned call.”

The Nigeria Football Federation have moved swiftly to announce Enyimba star Iwuala as the 23-year-old’s replacement.

Umar is the third player to be stopped by club for the qualifiers due to Covid-19 protocol after Nantes' Moses Simon, who has been replaced by Genk’s Paul Onuachu, and Samuel Kalu.

Nigeria lead Group L of the Afcon qualifiers with eight points and a win over either Benin or Lesotho will seal their place at the continental showpiece in Cameroon.

The Super Eagles finished third in the last edition of the Africa Cup of Nations in Egypt behind winners Algeria and Senegal.