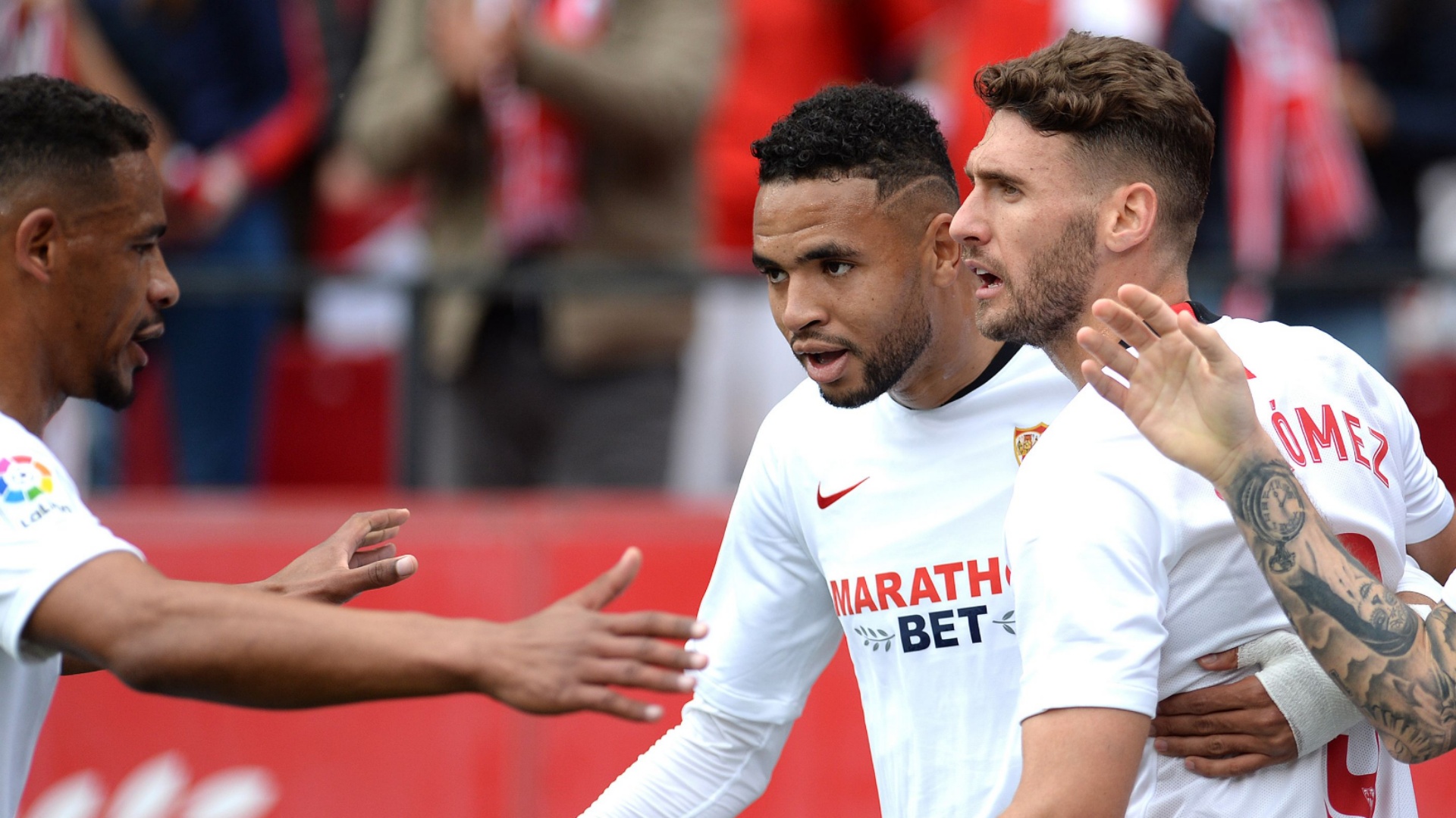 Los Nervionenses came into the game on the back of six consecutive wins in all competitions with their last result a 1-0 triumph over Almeria in a Copa del Rey fixture.

The hosts had the first chance just three minutes into the game through Suso who had his trademark shot saved by goalkeeper Ruben Yanez.

A few minutes later, they got another chance but Lucas Ocampos’ backheel at the near post from a corner kick narrowly missed the target.

Midway through the first-half, Getafe were presented with their first chance to take the lead but Nemanja Maksimovic’s header off Damien Suarez’s cross went wide.

In the 35th minute, goalkeeper Yanez punched away a Joan Jordan cross but it fell to an unmarked Ocampos, who tapped inside the net. However, VAR cancelled the goal out as the Argentine forward was adjudged to have handled the ball.

Both teams came out stronger in the second-half, albeit, Getafe were reduced by a man after Togo international Djene was given his marching orders in the 54th minute for a dreadful challenge on Ocampos.

In the 67th minute, Sevilla took the lead through substitute El Haddadi, who got on the end of a superb ball from Jordan and volleyed home.

Ocampos' replacement Alejandro Gomez doubled the lead for Julen Lopetegui’s side in the 87th minute - scoring his first goal for the club with a 25-yard beauty.

Two minutes later, En-Nesyri sealed the win after he rounded the keeper for his 13th La Liga goal in 21 games played so far in the ongoing season.

Just like En-Nesyri, his compatriot goalkeeper Yassine Bounou was in action from start to finish as Sevilla extended their winning streak to seven games.

For the visiting side, Cameroonian defender Allan Nyom and Moroccan defender on loan from Villarreal, Sofian Chakla, played the full 90 minutes.

Sevilla are third on the log having accrued 42 points from 21 games - eight points behind leaders Atletico Madrid, while Getafe are 12th with 24 points from the same number of outings.

They take on Barcelona in Wednesday's Copa del Rey semi-final.