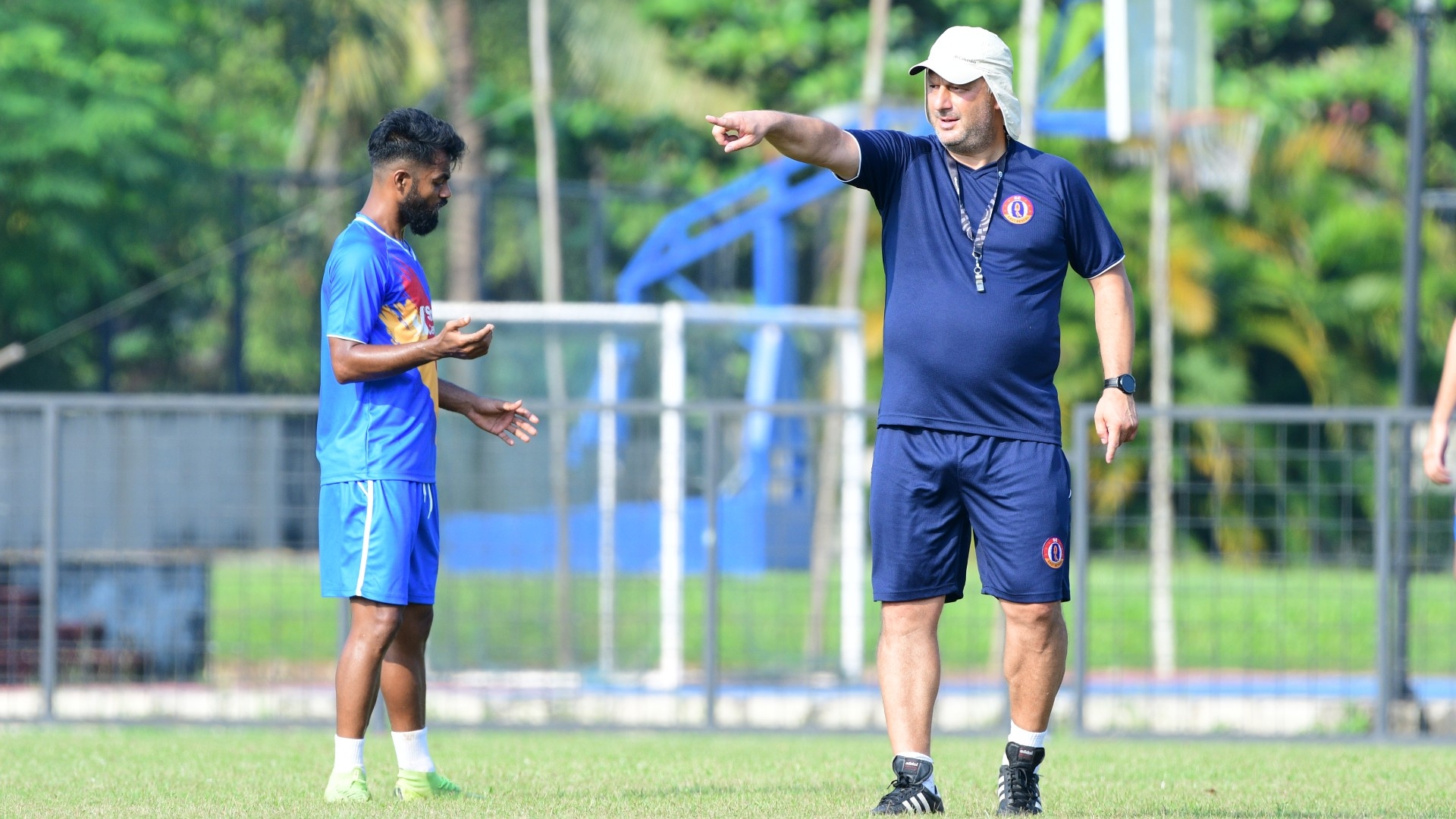 The East Bengal coach suggested that despite having offers in Spain, he decided to come to India to gain international experience...

East Bengal have kick-started preparations for the upcoming 2021/22 season of the Indian Super League (ISL) in Goa and have played two friendly matches against Vasco and Salgaocar which they won 3-1 and 2-0 respectively.

New Red and Golds boss Jose Manuel 'Manolo' Diaz is currently evaluating the squad in the training sessions and so far he is satisfied with what he has seen.

What did Manolo Diaz say?

"At the moment we are getting to know the players. We now have many players and we are testing them. In the coming weeks, we are going to finalise the squad. We have a lot of skilful and quality players and I am happy with everyone's hard work."

The Spaniard also informed that despite having coaching offers in his native Spain, he decided to take East Bengal's offer as he wanted to gain experience around the globe.

"I decided to come here because it (East Bengal) is a big club in India. Also, I had offers to continue in Spain but I wanted to get international experience. East Bengal is one of the most important clubs in India, 101 years old," suggested Diaz.

Like last season, the ISL will be conducted in a bio-bubble in Goa. While several coaches and players have had issues staying inside the bubble for nearly six months, the new East Bengal coach does not have any problem and instead suggested that he wants to put his energy behind the team to get success.

"We didn't have the experience of bubble life but we are prepared mentally and physically for this bubble. We know the conditions and the rules. When the league starts, we are going to play a match every three and four days and time will pass because we have to focus on the matches and their tactics. We will put our energy there and won't get time to think about the bubble," said the East Bengal boss.

The former Real Madrid Castilla coach complimented the Indian players of his team and said that some of them are skilful but he needs to improve the tactical aspect of their game.

"We have tested the Indian players in the two friendly matches we played. They have good skills. We have to improve the tactical movements in general and we are in the right away to achieve our objectives."

It must be noted that previous head coach Robbie Fowler had criticised the Indian players at East Bengal during his tenure, with his comments kicking up a storm.

As an East Bengal coach, the performance in the Kolkata derby against arch-rivals ATK Mohun Bagan will be very much scrutinised. Diaz is aware of the importance of the fixture and reiterated that he would try and win the derby for the fans.

"The derby is a very important match. We want to win it not only for three points but also for the fans, to give them happiness. But we will also try and do well in all the 20 matches of the league. We are ready to win the derby which is our second match of the season," said the Spanish coach.