Draxler is the best reserve in the world right now - can PSG keep him happy? 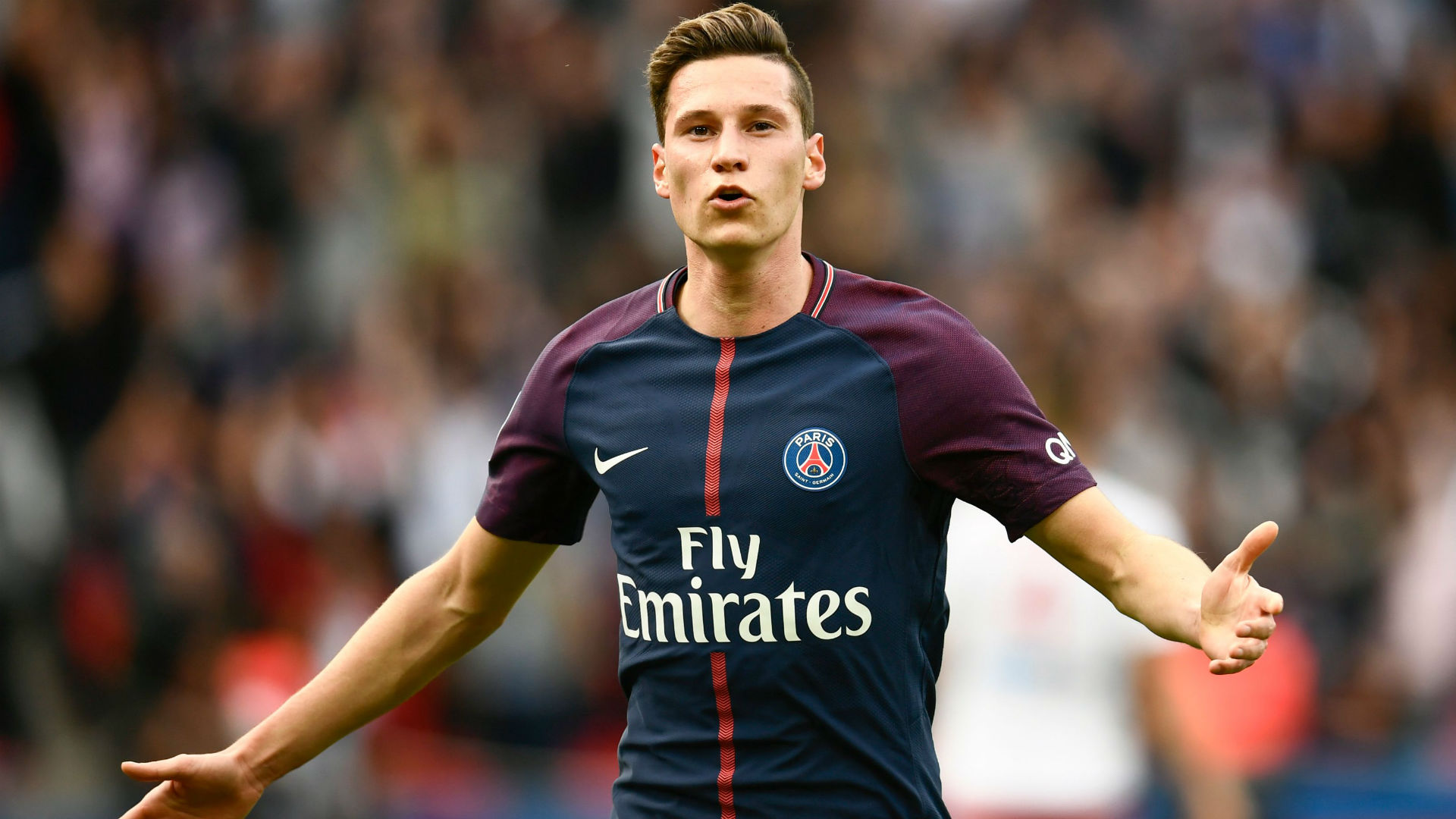 The 24-year-old's future has been the subject of intense speculation since the summer, but he's carved a niche for himself at Parc des Princes

When Paris Saint-Germain completed their spectacular summer double swoop to sign Neymar from Barcelona and Kylian Mbappe from Monaco for an eventual combined fee of over €450 million, it seemed to spell the end for Julian Draxler at Parc des Princes.

The Germany star had just played a leading role in his national side claiming the summer’s Confederations Cup in Russia, where he was named the best player, and contributed significantly to PSG’s cause at the tail-end of the 2016-17 season, but it appeared there was simply no room for him in Unai Emery’s plans.

Even now, if pushed, the Spanish coach would still not name the 24-year-old in his strongest XI, but Draxler’s versatility has meant that he has, nevertheless, been a regular presence for the Parisians this season.

Indeed, since returning to fitness after arriving late for pre-season following his international exploits, there has been only one match he has not featured in.

His contribution has been solid, too, with a couple of goals and five assists in little more than 900 minutes – 10 complete matches – spread over 18 different fixtures.

Signed in January 2017 for €40 million from Wolfsburg, the player has never expressed any interest in departing France, yet the vultures have been circling since the summer, with Arsenal and Tuesday’s Champions League opponents Bayern Munich among the clubs with a long-standing interest.

But, contrary to the impression often given by media reports, Draxler remains a valued member of the PSG squad, even if he is not playing in his favoured role on the wing. Indeed, the credit he has won for often playing out of position in a central midfield spot has been considerable, and it seems that he has carved a niche for himself that he could exploit in the future.

“Unai Emery has found a new role that is a little unusual for him, but he is already playing it perfectly,” Nice boss Lucien Favre told Bild.

“Draxler is a kind of nine and a half, playing high up on the left of the midfield.

“In this position, his strengths come to the fore. He can feed Neymar, Kylian Mbappe and Edinson Cavani as they would want but he remains a scoring threat himself.

“The fact is that Julian Draxler is a great player - and he can become a star if Emery keeps starting him and gives him his confidence.”

His thoughts were echoed by the PSG boss, who wants his player to remain ambitious.

“His qualities in that position are important for the play of the team,” the Spaniard said, hinting at his charge’s creative attributes. “If he keeps his mentality and consistency, he can grow further. We’re really happy with him.”

Of course, PSG are not the only stakeholders in the German, who will have a great say in his own future. The signs are, however, that he wishes to remain in Paris, where Thiago Motta’s injury issues have seen him offered an unexpected chance in a new role.

“I am not thinking about leaving the club in the winter or even in the summer. I am right in the middle of the season with PSG and solely concentrating on our big targets. Now is not the relevant time to think about my immediate or near future,” he said in mid-November – a line he has stuck to since Neymar and Mbappe first arrived.

Interest on multiple fronts has meant that Emery has rotated his squad regularly, with Draxler’s versatility – he has shown an aptitude for playing on either wing as well as in the centre – allowing him to pick up as many minutes as all but the elite players, namely Neymar and Cavani. It has been enough to keep him content, if not bursting with delight.

PSG’s Financial Fair Play (FFP) obligations may yet provoke January movement, but the likes of Angel Di Maria, Javier Pastore and Lucas Moura would surely all be moved on before the in-form Draxler, whose performances have been amply good enough to justify a place in the squad of the Ligue 1 leaders.

For now, Draxler is still considered the best reserve in world football – but if he continues like this he will have a regular spot back again.