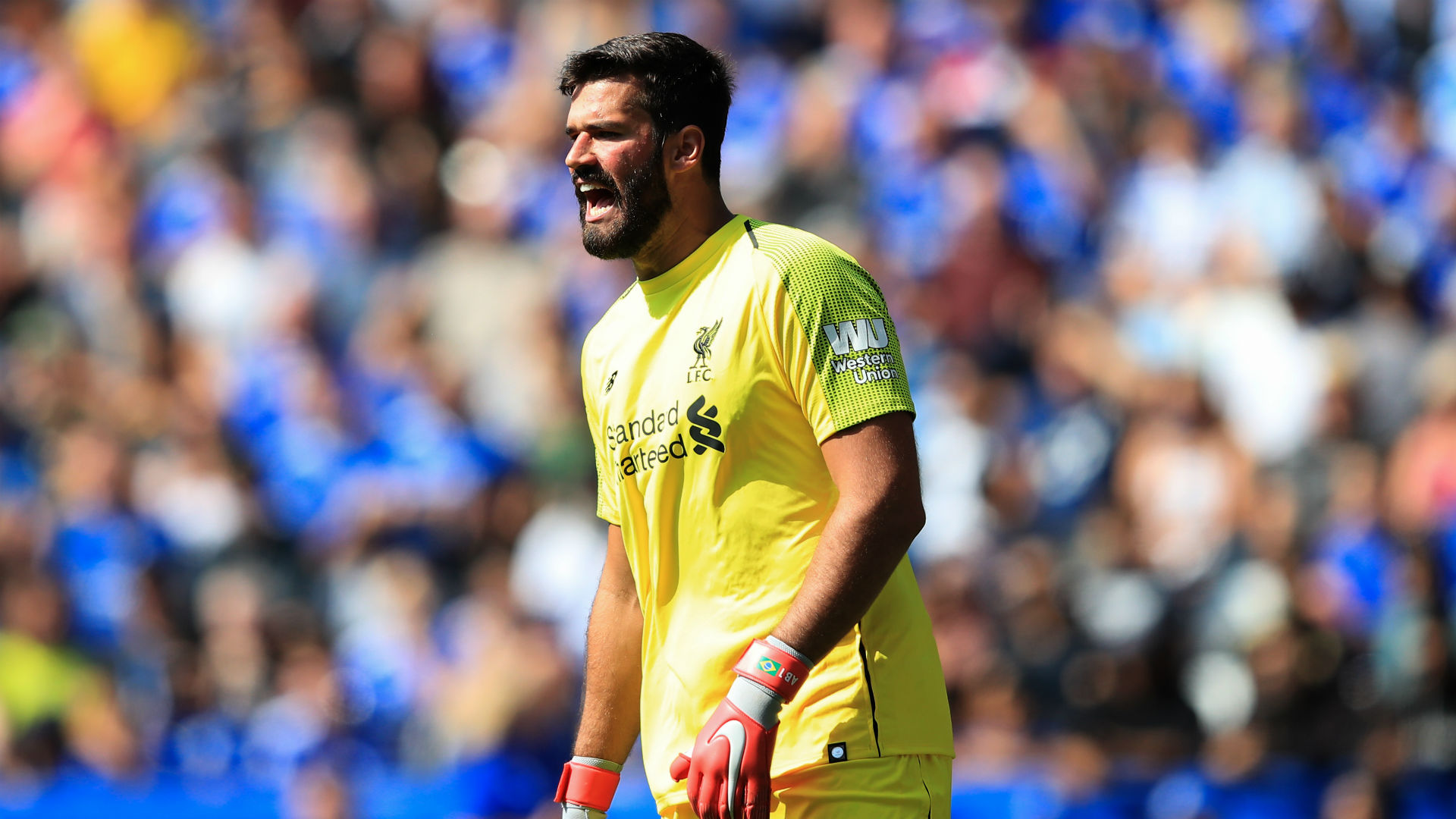 Joe Gomez has backed Alisson Becker to continue playing out from the back despite the goalkeeper’s first major error in a Liverpool shirt.

The £65million ($84m) new-boy was caught out during the Reds’ 2-1 win over Leicester City on Saturday, tackled by Kelechi Iheanacho after delaying over a backpass, allowing Rachid Ghezzal to score for the Foxes.

Alisson held his hands up afterwards, admitting he was “angry” over the mistake and vowing not to repeat it. His manager, Jurgen Klopp, stated that Liverpool need to “learn to use him in the right way” and praised the Brazilian for staying calm thereafter.

Gomez, meanwhile, says fans can expect to see Alisson continue to show off his footballing skills.

"That is his style of play and I think everyone wants him to continue doing that,” the defender said. “All the time he gives us that confidence that we can play and it relieves a lot of pressure for us.

“Everyone has their style of play and we don't want him to change. I think he's confident and will continue to do so."

Ghezzal’s goal was the first Liverpool have conceded in four games this season, with Klopp’s side sitting pretty at the top of the Premier League table. They were made to work hard at the King Power Stadium, with Gomez particularly impressive, but head into the first international break of the campaign with their 100 per cent record intact.

"I think we deserved to win,” Gomez said. “Obviously it's important that we can see out the result and get the three points. We're happy to do that because it's not an easy place to come but we deserved it in the end.

"As a team we play for clean sheets, that is important and it's the foundation for you because if they don't score you can't lose. It's going to happen though, we're bound to concede goals but the main thing is the reaction. We didn't drop our heads and we knew we could withstand the pressure and that is the main thing. We'll take the three points over the clean sheet.

"It's all about getting results. We're not always going to have the best performances but we'll take the result every day of the week. I think there were times last season when we might not have seen games out and we want to try and correct that this year. These could be valuable points come the end of the season.

"The main thing is that we've come away with 12 points [from 12]. I'm happy we've had a good run so far but it's about continuing it now. Every game is different, we've had different challenges over the four games so far and it's about adapting. It's very early days and we all know that but we want to keep the momentum going after the international break.”

For Gomez, attention now turns to England, with the 21-year-old hoping to add to his three senior caps.

He suffered the disappointment of missing the World Cup in the summer, taking the decision to undergo surgery on an ankle injury sustained playing for Gareth Southgate’s side against the Netherlands in March. Had he not, he could well have played a big role in Russia.

"I was watching it like any other fan,” he said. But I was disappointed not to be there.

“I'm over it now and it's about moving on, I can't dwell on my own disappointment. I've just got to move on and I'm happy to be back in the squad.

“[Gareth and I] spoke quite a lot before the World Cup. We were sort of unsure before whether I was going to have the operation or not. He's a great manager and we obviously had contact and he wished me well. After that it was about supporting the team and I'm looking forward to being back.

"It was very tough, but it's one of them. It was just unfortunate that I played on it  [the injury]. But it's gone now anyway and I'm looking forward to getting some minutes in the two games. It's always a positive for me playing with England and I'm still quite new to the squad. It's nice to be involved."

Nice, too, to be playing regularly for Liverpool. Gomez, used mainly as a full-back in his Reds career, has been excelling alongside Virgil van Dijk at centre-back so far this season.

"All I can do is play,” he said. “I don't think it's down for me to declare or say anything. Obviously before in the past I have said I want to play there [centre-back] eventually but whether I'm doing well or not is not for me to decide.

“I've just got to stay focused and try and keep going. I've got great people around me like Virg and the whole team to learn from and keep developing.

"For me and Trent [Alexander-Arnold], we're at a great club with a top manager. We're both grateful for that and he puts faith in us to perform. We're obviously still quite young but I think its about trying to prove we're capable and can communicate as a unit. Hopefully we can carry on taking our chances and keep progressing."