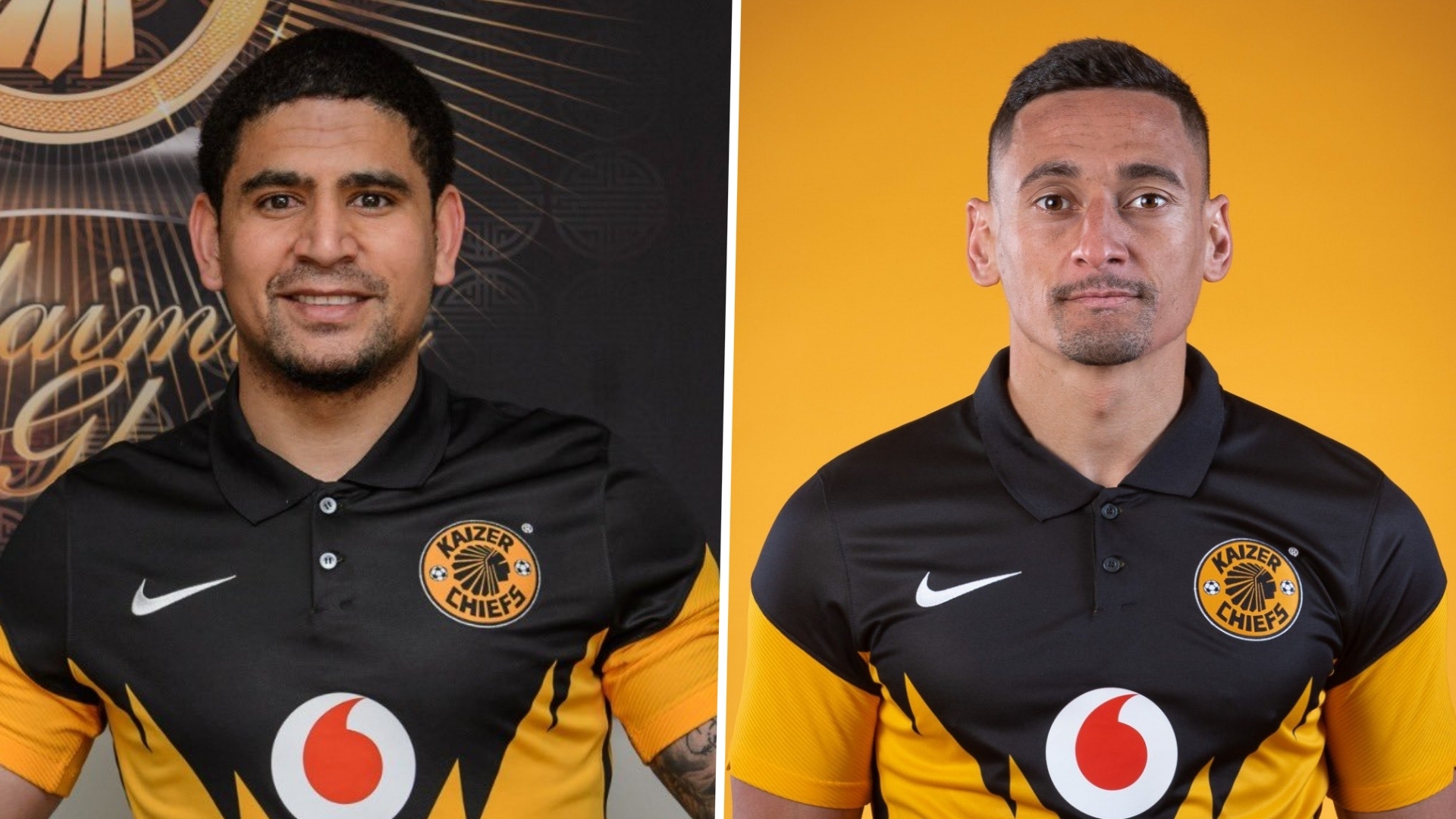 Kaizer Chiefs have announced the signing of Keagan Dolly and Cole Alexander who are both returning to the Premier Soccer League after stints overseas.

Both players join Chiefs on three-year deals and Alexander has already started training with the club while Dolly is expected to link up with his new teammates on Thursday.

Dolly's arrival completes a famous, old combination with Khama Billiat and Leonardo Castro which plundered goals for Mamelodi Sundowns some years ago.

Dolly is back in the PSL after four and half seasons in Ligue 1 where he turned out for Montpellier.

He comes to Amakhosi to be reunited with Billiat and Castro after their partnership became the talk of the season when Sundowns won the Caf Champions League in 2016.

Joining Chiefs puts to bed rumours that the 28-year-old was headed to Al Ahly to link up with his former coach Pitso Mosimane.

“Dolly will reunite with Khama Billiat and Leonardo Castro after playing with them in the same team in 2014/15, while Alexander will be happy to reconnect with Sifiso Hlanti, Kgaogelo Sekgota, Brandon Peterson and Phathutshedzo Nange who were his teammates at Wits just over a year ago,” said Chiefs in a statement.

“Dolly has a two-year option on his contract and Alexander has a one-year option.  Dolly was in France with Montpellier where he spent five seasons. Before moving to Europe, he played for Mamelodi Sundowns and Ajax Cape Town.

The 28-year-old is a product of the [Safa] School of Excellence. The winger will don jersey number 10 for the next three years. Alexander joins Chiefs from Indian Club, Odisha, where he spent just one season. The player will be reunited with Coach Stuart Baxter who was in charge of Odisha at the time. The hardworking midfielder will wear jersey number 17 at Chiefs.”

Most players donning the famous number have struggled to shine at Amakhosi.

Alexander joins Chiefs a few days after quitting Indian Super League side Odisha FC where he was coached by Stuart Baxter.

At 32, Alexander justifies Baxter’s reputation of trust in experienced players.

The latest signings join Peterson, Nange, Hlanti, Sekgota, Njabulo Ngcobo, Austin Dube and Sibusiso Mabiliso who have been signed by Amakhosi this July.

Khune is the longest-serving player in the current team as he has been a part of the senior team set-up since 2004," Chiefs announced.

"The goalkeeper has been given two years’ extension to his contract. This means the player will go into his record-equalling 18th season with Kaizer Chiefs’ senior team. He joins Patrick ‘Ace’ Ntsoelengoe in the record books of Amakhosi. Ntsoelengoe played for Chiefs from 1970 and retired in 1988.

"Amakhosi have also signed another one-year contract with option to extend for a further year with attacking midfielder Lebogang Manyama. The Alexandra township-born player arrived at Chiefs from Konyaspor in Turkey in the 2017/18 and has been a key player for the Glamour Boys.

"Captain Bernard Parker will get to play in his 11th season for Amakhosi as he has also been given a one-year contract extension. The attacker played 42 games last season for Chiefs, making him the second most capped player of the 2020/21 season. He also captained the team in the latter part of the season. He played and captained 13 of the 15 CAF Champion league games for Chiefs last season.

"Defender Mphahlele has also received a contract extension for the next season with a one-year option. The Ga-Mphahlele born player joined Chiefs in 2016. He was appointed captain of the team at the start of the season but also struggled with injuries. He will go into his 6th season with Amakhosi.

"Chiefs have also extended Khama Billiat’s contract. He will be with Amakhosi for two more seasons after signing for two years. The Zimbabwean attacking midfielder arrived at Chiefs in 2018 ahead of the 2018/19 season."

Two Lions welcomed into the pride. We would like to officially announce the signing of Cole Alexander and Keagan Dolly to the Club. Welcome MaKhosi, we are happy to have you with us. #Amakhosi4Life #ColeAtChiefs #DollyAtChiefs pic.twitter.com/prX3vQK1yE