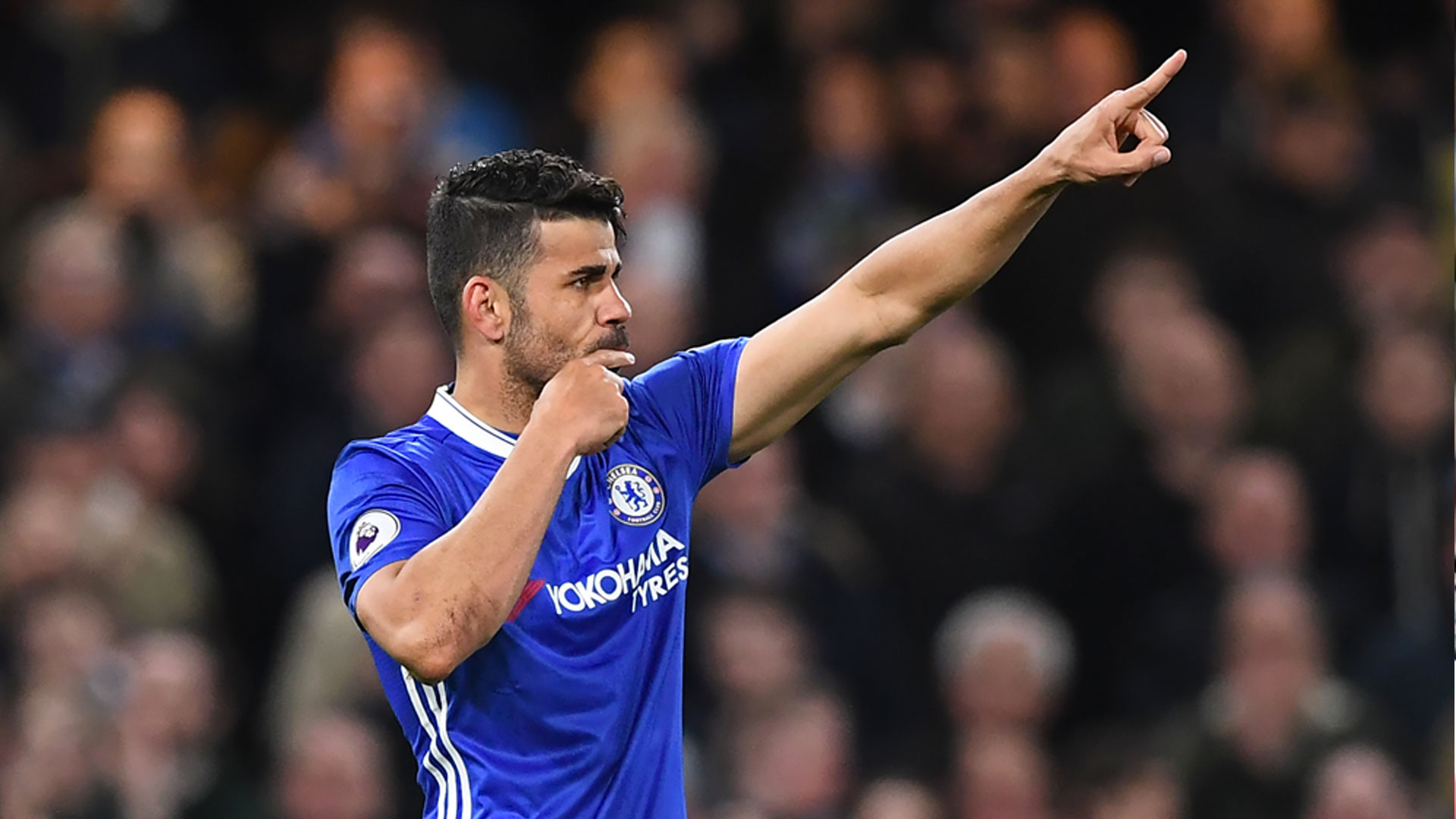 Commitment, passion and hard work. For all his bad qualities, few can deny that Diego Costa possesses each of those attributes. Against Southampton they were all on show as he finally found the form required to nudge Chelsea towards the Premier League title.

REPORT: Costa at the double in Chelsea win

Heading into the clash at Stamford Bridge, the Spain international was in the midst of his longest barren run in front of goal since arriving from Atletico Madrid in 2014. For much of the first half, it seemed like that run may extend to seven games.

But when Cesc Fabregas floated a cross up to the back post, Costa was there to out-battle Ryan Bertrand and head home. A late second took him to 20 goals for the season. Suddenly things do not look so bad after all.

If Costa is back among the goals then Tottenham might as well give up on the title. Chelsea have had spells with Costa in-form and Eden Hazard in-form this season, but rarely both at the same time.

Hazard's fifth minute goal got Chelsea on their way on Tuesday, with Costa providing the assist - his first since 3 December against Manchester City. Hazard's finish was one of great skill but his real moment of genius was to make his goal celebration all about Costa.

The Belgian is the captain of his country and showed leadership by reaching out to his forward partner who has been bereft of confidence in recent weeks.

That said, Southampton responded well, with Oriol Romeu equalising from one of a series of set-pieces that troubled the Chelsea defence. The time for leaders was now.

Chelsea without John Terry, however, are far from leaderless, with Cesar Azpilicueta stepping up by producing a 60-yard run to close down Southampton goalkeeper Fraser Forster. This served as a reminder to Antonio Conte's side that wins do not come easy.

This time last week, Gary Cahill was in hospital as he suffered a severe virus, but a week later he scored the a captain's header at the end of the first half. The momentum swung the game back into Chelsea's favour, and from there they needed just one more thing to cap off a perfect evening - a goal for Costa.

The Brazlian-born forward delivered, with his header also his 50th Premier League goal in just his 85th league game. Jimmy Floyd Hasselbaink did it in 84 games in a Chelsea shirt during but second place is not too bad. He also got their quicker than Luis Suarez.

Costa is still a huge player for Chelsea and Conte's decision to rest him at Wembley against Tottenham has paid off.  Mauricio Pochettino must have been dreading seeing Costa score as he was the one who was integral to 13-game winning run earlier in the season.

Michy Batshuayi has been reminded that he is well and truly second choice and he will be for the remainder of the season. Romelu Lukaku, Alvaro Morata or whomever Chelsea sign up front for next season might not find themselves walking into this team so easily. Whether he stay or goes, goals mean money with contract negotiations looking likely in the summer.

Conte never lost faith in his target man and he spoke in-length after the game about his faith in Costa.

“Yes, it's normal for the strikers, for the forwards, that it is important to score," said Conte. "The goals are their life. But, for me, I've always said I've been pleased with his commitment, his work for the team. He always worked for the team.

"Sometimes he was unlucky in different circumstances, but I was always confident about him. After the Tottenham game, I said I'm sure he's keeping his goals for the final weeks of the season. Now he must continue.

Costa's number 19 shirt isn't in China yet and might not be next season. His work-rate was high, even when he was still waiting for his goal. In fact, Costa wanted it too much, getting involved in off-the-ball incidents and looking frustrated on the pitch.