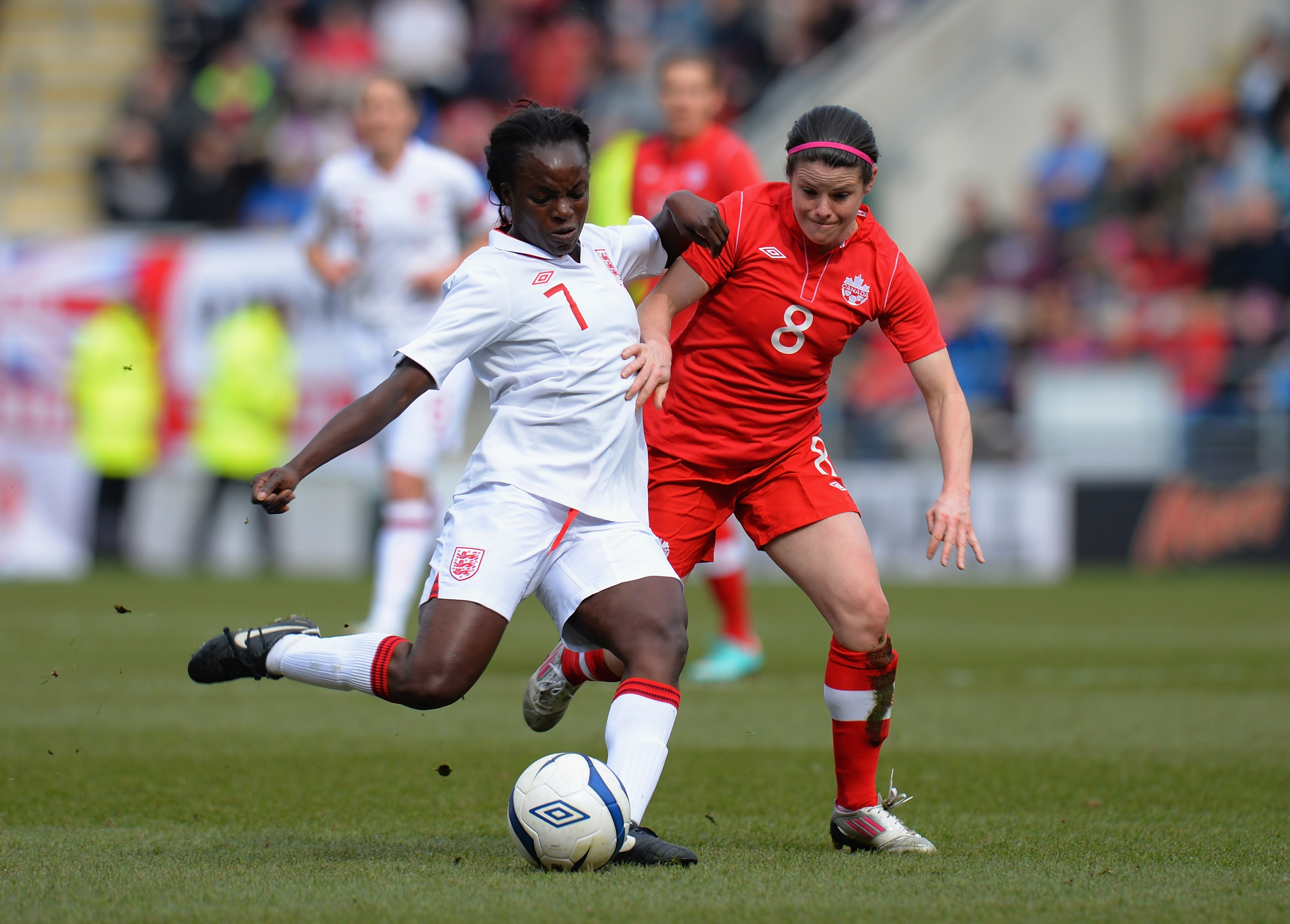 Excitement of equal pay in Norway looks to generate dispute in Denmark, while Aluko's bravery is putting the English FA in racism dilemma

The campaign against sexual discrimination in relation to gender pay gap secured a huge boost with the recent announcement of the Norwegian Football Association to offer equal pay to male and female players representing the country.

While women are still in wide jubilation, Norwegian midfielder Caroline Graham Hansen also took to social media to celebrate the equal pay, happening for the first time in football.

This was maybe a small thing for you to do for us. This will maybe not show in your monthly wages. This was maybe an obvious move for you to do! This though means everything for us! For our team! For our sport! But not at least for all the female athletes out there, who does the same work, same sport as men's do, but get paid less! For you to say that equal pay is how it should be, makes me wanna cry! Makes me Wanne hug you all! Thank you for making this step for female athletes. For showing equality and for helping us all, making it a bit easier, to chase our dreams. To make them come true! RESPECT #equalgame #equalpay

The nation's FA decision is certainly a great leap for world football. Beyond football, the demand for equal pay relates to the full range of payments and benefits, including basic pay, non-salary payments, bonuses, and allowances.

Some countries have moved faster than others in addressing the problem, while some see it as a mere outrageous request, ignoring women working hard as men and almost as good as them.

Unfortunately, it is a contrasting fortune for Denmark women international players, who are currently staging a boycott over the contractual dispute. This resulted to the calling off a Fifa Women's World Cup qualifier clash with Sweden billed for October 20 after negotiations have broken down on Wednesday.

Nigeria women held a sit-in protest over unpaid allowances and bonuses before besieging the street to protest their unpaid wages having won the 2016 Africa Women's Cup of Nations last December. Brazil's Christine Rozeira took to social media to berate the ill-treatment received from the country's FA in September.

Eight former Brazil players penned an open letter criticising their set-up and demanding greater respect. Denmark remains locked in a bitter dispute with their FA, having pulled out of a friendly against the Netherlands, and are threatening to sit out their first World Cup 2019 qualifier until progress was made. Negotiations have repeatedly stalled, and collapsed again at the weekend, throwing their next set of fixtures into doubt.

The undervaluation of hard work put in by women in the sport will certainly require some strong will and determination to earn improved support and earnings. With the standard set by the Norwegian FA's decision, the act coming at a moment women teams worldwide are fighting in demands for more respect, fairness, and support.

The low wages, shoddy preparation for tournaments and poor treatment at the mercy of their male counterparts is forcing players to organise struggle for equality.

Thankfully, England forward Eniola Aluko got vindicated as her allegations of racial discrimination against former women's coach Mark Sampson were confirmed true following the findings of barrister Katharine Newton and the reports of the Parliamentary committee.

Though the English FA had since apologised and FA chief executive Martin Glenn denying behaviour “bordering on blackmail” after Aluko alleged the attempt to force her to say the organisation is not institutionally racist.

“I would never say the FA is institutionally racist. My comments were based on comments to me and Drew Spence and how they handled that. For Martin Glenn to say I should say that in order to get a payment I was contractually agreed to is appalling," said Aluko.

Anyway, the negative revelations followed for the FA, especially with Aluko’s accusation that Glenn asked if he denied asking Aluko to write the statement absolving the FA of institutional racism is inviting calls for the resignation of the national governing body top officials.

For sacked Sampson, who still insists he is not a racist will have to learn from the mistakes of engaging in expensive banter or jokes with the players. The long fight for justice by the Chelsea star is offering high hopes for the players’ world over in similar situation to secure a fair hearing.