England and the Republic of Ireland are in a battle to win the heart of West Ham youngster Declan Rice, who has been making waves in the Premier League.

The 20-year-old rose through the ranks with the Boys in Green, but is eligible to represent the Three Lions too and Gareth Southgate et al have been on a charm offensive in a bid to lure him to their side.

Doubts arose over Rice's future with Ireland in 2018 when former boss Martin O'Neill revealed that he was taking time out to consider his options following England reaching out to him.

So who is the prospect at the centre of the international tug-of-war? Goal brings you everything you need to know about the Hammers star, his national team eligibility and more.

Who is Declan Rice?

Rice began his football career at Chelsea, but did not make the grade at Stamford Bridge and was released in 2014, though he did not move far in his next step, joining the ranks of West Ham.

Equally adept in defence or midfield, Rice has enjoyed a swift ascent through the ranks of the east London outfit.

After serving as captain of the Hammers Under-23 team as they earned promotion from the Premier League 2 Division 2 in 2016-17, he was elevated to the first team and was handed his debut by Slaven Bilic in May 2017 as a substitute in a 2-1 win over Burnley.

Bilic kept faith in Rice at the beginning of the 2017-18 season, giving him more competitive minutes from the bench, as well as a full debut in a 3-2 win over Southampton that August. 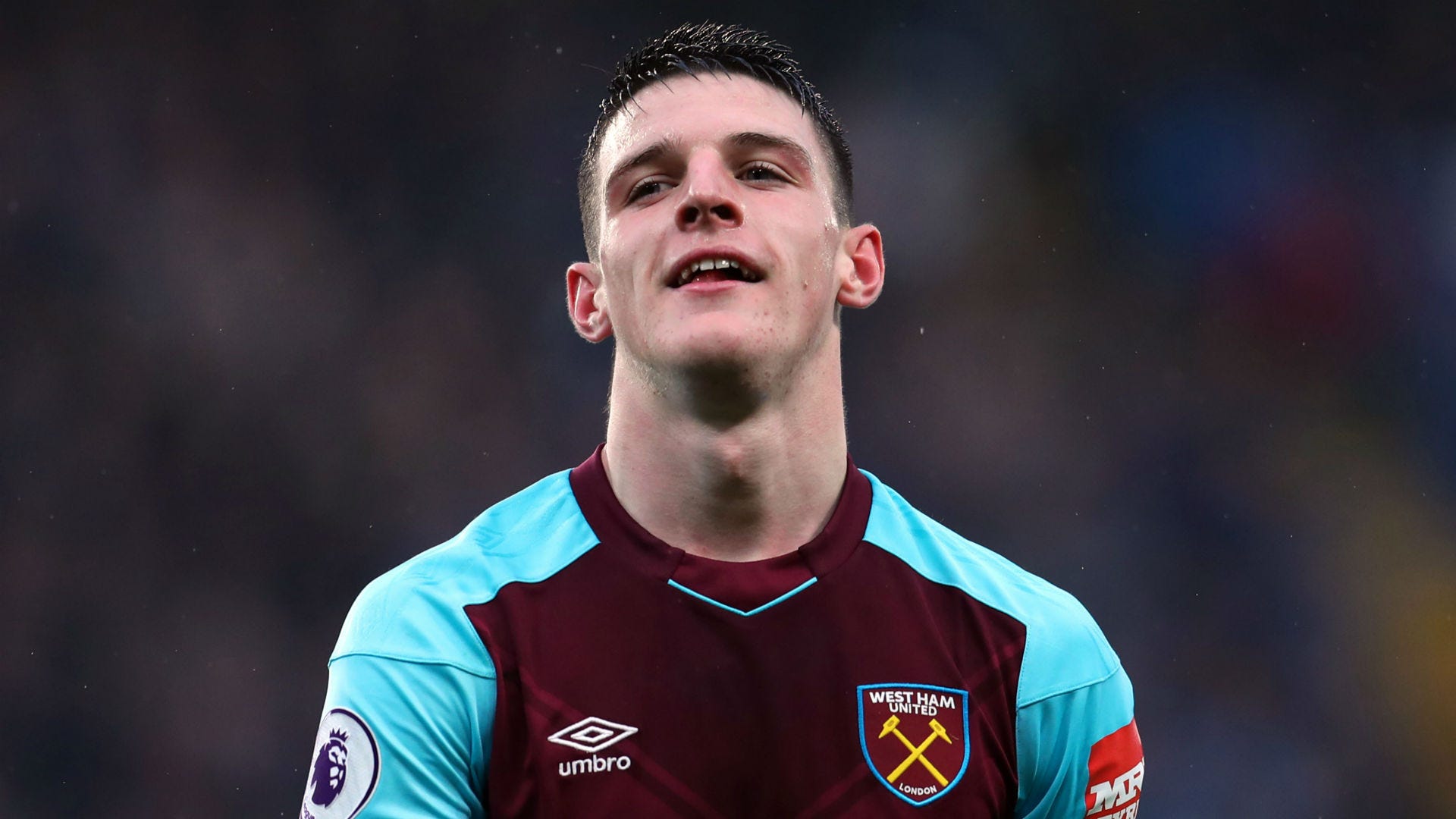 The arrival of David Moyes as Bilic's successor in November 2017 proved to be a positive development in the career of Rice and he featured heavily for the remainder of the season, primarily in defence alongside more experienced campaigners such as Pablo Zabaleta and Angelo Ogbonna.

In all, Rice made 26 Premier League appearances in 2017-18, starting 15 games, and he also featured in the FA Cup and League Cup. At the end of the season he narrowly missed out on the 'Hammer of the Year' award, coming second to Marko Arnautovic.

Another managerial change in 2018-19 had potential implications for Rice, but new boss Manuel Pellegrini has thus far been impressed by what he has seen and the player was handed a new five-year contract in December 2018.

"Declan Rice is improving in every game," Pellegrini said following the player's match-winning display against Arsenal in January.

"Today you could see he played a lot of balls in front and not back, and he has a good shot, is good technically and is good on aerial duels so I think we are seeing a complete player. I’m sure in the future he will be a top, top player."

Indeed, Rice's stock has risen considerably and he has been linked with a move to Manchester City.

How does Declan Rice qualify to play for England? 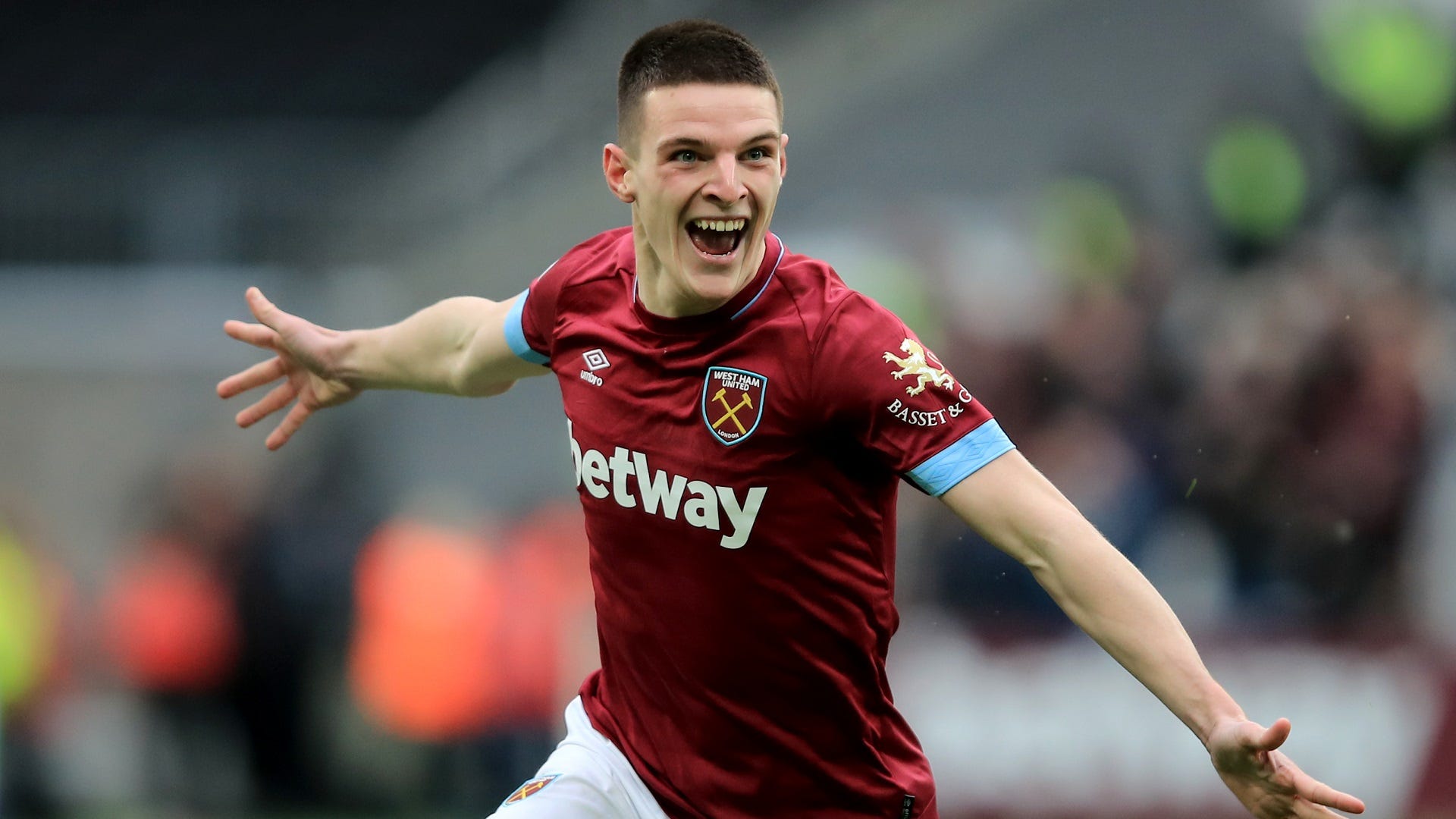 Rice qualifies to play for the England national team by virtue of the fact that he was born in London and is a British national.

An individual's eligibility to play for England rests first upon their having British nationality and then either they, their biological parents or their grandparents must also have been born in England.

However, despite being born in the country and playing for some of its biggest clubs, Rice has never represented the Three Lions at any age level in his career.

He has been touted as a potential future England international though, with West Ham owner David Gold telling talkSPORT at the end of last season that he hoped Pellegrini would help transform the 19-year-old into one.

"I’m looking forward to the new manager turning Declan Rice into a strong England defender for the future of the England team," Gold told the radio station.

Has Declan Rice played for Ireland? 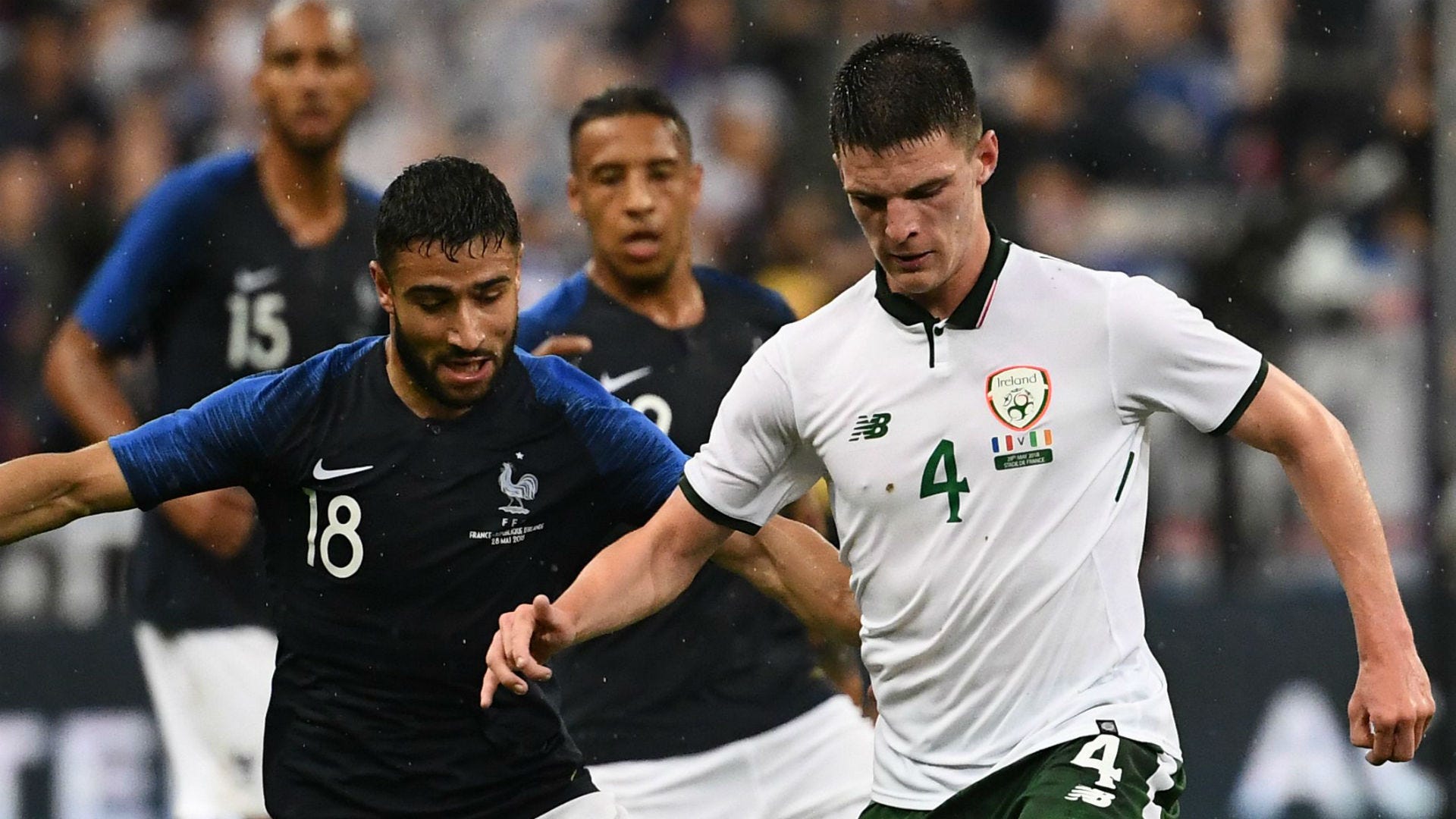 Yes, Rice has played for Ireland at a number of different levels for Ireland, from Under-16 right up to senior level.

The defender is eligible to represent the Boys in Green due to his Irish nationality and the fact that his grandparents were from Cork in the south-west of Ireland.

An Ireland U-17 and U-19 Player of the Year, Rice was earmarked as a future Irish star in the summer of 2016 when he joined O'Neill's squad for their pre-Euro 2016 training camp.

However, his senior international debut for Ireland did not arrive until two years later, in March 2018, in a 1-0 defeat against Turkey.

At that time, there was no doubt in the West Ham youngster's mind about where his allegiance lay.

Watch as Martin O'Neill explains why Declan Rice's future with @FAIreland is far from certain amid @England interest. #rtesoccer pic.twitter.com/rvSPpU4w47

Rice later played friendly games against France and the United States, taking his total number of senior caps for the Boys in Green to three, strengthening the belief that his future was with the Emerald Isle in the process.

Gold's aforementioned comments about Rice playing for England caused quite a stir back in May 2018, but they were promptly dismissed by then-Ireland assistant manager Roy Keane.

"It’s going to be pretty difficult if he’s Irish," Keane told reporters. “And he is Irish. He plays for Ireland. Where else would he want to go?

"If you had a choice: Ireland or England? It’s pretty straightforward, isn’t it? Ireland."

FIFA's national team eligibility rules and his nationalities (Irish and British) are what allow Rice to make the change of allegiance from Ireland to England, should he so wish.

Players who hold more than one nationality or have acquired a new nationality can change from one national team to another only once, provided they have not yet made a senior competitive international appearance.

Rice has indeed played for the Boys in Green at senior level, but each of those three appearances came in friendly games, rather than competitive matches.

Have other players switched from Ireland to England? 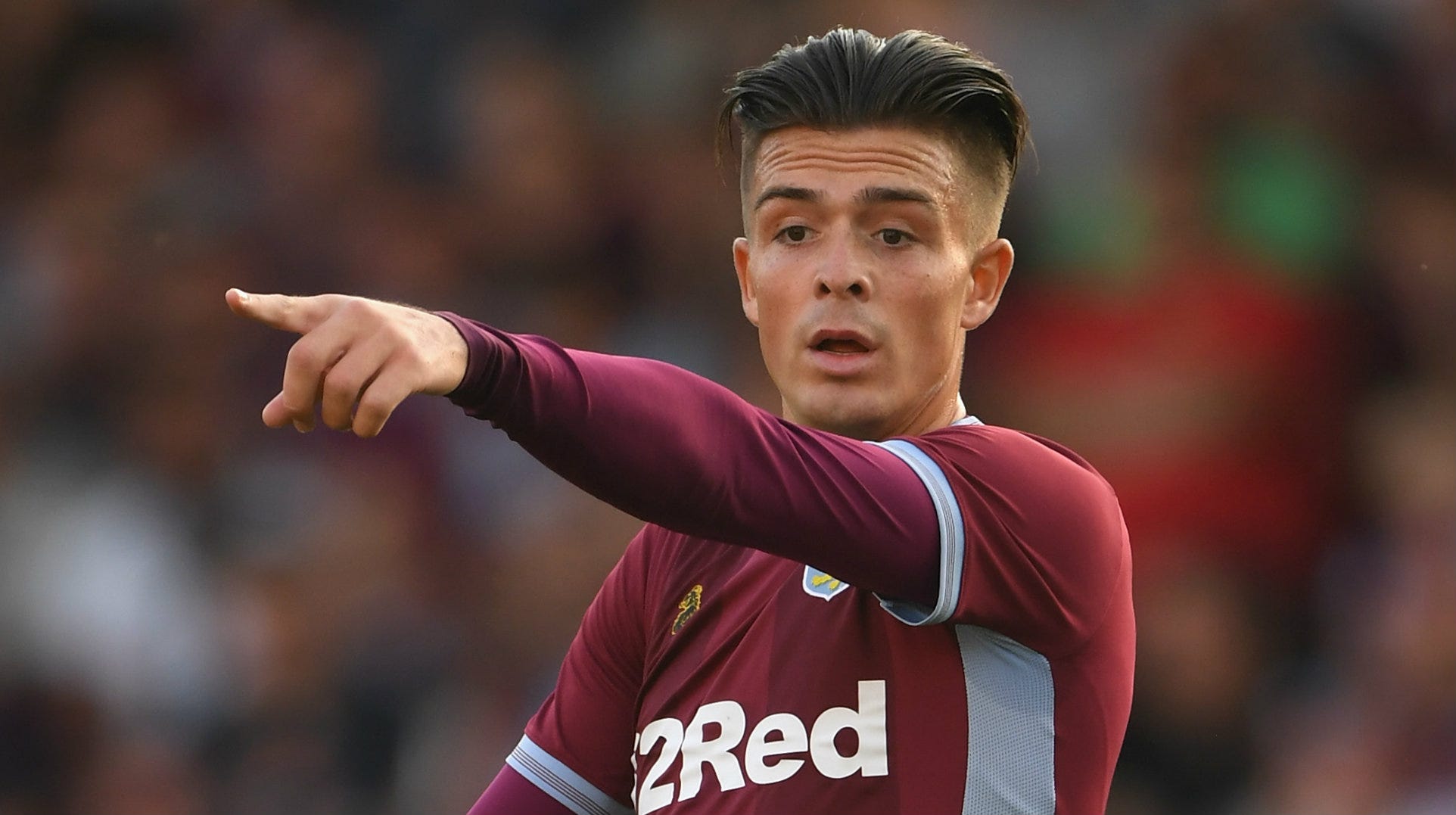 A number of players have changed allegiance from Ireland to England, so Rice would not be an outlier by any stretch of the imagination.

Perhaps the highest profile example of recent times is Aston Villa midfielder Jack Grealish, who played for the Boys in Green at various levels before switching to England in 2015. Unlike Rice, however, Grealish never accepted a senior call-up and did not earn a single senior cap.

Another example of a player swapping green for white is Everton defender Michael Keane, who represented Ireland at Under-17 and Under-19 level before declaring for the Three Lions. Interestingly, Keane's twin brother, Will, could potentially go the other direction after playing for England at Under-21 level.

Former Arsenal youngster Marcus McGuane, who is now playing for Barcelona, represented Ireland at the 2015 UEFA U-17 Championship - where he played against England - before switching to the Three Lions.

Will Declan Rice play for England or Ireland? 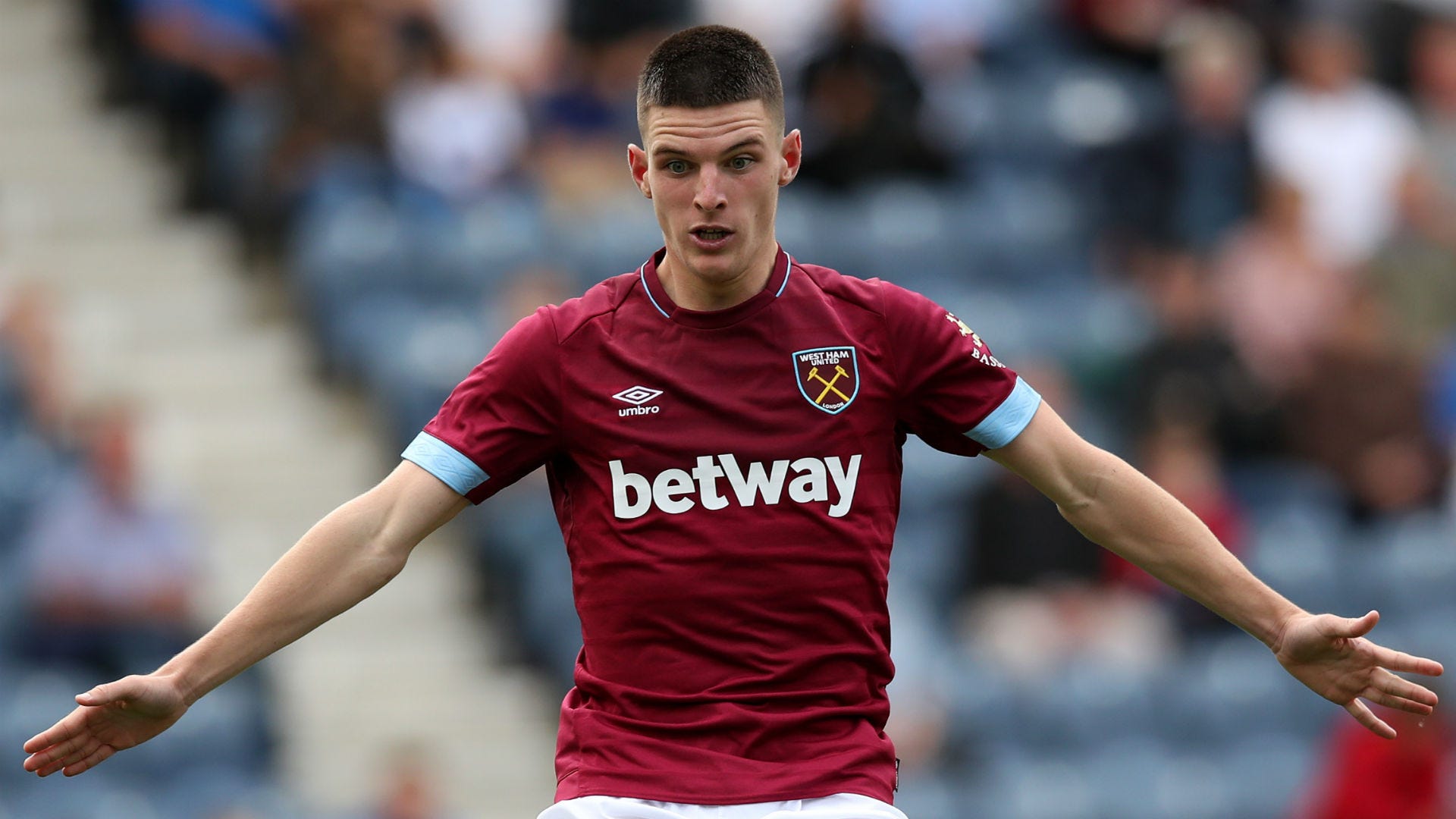 Right now, it remains unclear where exactly Rice stands on the matter, so we do not know how he will proceed.

The expectation was that a decision would be announced as soon as his contract with West Ham was sorted out. However, despite the contract being out of the way, no such clarity has yet been reached.

In a January interview with the Evening Standard, the player said that he would make his decision "soon" having met with new Ireland boss Mick McCarthy, so an announcement is imminent.

Naturally, the news of Rice's continued indecision has been received negatively by Irish fans, while former Ireland international Kevin Kilbane - like Rice, born in England - delivered a blunt assessment of the West Ham teenager's equivocation on the matter, commending former boss Martin O'Neill's treatment of it.

Kilbane wrote on Twitter: "I’d rather be ranked 150th in the world and never qualify again than have someone who has played, but needs time to THINK whether they should play for us again. Well done to MON (Martin O'Neill) for transparency."