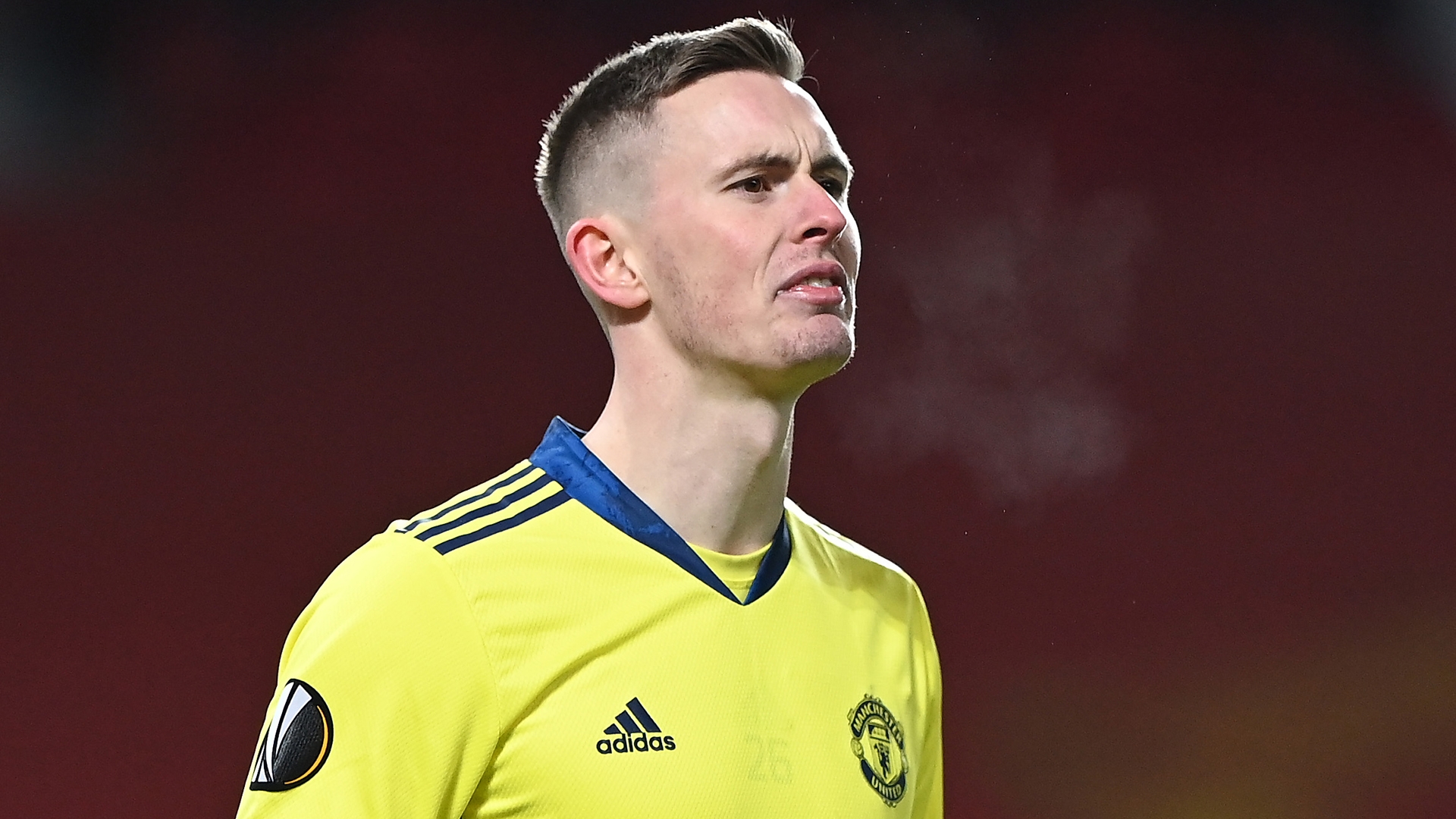 Dean Henderson will miss Manchester United’s training camp in Scotland as he recovers from the effects of recently contracting Covid-19.

The goalkeeper had returned to training having recovered from the injury which saw him withdraw from the England squad at this summer’s European Championships but has not felt well since contracting the virus three weeks ago.

The 24-year-old tested positive a number of weeks ago but is still struggling with fatigue and has not travelled with the squad to St Andrews.

United released a short statement before the squad trained in Scotland for the first time on Monday evening.

It read: “Dean Henderson will miss Manchester United’s Scotland training camp while he continues his recovery from prolonged fatigue after contracting a Covid-19 infection three weeks ago. He is expected to be training soon.”

While he is currently sidelined due to Covid-19 he has fully recovered from the hip injury that forced him to withdraw from Gareth Southgate’s England squad this summer.

The 24-year-old is in a battle with David de Gea to be first choice goalkeeper this season. The academy graduate started last season as second choice behind the Spaniard but for the last few months of the campaign he established himself as No 1 in the league while De Gea had to settle for the cup competitions.

Ole Gunnar Solskjaer has another difficult decision to make ahead of the new season with both goalkeepers looking to stake their claim. Tom Heaton, who rejoined the club this summer on a free transfer, has played in the pre-season friendlies so far this summer along with Lee Grant who has recently signed a new one year deal.

What are United doing in Scotland?

With no pre-season tour abroad this year due to the ongoing travel restrictions, United have settled for friendlies in the United Kingdom instead. They have already played away fixtures against Derby and Queens Park Rangers and hosted Brentford at Old Trafford.

Their clash against Preston North End last weekend was cancelled after a small group of the first team training squad recorded positive Covid-19 tests, which later turned out to be negative.

Solskjaer’s side have one more friendly to play against Everton at the weekend before their season opener against Leeds on the first weekend of the new season.

They are currently on their second training camp of pre-season having completed a week down in Surrey a couple of weeks ago. The group flew to Dundee on Monday afternoon for a three-day camp in St Andrews.

A number of players who had been on holiday due to their involvement in international fixtures have now joined up with the squad. Harry Maguire, De Gea, Aaron Wan-Bissaka, Luke Shaw, Victor Lindelof and Phil Jones are all now with Solskjaer’s squad.

Marcus Rashford will not be joining his team-mates as he awaits surgery on a shoulder problem which is expected to keep him sidelined until October.