Kevin De Bruyne believes that Erling Haaland "can get away with" not fitting Manchester City's style as long as he keeps finding the net.

WHAT HAPPENED? Haaland has been firing on all cylinders since joining City from Borussia Dortmund, scoring 12 goals in seven matches across all competitions, including a brace in a 4-0 victory against Sevilla in the Champions League on Tuesday. He has been linking up to great effect with De Bruyne, however, the Belgian thinks that the forward still has some way to go before fully adapting to City's style of play.

WHAT THEY SAID: "I think the way he has adapted to us is really good but obviously, outside of the goalscoring there’s another part of the game and that is more tough to adapt to," De Bruyne stated after the Sevilla win. "If you score that much you can get away with things. If he keeps on scoring then we know it's a positive for us."

THE BIGGER PICTURE: De Bruyne set up Haaland for his latest Premier League goal with a stunning cross from the right flank as City drew 1-1 with Aston Villa, and the midfielder provided for the prolific frontman to convert from close range once again against Sevilla, taking his overall tally of assists for the season so far to five. 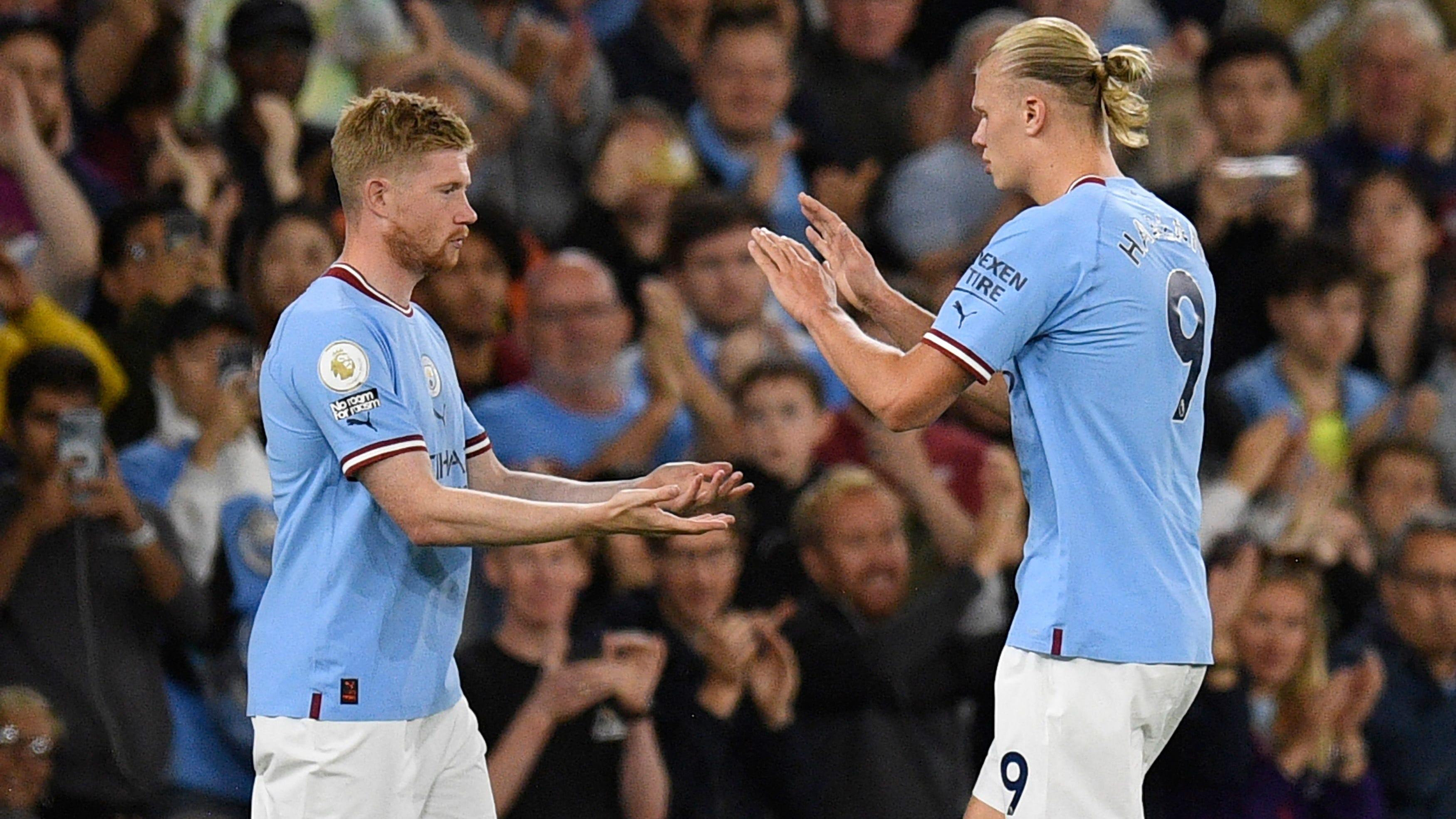 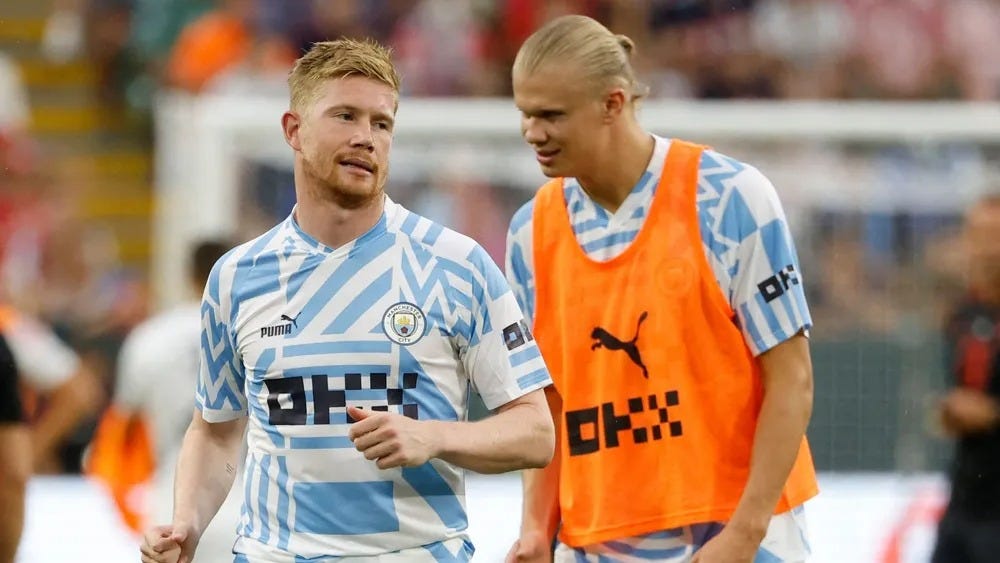 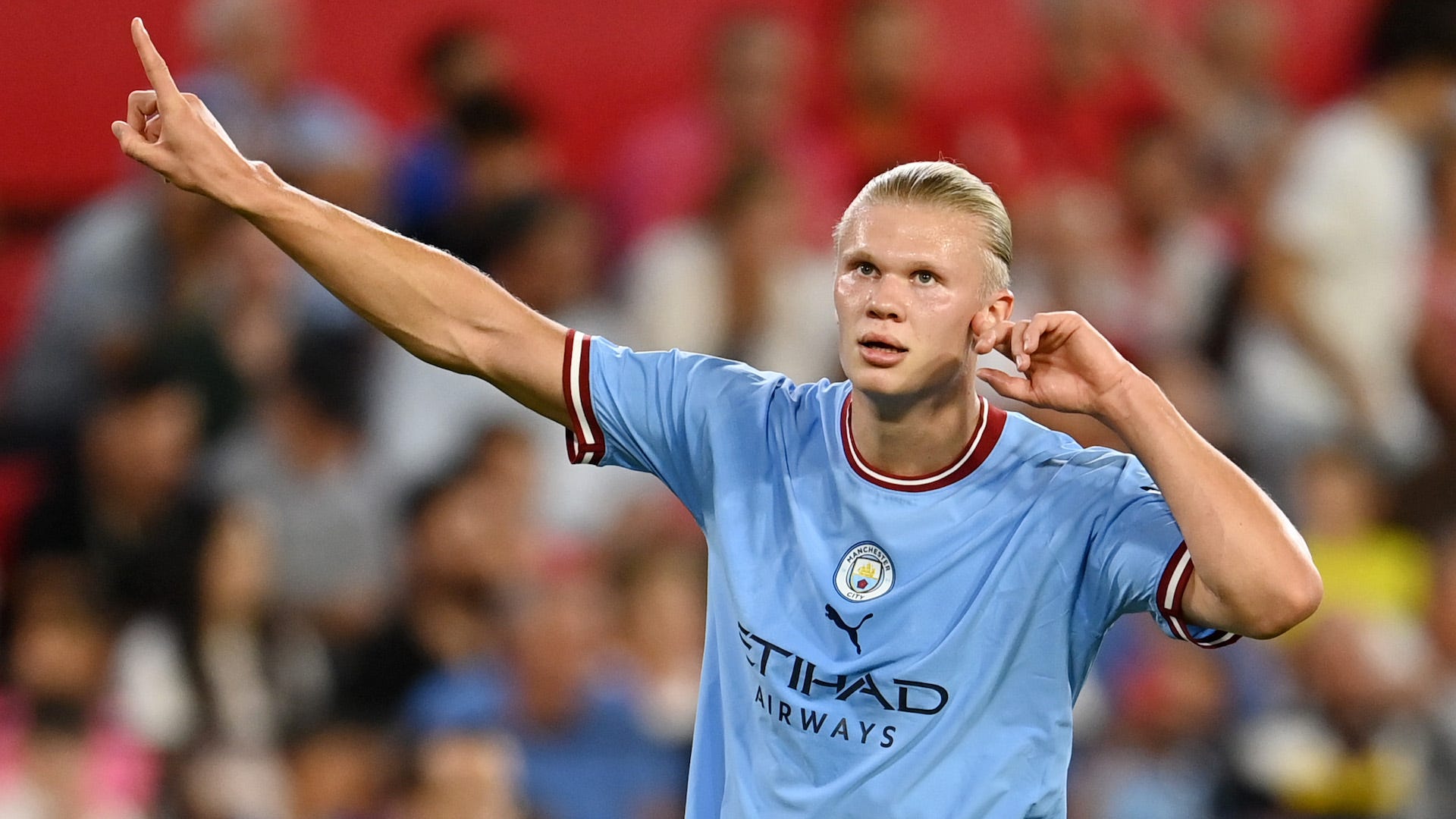 WHAT NEXT FOR MANCHESTER CITY? After registering an emphatic triumph in the Champions League, City will turn their attention bac to the Premier League when facing Tottenham at the Etihad Stadium on Saturday.

The next world-beating duo?

Can Haaland & De Bruyne be a partnership for the ages?