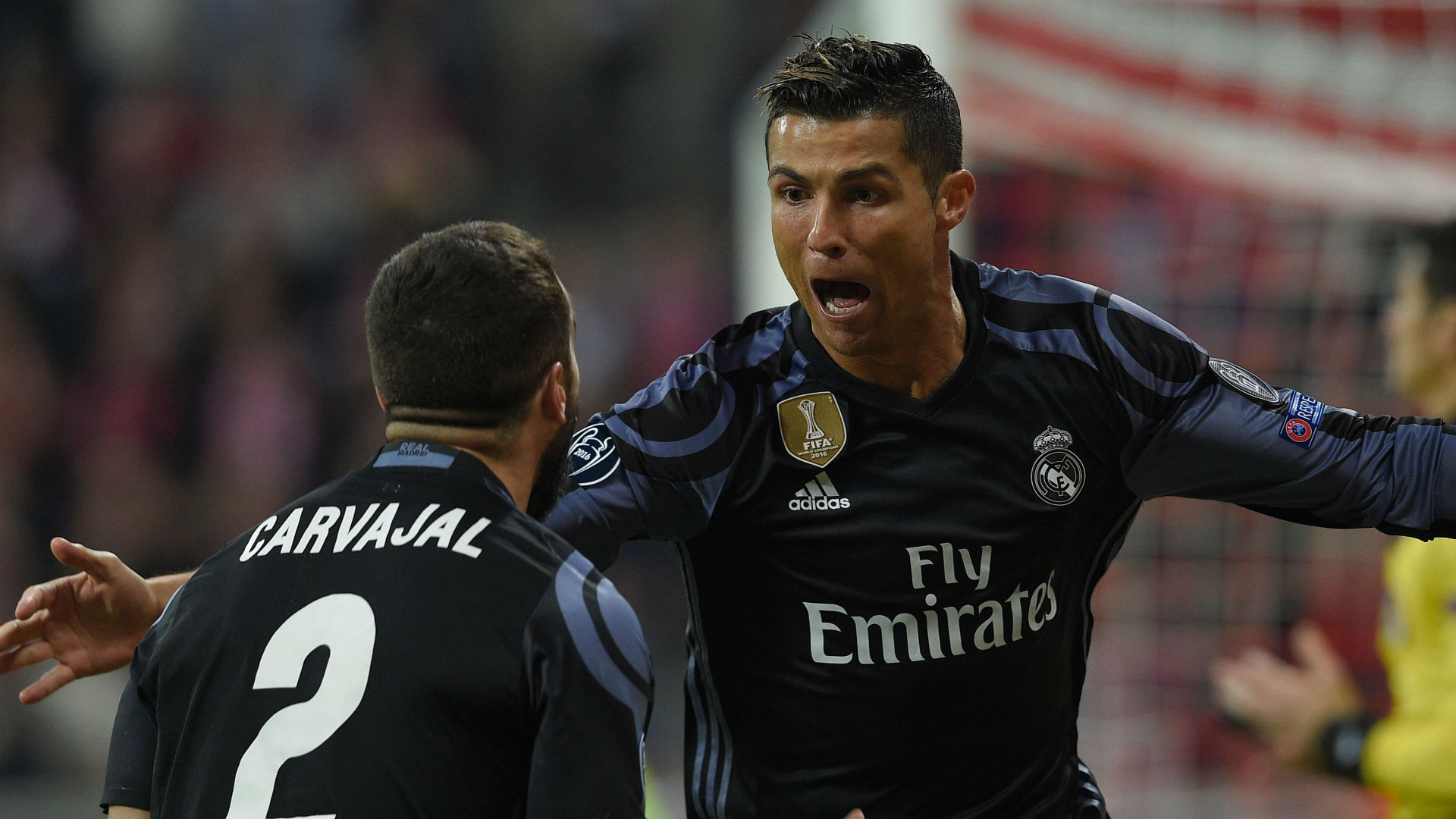 The 32-year-old's first of the night came just after half-time when he took a brilliant touch to turn home a low cross from Dani Carvajal, pulling Madrid level with the Bundesliga leaders following Arturo Vidal's opener..

That goal broke a long spell, by Ronaldo's standards, of 659 minutes without scoring in Champions League play.

659 - Cristiano Ronaldo has ended his run of 659 minutes without a Champions League goal #UCL . Relief pic.twitter.com/jV3cYcn1pI

The Portugal forward poked home a second in the 77th minute, using the bottom of his boot to slide the ball between Manuel Neuer's legs for the game-winner.

The goals continued a trend for Ronaldo, who has feasted on Bayern Munich in Champions League play, having scored five times in five previous meetings with the German side.

The win leaves Real Madrid firmly in control of the tie, with Bayern set to visit the Santiago Bernabeu for the return leg on April 18.