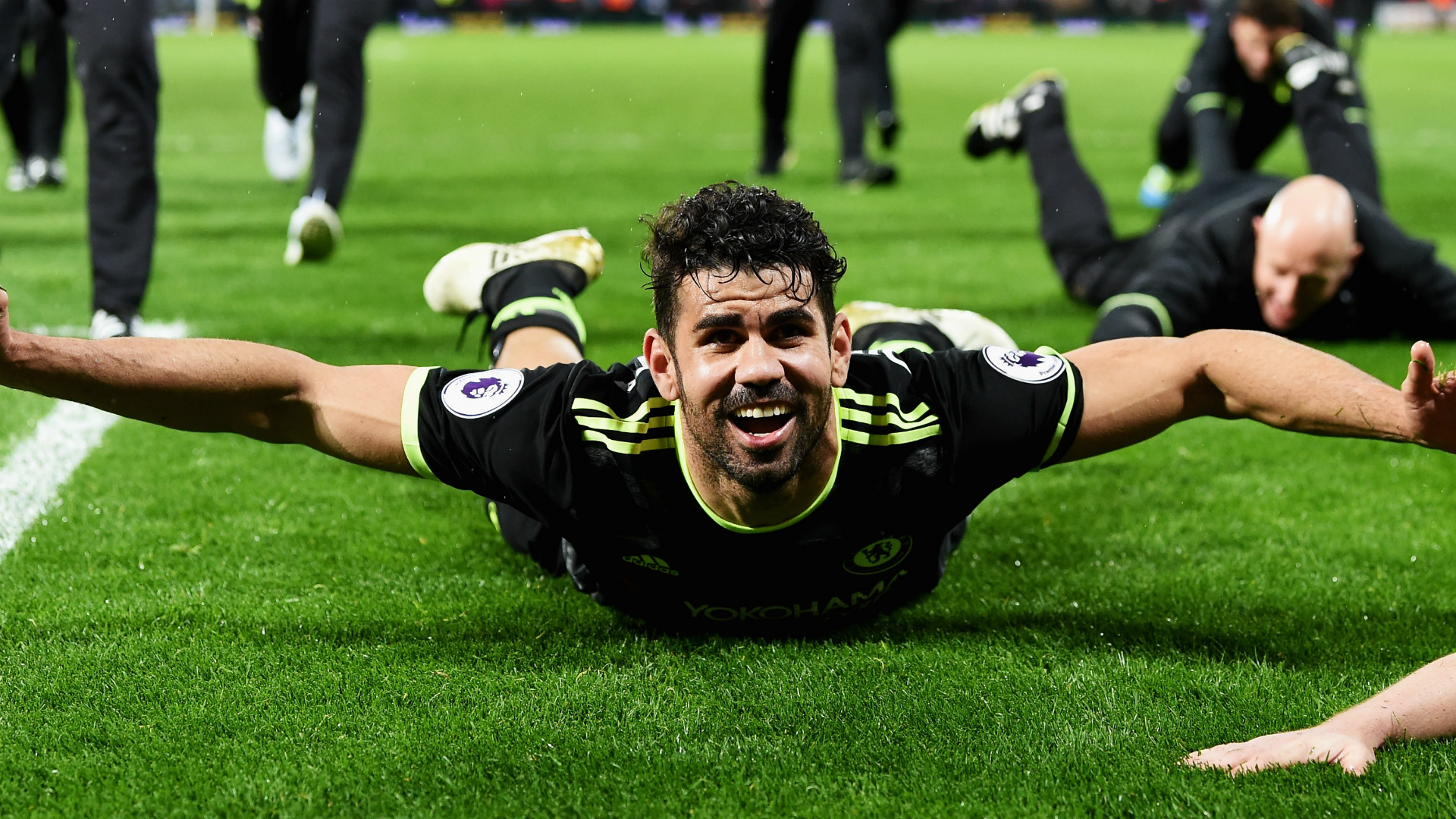 It took Antonio Conte nearly two hours to turn up for his post-match press conference after Chelsea had wrapped up the Premier League title on Friday, but Diego Costa and David Luiz ensured that their manager's meeting with reporters was brief.

Having been forced to change out of his drenched suit following a dressing room soaking, the Italian made the assembled media wait following his side's triumph.

WATCH: Conte gets a soaking!

But his players were keen to return their boss to the celebrations, as Luiz, Costa and John Terry made their way into the media suite at The Hawthorns.

And the Brazilian-born pair playfully invaded the press conference and took Conte away, prompting laughter from the throng of reporters in the room.

Conte, however, was not finished as he answered questions from the Sunday newspapers outside.

But Costa's patience soon ran out, with the former Atletico Madrid forward grabbing a fire extinguisher to try and hurry events along.

Needless to say, the Chelsea players (and their manager) are having fun in the wake of their latest triumph.