Coronavirus: Premier League postponed until April 3 at the earliest amid Covid-19 outbreak 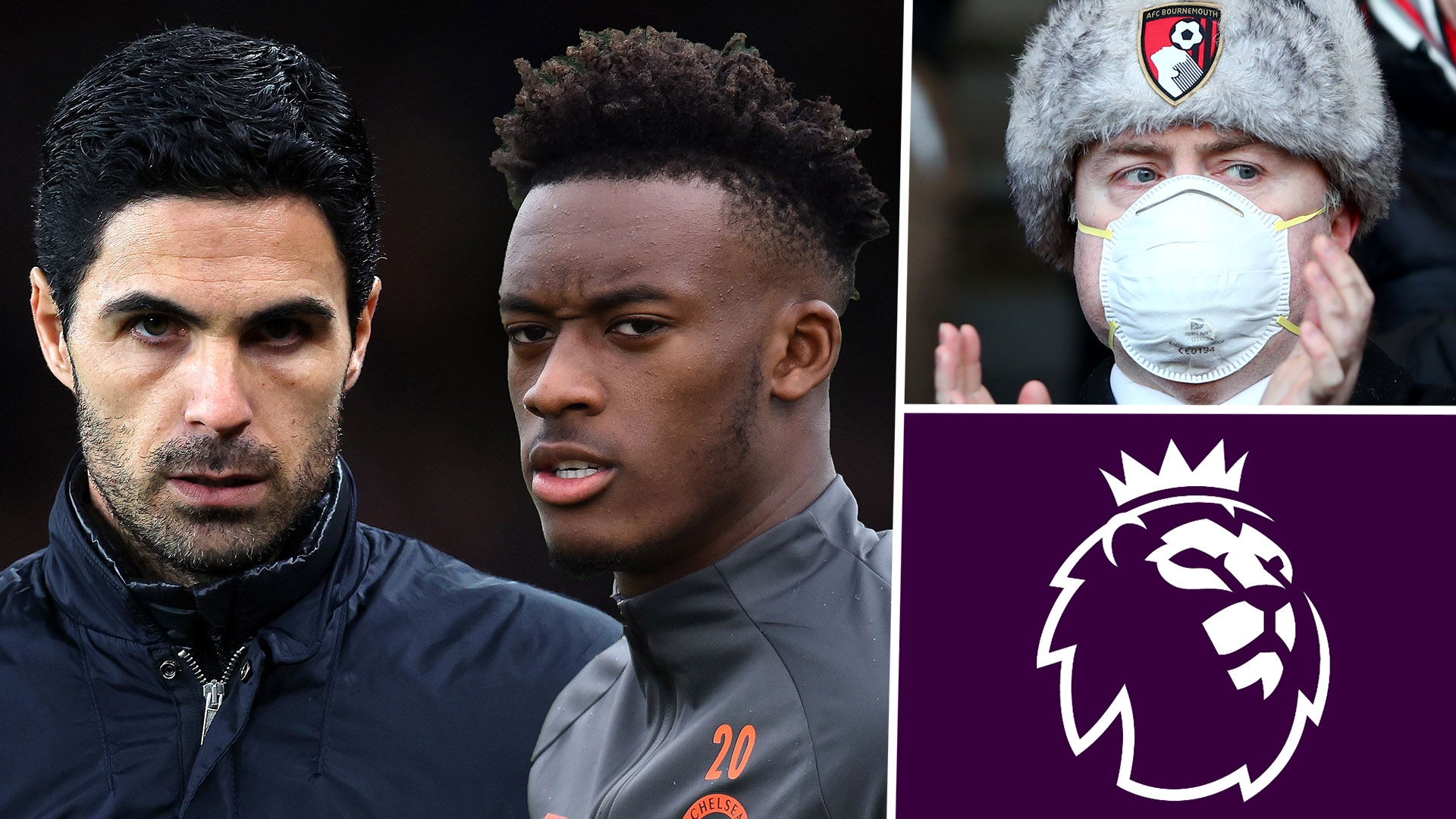 The English top-flight has followed the lead of Serie A, La Liga, MLS and Ligue 1 by announcing that all upcoming fixtures will have to be rearranged

The Premier League has announced that all upcoming fixtures will be postponed until April 3 at the earliest.

Leading divisions across Europe and around the world have already taken that course of action in a bid to contain the spread of Covid-19 - Serie A, La Liga, MLS and Ligue 1 will all be taking in enforced breaks as a global pandemic continues to wreak havoc.

And, after an emergency meeting on Friday, the decision has been made that all forms of professional football in England be postponed until at least the beginning of next month.

It was revealed on Thursday that Arsenal head coach Mikel Arteta and Chelsea winger Callum Hudson-Odoi had contracted coronavirus, while Manchester City defender Benjamin Mendy has been forced into a period of self-isolation, along with a number of Leicester City players.

As well as the Premier League, matches across the Football League in England will also be brought to a halt, along with fixtures in the Women's game and the two friendly internationals that England were due to play against Italy and Denmark.

A statement from the FA read: "The FA, Premier League, EFL and FA Women’s Super League and FA Women’s Championship have collectively agreed to postpone the professional game in England until Friday 3 April at the earliest.

"This action, which will be kept under constant review, has been taken due to the increasing numbers of clubs taking steps to isolate their players and staff because of the Covid-19 virus.

"It will also apply to all England team fixtures at every level and all FA competitions including the Emirates FA Cup and the Women’s FA Cup, along with academy and youth-team matches.

"The decision is being made purely on the number of cases requiring self-isolation and the impact on facilities. Given the steps being taken across clubs, there is no alternative but for today’s action. However, all parties are committed at this time to trying to complete this season’s domestic fixture programme and are liaising to establish appropriate options to do so.

"We are liaising with the National League pyramids (men’s and women’s) and will continue to offer guidance and support. Any decision to continue playing or to postpone their respective competitions is a matter for each league as autonomous bodies within the game.

"With respect to the senior men’s fixtures against Italy and Denmark at Wembley Stadium, refunds will be processed to all ticket buyers within 14 working days.

"Monies will be returned to the card used to make the original booking. The refund process for England’s MU21 and MU20 home fixtures is still to be confirmed.

"UEFA had already confirmed that all Elite Round qualifiers across U17 and U19 age groups had been postponed. Europe’s governing body will meet on Tuesday to discuss further implications for international football including national-team and club competitions.

"We will continue to monitor all Government advice with the situation under constant review, with the priority being the health and well-being of all. Further updates will follow in due course."

A Premier League statement added on the decision: "Following a meeting of Shareholders today, it was unanimously decided to suspend the Premier League with the intention of returning on 4 April, subject to medical advice and conditions at the time.

"Premier League Chief Executive Richard Masters said: 'Above all, we wish Mikel Arteta and Callum Hudson-Odoi speedy recoveries, and everyone else affected by COVID-19.

"'In this unprecedented situation, we are working closely with our clubs, Government, The FA and EFL and can reassure everyone the health and welfare of players, staff and supporters are our priority.'

"Despite the challenges, it is the Premier League’s aim to reschedule the displaced fixtures, including those played by Academy sides, when it is safe to do so.

"In this fast-moving environment, further updates will be provided when appropriate."

"As a result, the SPFL has announced the postponement of this weekend’s and following midweek’s fixtures, starting with tonight’s Premiership match between Motherwell and Aberdeen and the Championship match between Queen of the South and Ayr United.

"The Scottish FA and SPFL will continue to liaise with governments and UEFA in relation to domestic, European and International fixtures in the coming days and more information will be communicated at the appropriate time."